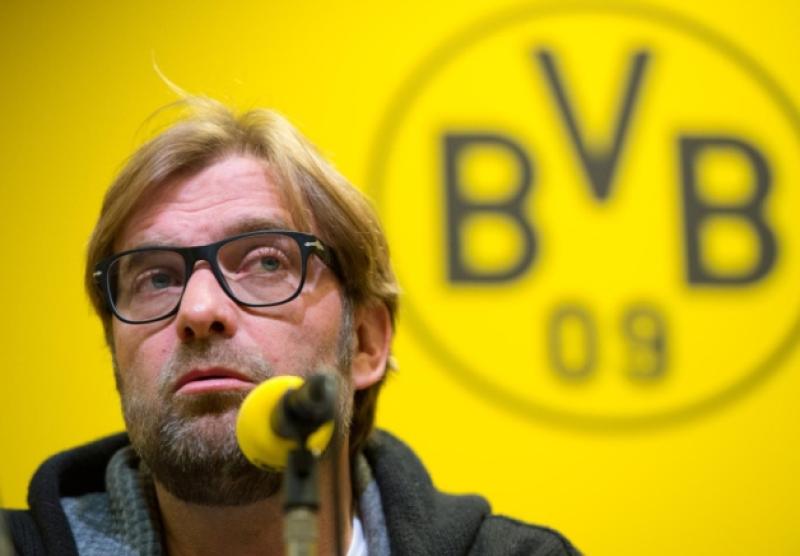 When Sir Alex Ferguson announced he was retiring from his position as the Manchester United manager there was a brief sadness…….and then excitement.

When Sir Alex Ferguson announced he was retiring from his position as the Manchester United manager there was a brief sadness…….and then excitement.

One hugely successful era was drawing to a close and a new one was beginning. Fergie may have been going, but Manchester United – one of the great bastions of world football – would live on.

The same principles apply to Jurgen Klopp and Borussia Dortmund. The man so synonymous with the rebirth of the Westphalia club announced last week that he would be stepping down after seven years in charge of Die Schwarzgelben. His departure will inevitably hurt – no one wanted to end this way – but Dortmund were successful before Klopp, and they will be successful again after him.

The news of his exit was met with a mixture of shock and melancholy but, in reality, it was inevitable. All good things must come to an end and after six seasons of unparalleled success Klopp’s reign was beginning to unravel - for a multitude of reasons.

Constantly having to replace his best players which meant regularly losing key performers and the repetition of their playing style by the opposition all contributed towards a rapid decline – a perfect storm of which he and the club weren’t able to ride out effectively.

Leaving now might seem like he is abandoning a sinking ship but there is nothing left for Klopp to achieve at Signal Iduna Park. He took Dortmund to places they’d never have imagined back in 2007 when they hovered on the brink of bankruptcy and relegation. Consecutive Bundesliga titles, a German Cup, a Super Cup and Champions League final appearance all achieved off the back of a net spend of just €3 million.

They became the football hipster’s wet dream and then transcended that to become one of the most loved and admired across the world. While the wacky, eccentric, brilliant Klopp was a large part of that, the love affair won’t end with his departure.

On Sunday evening, Dortmund moved swiftly to announce Thomas Tuchel as their new head coach. The in-demand Tuchel was a no-brainer. Very much in the Klopp mould, he plays a vibrant, exciting brand of football and, coincidentally, is a former coach of his predecessor’s old team, Mainz.

Tuchel worked relative wonders with the small, Rhine-based club as his reputation grew with each passing season before taking a year-long sabbatical. He is very different to Klopp, though.

More introverted and analytical, he is renowned for being extremely tactically astute – something Dortmund have lacked a little under a coach who only knows one way – full throttle - so the squad he inherits will only need tweaks here and there rather than major surgery.

Where to now for Klopp? Having spoken numerous times about its lure, one would assume he is Premier League-bound with possible destinations in Manchester City, Arsenal and even Liverpool.

You would imagine his style of football is perfectly suited to the English game and the media will adore his madcap antics but, despite his success, question marks will remain. Having worked off a meagre budget since his arrival in 2008, last summer’s transfer market splurge was a relative disaster with the majority of his big-money signings missing the mark.

Would Manchester City trust him with their billions while Liverpool’s owners, FSG, have already had their fingers burned before. Arsenal, with their general frugality, may be the best bet but Arsene Wenger looks like carrying on for a while yet. The way, for now, may be blocked for Klopp.

Whatever he does, wherever he goes, he will never be forgotten by the BVB faithful. For six seasons he gave the Yellow Wall the ride of its life, transforming the club before their very eyes.

He will forever hold a special place in their hearts, I’m sure, but a new era beckons now under an exciting young coach that won’t have to do too much to reinvigorate a club whose vibrancy now knows no bounds.