The yellow wall will weep until Dortmund restore their greatness 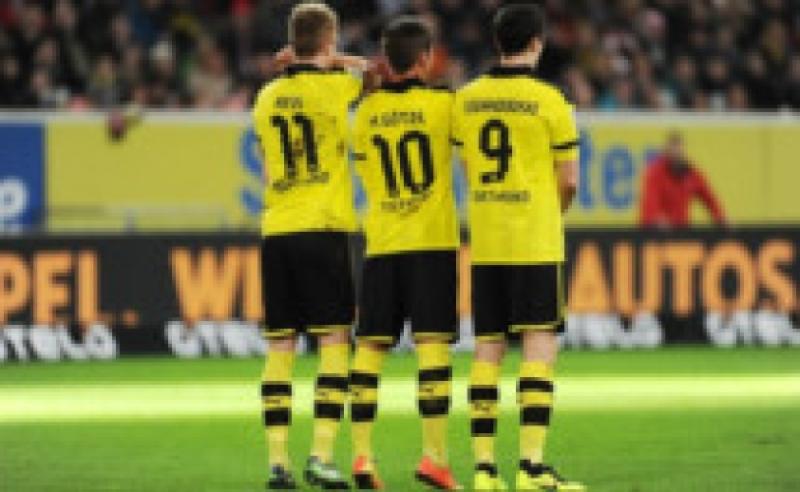 The scenes at the Westfalenstadion last Wednesday evening were quite surreal.

The scenes at the Westfalenstadion last Wednesday evening were quite surreal.

With Borussia Dortmund falling to their first home defeat in their history to Augsburg – subsequently leaving them rooted to the foot of the Bundesliga table - everyone watched in complete amazement; not just at the predicament the side were in but also at the sight of Mats Hummels and Roman Weidenfeller’s attempts to console and placate their understandably upset fans afterwards.

Needless to say, that type of rapport between a squad and its supporters doesn’t really exist anywhere else; one more example of how just how special the club remain despite their troubles.

Trying to make sense of such a spectacular collapse, though, is particularly difficult because there’s not any one specific reason. In Dortmund’s case, it has been a multi-faceted car crash of stunning proportions.

Their defeat in midweek saw them hit rock bottom, not just of the Bundesliga table, but psychologically; they had plumbed the depths of their worst nightmare. In Jurgen Klopp’s seven campaigns in charge to date, this is as bad as it has ever gotten. They have lost 11 of their 20 league games and scored just 21 goals. While confidence is at an all-time low, and that is hugely significant, it is not an excuse and it is not the sole reason for this season’s catastrophe.

One of Dortmund and Klopp’s greatest achievements has been their ability to carry on competing at the top despite having their cherries picked at the end of every season. Each campaign for the last four seasons, at least one of their marquee players has left for greener pastures. Initially it was Nuri Sahin, then Shinji Kagawa, with Mario Gotze following two summers ago for Bayern Munich.

With hindsight, though, it seems Robert Lewandowski’s defection to Bayern was the straw that broke the camel’s back. Never has it seemed more obvious that he was the essential component of each version of Klopp’s Dortmund than the sight of Ciro Immobile and Adrian Ramos straining and struggling so ineffectively to replace him.

In the purest sense of the word, the Polish international, along with Diego Costa, is probably the world’s best striker. His ability to hold up the ball and link the play, as well as run the channels and play off the shoulder of the last man is unparalleled.

His first touch is sublime and his finishing ability, with both feet and in the air, is as deadly as they come. He had a telepathy-like understanding with the Dortmund players around him. Whilst it’s easy to see now, Immobile and Ramos, individually or collectively, just don’t make up the sum of his parts and their inability to recreate the effect their predecessor had on this team has been cataclysmic.

The confusion surrounding their horrid domestic form has been made even more complicated by their sparkling performances in the Champions League, qualifying easily from a fairly tough group including Arsenal, Galatasaray and Anderlecht.

A possible reason for that, and another for their overall malaise, is that their famous ‘Gegenpressing’ – the fast-tempo pressing game they have utilised so successfully over the years – has been replicated by a number of Bundesliga sides and has therefore become slightly redundant in Germany despite remaining so effective in Europe.

Add the confidence issues of such a horrific run of form, the loss of a totemic presence in Lewandowski, injuries to key players and a general reproduction of their style by half the league, it is easy to see why a perfect storm has formed with Die Schwarzgelben directly in its eye.

Having reached a nadir last Wednesday against Augsburg that not even the greatest pessimist would have thought possible, the only way is surely up and their win against fellow bottom dwellers Freiburg on Saturday was an indication that they may just be on their way back.

It’s too early to tell whether a full turnaround is in progress and the old Dortmund will return but Klopp and his squad haven’t suddenly become terrible overnight. He remains one of the best coaches in world football and his charges still ooze quality.

It’s about time they remembered that and find another way to become great again. Improvise, adapt and overcome.