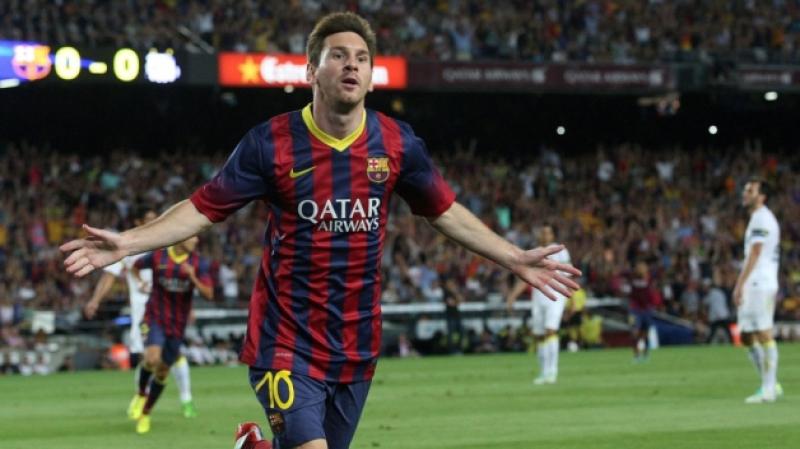 In a 17 minute spell against Bayern Munich in the first leg of their Champions League semi-final two weeks ago, Barcelona’s Lionel Messi gave one of the single greatest performances in modern football.

In a 17 minute spell against Bayern Munich in the first leg of their Champions League semi-final two weeks ago, Barcelona’s Lionel Messi gave one of the single greatest performances in modern football.

On the biggest stage, against one of the best teams in Europe, the little Argentinian produced a masterclass. On RTE’s coverage afterwards, Liam Brady summed it up brilliantly: “It wasn’t football, it was magic”.

On Sunday evening, Messi scored the winning goal against Atletico Madrid to win Barcelona the La Liga title with a week to spare.

It is incredible to think that Messi is only hitting the prime of his career - he celebrates his 28th birthday in June. An unstoppable force for the last decade, he is beginning to morph into some kind of supreme alien being of which everyone is finding it hard to comprehend. His evolution over the last ten years seems to have come in three stages.

As a precociously talented 17-year-old, then Barcelona boss Frank Rijkaard gave the La Masia graduate his debut against Espanyol in the Catalan derby.

He would make only seven appearances that season but quickly made an impression with fearless performances full of skill and daring. His first goal against Albacete, making him Barca’s youngest ever goalscorer, was a sign of things to come.

Under Rijkaard, Messi would generally play as a right winger cutting inside on his left foot as part of a dynamic attack with the likes of Ronaldinho and Samuel Eto’o. He would score lots of goals in that position – 42 in 110 – but his prolific potency in front of goal was yet to come.

The Blaugrana boss felt he needed Messi to be more involved in the play to maximise his talents. Ten minutes into the final Clasico of that season at the Bernabeu, Guardiola gave Messi the signal to drift from his right wing position into a ‘false nine’ spot, more central, but deeper than a natural centre forward.

There, the Barca maestro would create havoc, drifting between the lines where defenders couldn’t pick him up, not knowing whether to stick or twist. They won 6-2. He scored twice and could have had another four.

With Guardiola’s guidance, Messi would become the deadliest finisher the game has seen, breaking records left, right and centre. In 219 games, he amassed an eye-watering 211 goals, accelerating from a goal every other game under Rijkaard to a goal a game under Pep. In Guardiola’s final season, he would score a scarcely-believable 73 goals in just 60 games.

Even after Guardiola’s exit, Messi would continue to indulge his exploits in the ‘false nine’ position. Under the tutelage of the late Tito Vilanova and Gerardo Martino he managed another 101 goals in a mere 96 games over those two seasons.

Despite Messi’s goal rushes, Barca have struggled in recent seasons to match the heights of the Guardiola era.

They suffered a humiliating Champions League exit in 2014 at the hands of Diego Simeone’s Atletico Madrid and surrendered their La Liga title to the same opposition. The catcalls of ‘the end of an era’ reached a cacophony.

Luis Enrique’s appointment as coach, though, has seen a revitalisation and an evolution not just in Barca’s style but in Messi, too.

The signing of Luis Suarez and his integration within the Barca forward line has had a devastating effect. Despite initially remaining in a central role, with Suarez on the right of the front three, Messi’s move back to the right, with the Uruguayan playing as the central striker, has seen his career come full circle – but with the added intelligence and maturity of a decade’s experience.

Cutting in off the right – as well as drifting across the entire front line – he has become not just a goalscorer, but a playmaker supreme. In 55 games this season he has managed an astounding 56 goals, registering 29 assists.

That first leg performance against Bayern was his season in one 15 minute spell: a belting 20-yard finish coming in off the right wing; a jaw-dropping, slaloming dinked finish over the best goalkeeper in the world, finished off with a magical defence-splicing pass for Neymar’s last-gasp goal.

With La Liga already sewn up with thanks to his match-winning effort last Sunday evening, another treble could be on the cards with Copa Del Rey and Champions League finals to come. In this form, you wouldn’t back against him winning the lot.

2015 will be known as the year Lionel Messi evolved into the greatest player that ever played the game of football.