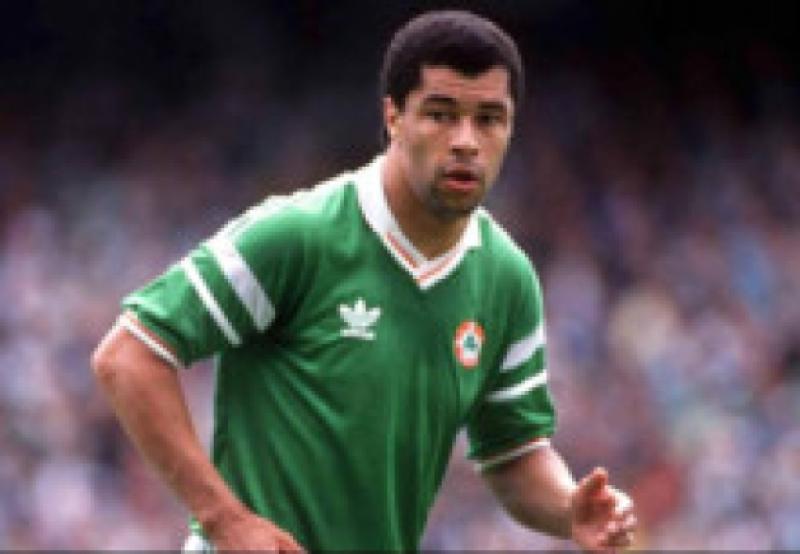 Giants Stadium, June 18, 1994. There’s a contrasting clip at the end of an extraordinary opening World Cup match between Ireland and Italy.

Giants Stadium, June 18, 1994. There’s a contrasting clip at the end of an extraordinary opening World Cup match between Ireland and Italy.

Paul McGrath, drenched in sweat, clenches his right fist – probably because he couldn’t feel his left one - and punches the air in determined delight. The camera cuts to Roberto Baggio, ‘the divine ponytail’, who grimaces painfully like he’s just been given the game of his life. He has. McGrath has snuffed both he and his strike partner Beppe Signori out of the game with 21 blocks, tackles and clearances in total.

It must be said that Phil Babb, his central defensive partner, also had a fine game but McGrath was exceptional. It was one of the finest performances ever seen on the international stage.

Not just because he’d eclipsed such a revered forward line in Baggio and Signori but because he did it with a virus that had left him practically paralysed in one arm. He would lend the phrase ‘one hand tied behind his back’ more credibility than anyone who’d ever gone before him.

There’s a passage of play in that game around the 20 minute mark that encapsulated the defender’s display that day. Within a matter of ten seconds, McGrath connects with and clears two headers and then bravely blocks Signori’s goal-bound effort with his chest by flinging himself at the ball whilst still on his hands and knees.

It set a marker for the rest of the match: whatever the Italians threw at him, he would not be passed.

That 94 minute game would be McGrath’s zenith. His What’s The Story, Morning Glory; his OK Computer. When the great individual performances are discussed, it will be up there with the likes of Roy Keane v Juventus in 1999 or Ronaldo v Manchester United in 2003, to name just two.

Remarkably, McGrath’s career was in its twilight at that stage. He would only play another four more years for club and country. He had undergone numerous knee operations and the cartilage that had held the joint together was nearly gone. The pain had become nearly unbearable. So too had his personal life.

There’s little point in rehashing those events, they’re well detailed now, but they made McGrath all the more admirable. It made him lovable, in fact, that he could play and perform to this immense standard under such duress.

To this day, Aston Villa supporters still refer to him as ‘God’. The chant still rises in the Holte End: ‘Paul McGrath my lord, Paul McGrath’. One fan, a Villa Park regular for 60 years, still refers to him as the best player he’s ever seen.

McGrath was a special talent. If he was a step behind in pace, he was four steps ahead in thought. He had a savant-like gift that allowed him to almost see the play in the abstract. To know exactly what the opposition was going to do before he knew himself.

For a defender, he was particularly gifted on the ball, too. Equally comfortable on either his left or his right, he could easily pass his way out of trouble. He was also fearsome in the tackle and as brave as a lion.

The midlands’ club got the best of the black pearl of Inchicore. At 30 years of age, Graham Taylor rescued him from the depths of despair at Old Trafford and from there, McGrath would rebuild his reputation as one of the finest centre-halves to come from these shores.

With him at the helm of their defence, Villa finished league runners up in 1989/90 and 1992/93 but would twice lift the League Cup with the Irishman playing starring roles in both finals.

Few players in the Premier League era have captivated hearts the way he did.

It’s nearly twenty years since Paul McGrath retired but his legend will echo an eternity and the memory of his sweat-stained grimace on that sweltering New Jersey afternoon will linger another lifetime or two.