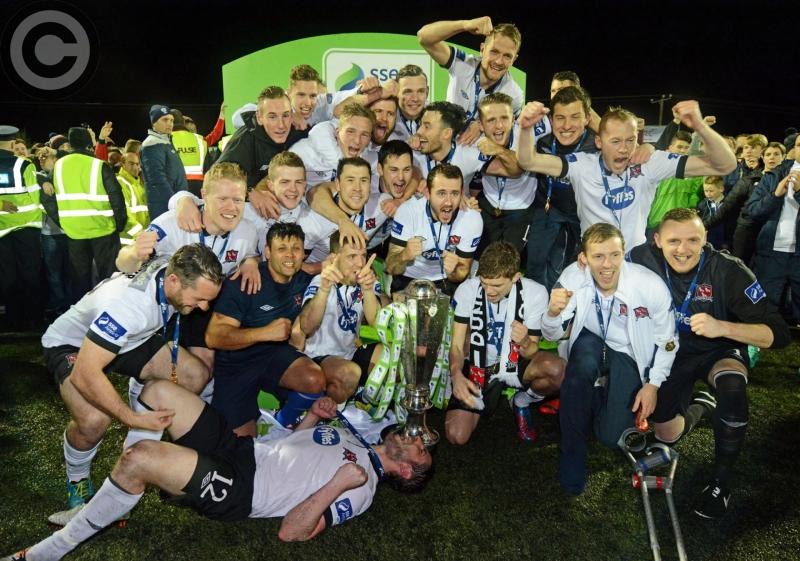 With eight minutes left in an exhilarating season, Brian Gartland sealed perhaps the most wonderful league title triumph in Dundalk's history. ‘La Decima’, as it is affectionately known.

The Lilywhites secured their tenth league championship less than two years after saving themselves from relegation to the First Division, but more importantly from extinction. This before Stephen Kenny was coaxed to the club.

Kenny would go close in year one, finishing second after a few end-of-season blips and history looked to be repeating itself as a stuttering run preceded the final game where Cork City only needed a share of the spoils in the league decider to win the title.

October 24 was a carnival occasion at Oriel Park with over 6,000 crammed in. Indeed, such was the demand for tickets, temporary seating was placed behind the Carrick Road end of the ground to cater for the higher than normal attendance.

After a first half where Cork went closest when Billy Dennehy shaved the post, Stephen O'Donnell eased the home side’s nerves after half-time by opening the scoring, but Gartland finally made supporters believe that the impossible was happening. That moment when the centre-half dug the ball out from under his feet and stabbed home from close range, that was the winning of the title and a defining moment for a team which would go on to achieve greatness. A defining moment.