McNulty the hero in Cork as Lilywhites claim the title - 1991 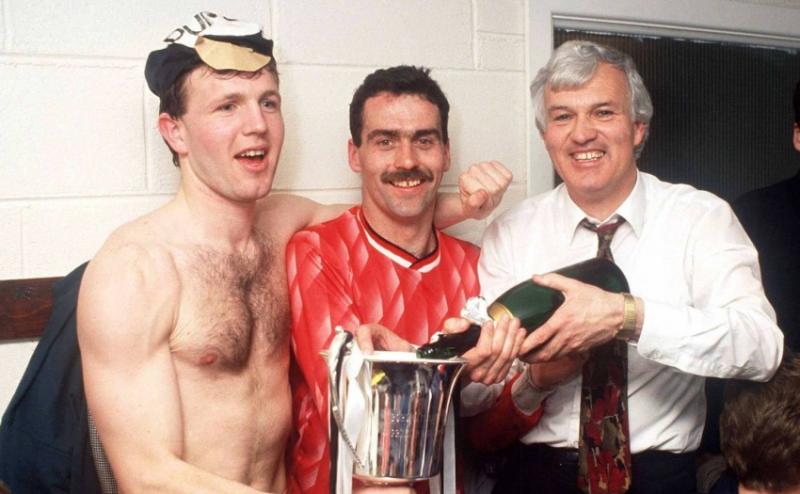 In the 73rd minute of the title decider between Cork City and Dundalk came the decisive moment. Mick Shelley won a midfield tussle before finding Terry Eviston, who sent Gino Lawless away. Lawless drew the home defence before picking out the inrushing Tom McNulty and he beat Phil Harrington, scoring off the post.

The finish was McNulty’s 10th league goal of the season, but by far the most significant. In that moment, the Scottish-born midfielder won Dundalk their eighth league title in front of 10,000 supporters at Turner’s Cross, many of whom were backing The Rebels.

In a largely forgettable game at the end of a campaign which had begun with a 5-1 home thrashing to Shelbourne, 'keeper Alan O’Neill went on to keep a club-record 23 clean sheets, while conceding only 12 times in 32 matches.

Peter Hanrahan finished as the division’s top-scorer, however, it was McNulty's goal which will make that campaign forever remembered.

Amidst the contrasting emotions of unbridled joy for the small pocket of visiting fans and the utter dejection of the majority, ‘skipper Martin Lawlor accepted the league trophy - the second won under Turlough O'Connor's tutelage. Ultimately, it was that moment with 17 minutes to go that wrote a memorable chapter in the club's history.