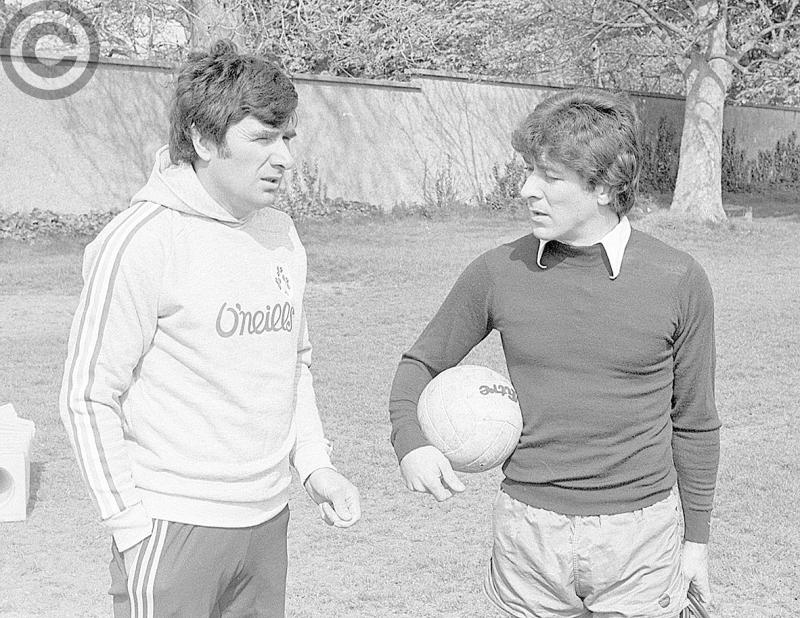 Even in defeat, Mick Lawlor’s goal at Parkhead in the 1979 European Cup tie with Glasgow Celtic had Dundalk FC on the brink of a quarter-final with the other mighty men in white, Real Madrid.

Trailing 3-1 at half-time in the first leg, Lawlor was introduced by Jim McLaughlin and firmly ‘threw the cat amongst the pigeons’.

Keeper Richie Blackmore had been superb in restricting Celtic to just the three goals, as were the defence in front of him, and within five minutes of his introduction, Lawlor had rewarded their bravery. In only Dundalk’s second meaningful foray into the

Celtic half, a one-two with Terry Flanagan saw Lawlor go through on the advancing Hoops net-minder, Latchford, before nonchalantly flicking over the Englishman's head. It took an age for it to nestle in the net, but, when it did; what a moment!
Celtic Park was stunned.

This gave Dundalk a chance of overturning their deficit in the second leg at Oriel Park, but, despite another wonderful display of rear-guard action in front of approximately 20,000, there was to be no goals.

However, the tie was still alive up until the final minutes, where Tommy McConville went close, thanks to Lawlor's moment of magic.