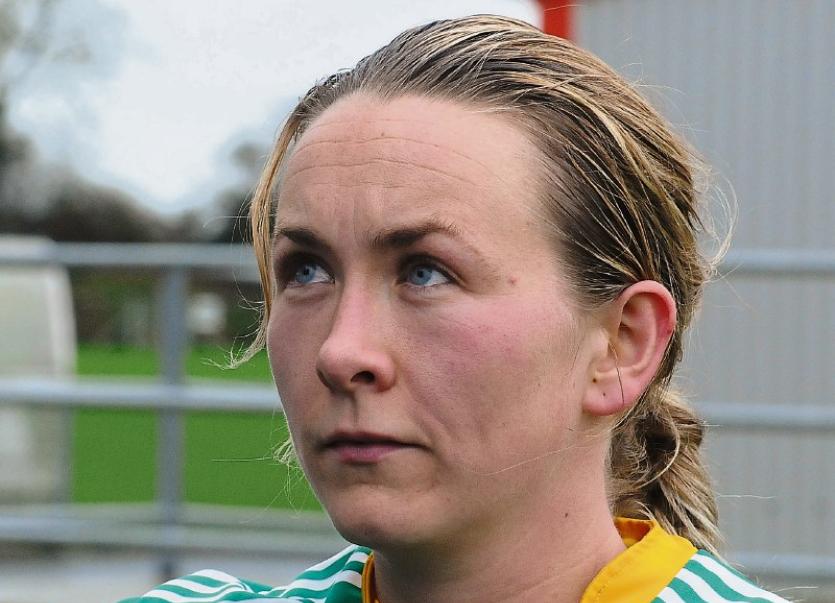 Leitrim Ladies open their 2021 season next Sunday when Louth are the visitors to Pairc Sheain Ui Eslin in Ballinamore for a crucial Lidl NFL Division 4 tie (2pm throw-in) and captain Clare Owens is setting her team’s sights on promotion back to Division 3.

“We would love to be playing Division 3 football,” Clare told the Democrat ahead of Sunday’s game, “If you are going to be competing at Intermediate level in the championship, division 3 is where you need to be.”

But the St Joseph’s player is not looking too far ahead despite the stated ambition of winning promotion back to Division 3: “I’m a big believer in incremental improvements and there is no point in saying I want to have a medal by the end of September if you lose sight of what you’re doing.

“Division 3 is where we want to be so that is the long term goal. We haven’t set specific targets but Louth is as far as we’re looking at this moment. It is a big game for us, the first game of the year and the aim is to come out of Ballinamore with a win.”

Louth are the immediate test and you sense Clare and her teammates have been waiting on this game for a long time, in fact since the Green & Gold suffered their only loss in the 2020 League campaign that was cut short by the Covid-19 pandemic!

“Definitely, Louth were the ones who got away last year,” recalls Clare of the 1-14 to 2-10 loss, “It was a very, very long journey out to the Cooley peninsula so we’re definitely looking forward to welcoming them to Leitrim next Sunday.”

Louth are one of Leitrim’s main obstacles in the battle for promotion: “We have Louth, Derry and Antrim and in an ideal world, you might want the games to go the other way but we don’t really know how any of the teams are going. We beat Derry comfortably enough last year but who is the say, they could have had a great lockdown, the same with Antrim.”

Coping with the most recent Lockdown has been a challenge, one that won’t be fully answered until the first ball is kicked in anger according to the Leitrim captain: “We’ve been back for two or three weeks and I have to say it has been brilliant. We’ve been lucky with the weather and it is great to get back playing a contact sport.

“Trying to keep doing stuff over lockdown is grand but until you are taking tackles or are trying to tackle a player, you don’t really know where you are at.”

The uncertainty about when gaelic games would return added to the challenges facing Leitrim’s players but Clare stressed that the desire is strong in the Leitrim squad: “There was a period when I was wondering would it be late Summer or Autumn before we were back but once they started to talk about the return of county football, it was easy enough to keep going.

“If you wanted to be playing football when we went back, there was no point in us all landing not being able to move so I think that was the motivation, that when we get back to collective training, the more football we can play the better.”

Keeping the momentum generated by the arrival of Hugh Donnelly as manager was not hard according to Clare: “There was momentum at the end of last year and I am glad to say that somehow it has managed to keep up - the first night we were back training, you could feel it straight away.

Trust was also key with Hugh Donnelly trusting the players to do the necessary work away from organised squad training during the Lockdown: “We knew what we had to do each week but you had your training programme and if you stuck to the schedule of Wednesday, Friday and Sunday as much as possible, even when it was by ourselves.

“You can get very tired of Zoom classes but it was just the right balance of enough interaction that you kept motivated but not too much that you wanted to turn the computer off. Hugh outlined what we needed to do, we tried as much as possible to stick to our schedule.

“We didn’t have too much Zoom but there was a lot of interaction and you might team up with a clubmate from the county but there was a good openness of who was doing what and if you missed a session, you made it up.”

That mood is definitely spreading to the supporters with fans expecting a strong showing from the Green & Gold ladies, although Clare admits that outside pressure will not impact the Ladies squad: “I have no idea what perception people have of Leitrim ladies. If they are expecting big things, great. If they’re not, that’s fine too.

“I’d imagine a neutral who has seen us in the last while would say it can only be a point or two in the difference of whoever comes out on top next Sunday but we will have a go at it and see where we end up.”