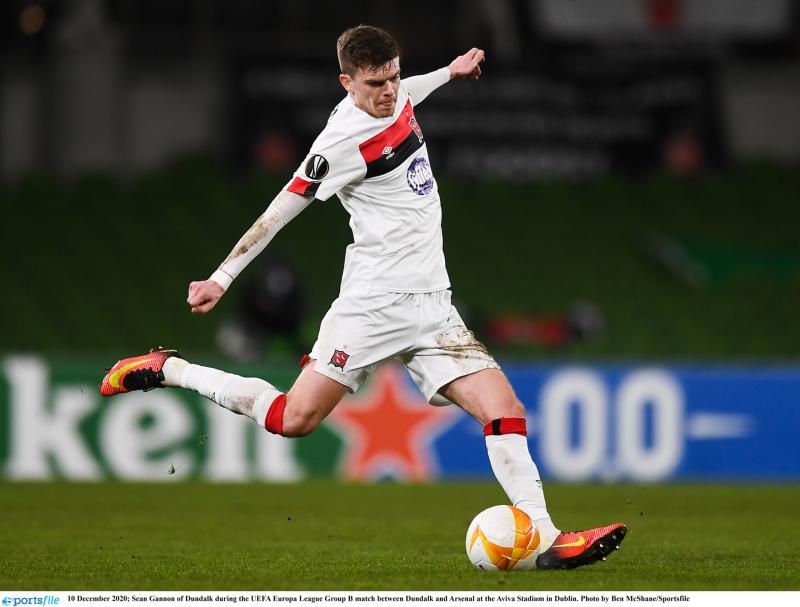 Sean Gannon in action against Arsenal during the Europa League

Dundalk FC have been rocked with the news that Sean Gannon has signed for Shamrock Rovers, bringing an end to a thoroughly successful seven-year stint with the Oriel Park club.

The Democrat first revealed Shamrock Rovers’ interest in the right-back last month, but St. Patrick’s Athletic had emerged as the favourites to acquire his signature in recent weeks.

Dundalk had, this week, made a last-ditch attempt to keep the popular 29-year-old at Oriel. And, it was thought that given the fact Gannon and new sporting director Jim Magilton are both represented by the same agency, a deal to keep him at Oriel Park would be brokered.

However, negotiations had fallen through after the club could only offer him a one-year deal.

Gannon follows another ex-Lilywhite in Sean Hoare, who also departed to join the Tallaght-based club on Monday. Meanwhile, long-serving midfielder John Mountney has agreed to join St. Pat’s, and the club have released Aaron McCarey, Dane Massey and Nathan Oduwa.

In more positive news for Dundalk, the retention of Brian Gartland, Cameron Dummigan, Sean Murray, Daniel Kelly and David McMillan is set to be announced later in the week.