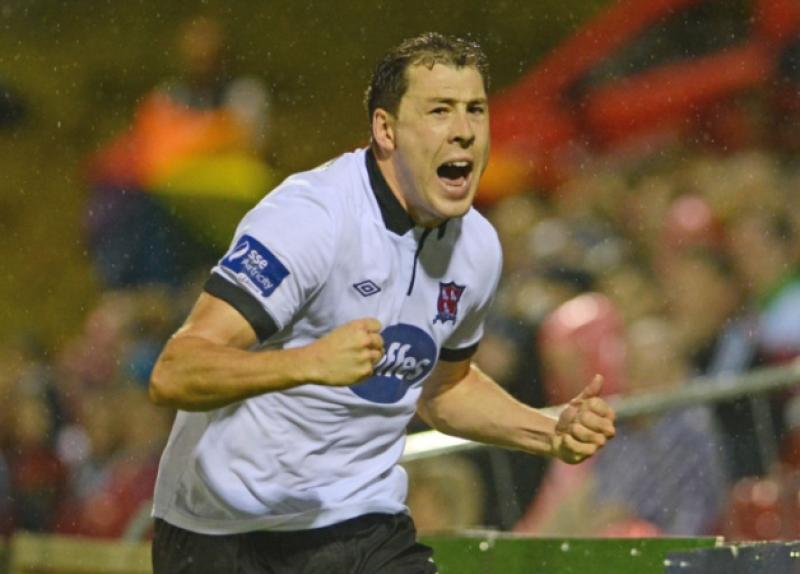 Dundalk FC ended their long wait for a win in the SSE Airtricity League on Friday night, courtesy of a 3-2 win over Shelbourne in what was an enthralling spectacle at Oriel Park.

A win and three points in Filippo Giovagnoli’s first league game in charge of Dundalk meant that the club had, in fact, set a new club record of 26 unbeaten league matches at home.

The main subject of debate pre-match was in relation to Giovagnoli’s decision to drop veteran goalkeeper Gary Rogers for second choice Aaron McCarey, who was making just his second league appearance since signing for The Lilywhites at the beginning of last year.

Playing what looked to be a 4-3-3 formation, Dundalk started this game brightly and had the  first chance of the night through captain Chris Shields, but he fired a long way off the target.

Giovagnoli’s call to shape-up things paid instant dividends and his new side found themselves ahead after just four minutes when Republic of Ireland hopeful Michael Duffy unleashed a magnificent strike from outside the box, giving Colin McCabe little chance.

Now starting to resemble the Dundalk of old, the hosts doubled their advantage on 11 minutes when Stefan Colovic’s corner from the left was met by the downward header of Brian Gartland, with Giovagnoli’s side already looking home and dry in this encounter.

However, after that, Shels started to battle their way back into the game and Dayle Rooney headed over from a Denzil Fernandes cross as Ian Morris’ side started to gain confidence.

They got themselves back into the game on 20 minutes when George Poynton’s free-kick from the left was met by the head of Daniel Byrne, who glanced his header past McCarey.

Disaster struck for the hosts just four minutes later when Gartland was, contentiously, adjudged to have fouled his former Dundalk teammate Ciarán Kilduff inside the area.

Another ex-Lilywhite, Poynton, then stepped up to take the resulting penalty kick, and he confidentially dispatched from 12 yards out, sending the deputy McCarey the wrong way.

Darragh Leahy and Seán Murray both threatened to restore Dundalk’s lead while, at the other end, Ryan Brennan fired miles over the top right on the stroke of the half-time break.

Four minutes after the restart, Colovic’s cross was met by the outstretched leg of Duffy, but the Dundalk winger couldn’t direct his effort on target as the hosts looked to restore parity.

Dundalk did regain their advantage on 59 minutes, though, when Sloggett dispossessed Seán Quinn before rifling a powerful shot from just outside the box and into the top corner.

The Lilywhites were then looking to kill the game off for sure and Shields saw a flashed shot sail agonisingly wide of the post with substitute Daniel Kelly firing over not long after that.

Seán Gannon was summoned late into proceedings and he almost made an immediate impact, but couldn’t get enough power on his effort following a really neat passage of play.

Dundalk never looked in too much danger of relinquishing their advantage for a second time and moved back up to third in the league, with the squad now turning their focus onto next Thursday evening’s Europa League qualifier with Andorran champions Inter Club Escaldes.