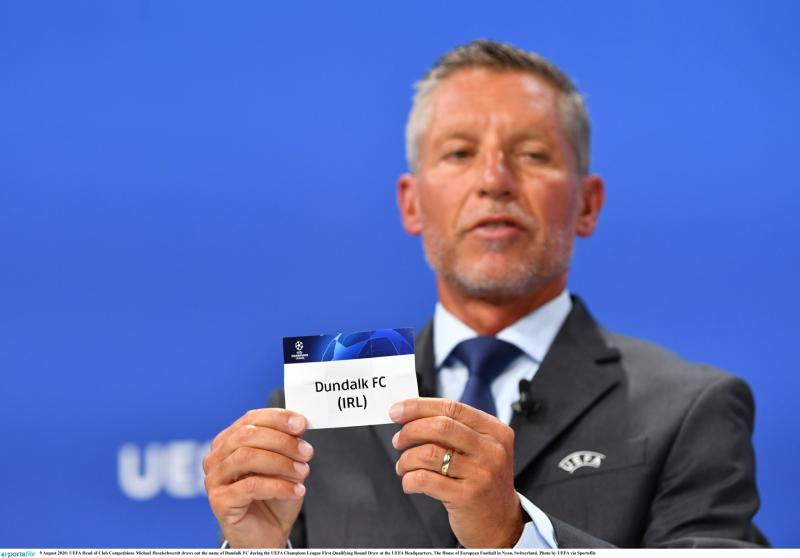 Dundalk FC have been drawn to face Slovenian champions NK Celje in the first qualifying round of the Champions League, which took place in Nyon, Switzerland on Sunday morning.

Slovenia has not been included on the Irish government’s green list, meaning Dundalk, who were eliminated at the second qualifying round stage of last year’s competition before dropping into the Europa League, will face Celje at a neutral venue on August 18th-19th.

Founded in 1919, Celje are debutants in the Champions League having won their very first Slovenian League title in what was their centenary year in 2019/20. In fact, this will be the first time that Celje have played in any form of European competition since 2015 when they were beaten in the first qualifying round of the Europa League by Slask Wroclaw of Poland.

Dundalk were drawn away against Celje, but because of Covid-19 restrictions, the one-off game will likely take place behind-closed-doors in either Cyprus, Hungary, Greece or Poland.

The Lilywhites will drop into the Europa League’s second qualifying round – which takes place on September 17 – should they face elimination by the Slovenians, but with the League of Ireland title looking increasingly unlikely, Vinny Perth’s side will be desperate to reach the next stage of the Champions League, for which the draw takes place tomorrow.