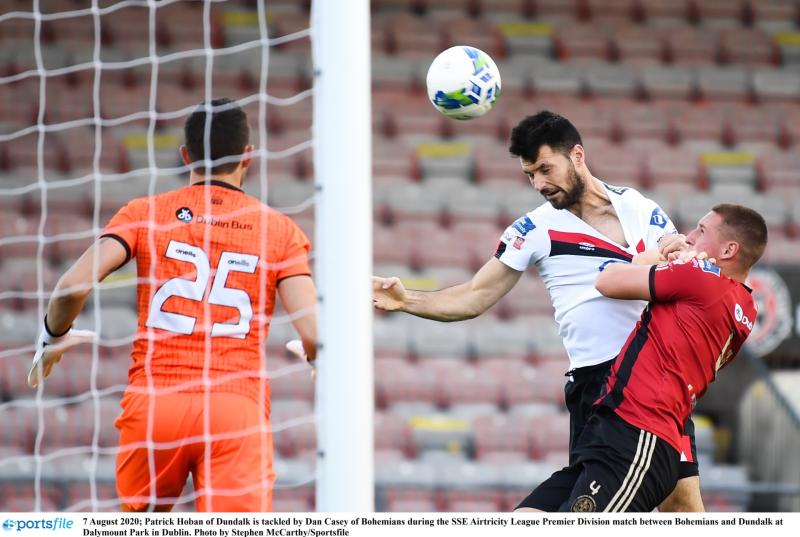 The defence of Dundalk FC’s title was dealt a massive blow at Dalymount Park on Friday as they dropped to third in the SSE Airtricity League after falling to a 2-1 defeat to Bohemians.

Outclassed on the night, Vinny Perth’s side could find themselves eight points behind leaders Shamrock Rovers, should The Hoops beat Derry City this coming Sunday evening.

Dundalk had the better of possession in the early stages, but fell behind on seven minutes when Kris Twardek did well out on the left before laying it off to full-back Anto Breslin, whose ball was headed across by Daniel Grant and beyond the helpless Gary Rogers.

As was the case last week, Dundalk looked well out of sorts and fell further behind on 15 minutes when Twardek’s cross found Keith Ward on the other flank, and he teed it up for Keith Buckley, who fired in Bohs’ second with the visitors facing an uphill battle from there.

Bohs even had chances to extend their lead, first through Andre Wright’s deflected shot before the impressive Twardek played in JJ Lunney, who forced a good save out of Rogers. 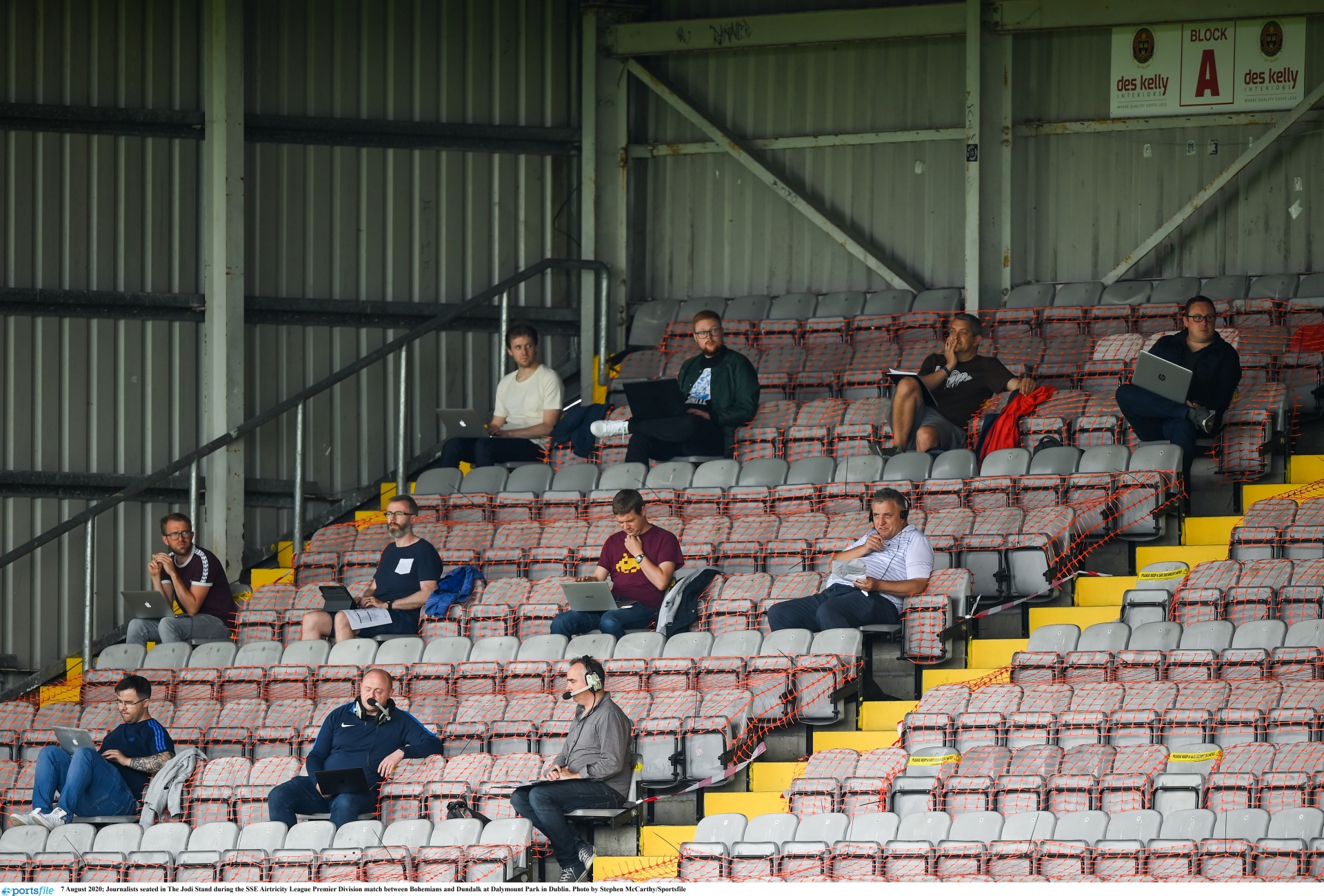 The Lilywhites handed themselves a major lifeline on 42 minutes, though, when Serbian winger Stefan Colovic sent in a beautiful cross which was met by Michael Duffy, who leapt like a salmon above the Bohs defence to score what was an extremely rare headed goal.

The Gypsies came close to regaining their two-goal advantage in first half stoppage-time, however, when Canadian international Twardek, who caused Seán Gannon considerable problems throughout, crossed for Wright, but his header was excellently saved by Rogers.

Just after the restart, Patrick Hoban crashed his diving header off the crossbar from Duffy’s ball before Stephen McGuinness got up quickly to save from John Mountney’s rebound.

Keith Long’s side were looking a constant threat on the break, however, and Ward played a beautiful ball for Grant, who got in behind Dane Massey before driving a low shot wide.

For all of Dundalk’s possession, though, it was Bohs that were creating the much better chances with Ward and Twardek – both of whom were outstanding on the night – linking up once again before the latter saw an effort well saved by Rogers in the Dundalk goal.

Not long after coming off the bench, Dawson Devoy went close to sealing the points for Bohs when he curled a shot from the edge of the box which sailed just over the top before, at the other end, Daniel Cleary toe-poked an effort just wide from Duffy’s set-piece.

In all truth, Dundalk never really looked likely to equalise as Bohs ran out deserved winners.