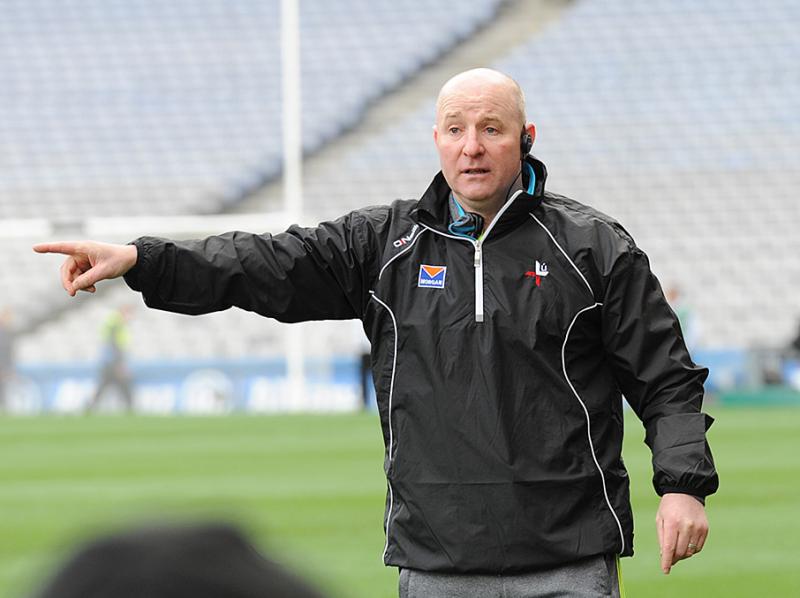 Whether Peter Fitzpatrick, in what one delegate has described as his “first major test”, got the appointment of Colin Kelly right is open to debate. (Pic: Arthur Kinahan)

Maths wasn’t my favourite subject at school, far from it. Perhaps it was because you simply cannot argue with something that’s black and white, or maybe I was just that poor a student. In any case, I didn’t like it and it certainly had no time for me.

The marking system for equations of quadratic proportions was interesting. You got points for showing your work and even if you didn’t get the correct figure at the end, there was a certain amount of credit given for managing to stay some part of the course. A pass was practically achievable if you applied the advised method throughout despite answering nothing correctly.

Whether Peter Fitzpatrick, in what one delegate has described as his “first major test”, got the appointment of Colin Kelly right is open to debate. Ultimately, time will be the sole teller in that regard, but the process has been undoubtedly dubious.

Credit to the Clan na Gael man, he has reinvigorated County Board meetings and encouraged the type of debate that has been sorely lacking in successive previous regimes, yet Sean O’Mahonys’ Pat O’Brien questioned the “transparency” of the procedure taken by Fitzpatrick in terms of this appointment. It’s hard to argue with that.

By the same token, there is only so much openness you can employ before eventually making a call. There is merit in the claim that a formal interview process ought to have been commissioned, through which Kelly, had he sought the position, would have been a very hard man to stop in his bid for the role.

Had no money been on offer for the post, would there have been the same clarity sought in regard to the recruitment process? Hardly. Fitzpatrick, after all, assembled all his own sub-committees, hand-picking each and every officer.

Then again, while the Dundalk man admitted to having an integral say in Kelly’s appointment, did he have it all his own way? Considering the doe is coming from Leinster GAA, via the East Leinster Project fund, they must surely have been involved in the talks which led to this stage.

Unlike some now departed members of the Louth executive, there is a general consensus that Fitzpatrick has only honourable motives where leading Wee County GAA is concerned. It could be levelled at him that the ‘closed shop’ antics of the prior administration, where the empire was crumbling from within, has now begun to develop itself in the latest management set-up. Yet the Kelly appointment is the only example thus far of the lack of “transparency” which Fitzpatrick insisted would be a vital part of his make-up at last December’s Convention.

If Kelly succeeds and is able to turn around a dire state of underage affairs, Fitzpatrick’s judgement will have been proven accurate and the entire episode will likely be forgotten. Should things not work out as intended, it will serve as a red mark against the Independent TD’s fledgeling reign.

Perhaps this is all part of his learning process? Mistakes will be made and instead of covering them up, he was man enough to take responsibility for his actions. He did likewise when Thomas McQuillan, a former chairman of Louth’s CCC, challenged him on his failure to extend the Naomh Fionnbarra clubman a courtesy phone call at the beginning of the year to tell him his services would no longer be required.

Understandably, McQuillan felt excluded, alluding to how others were contracted personally and thanked for their terms. Fitzpatrick issued an apology and it takes guts to admit errors in public regardless of who you are.

Ultimately, the chairman has got an answer to the sum using a questionable method. But if his solution mark is enough to give him an honours’ grade at the end of the paper, he will feel justified.