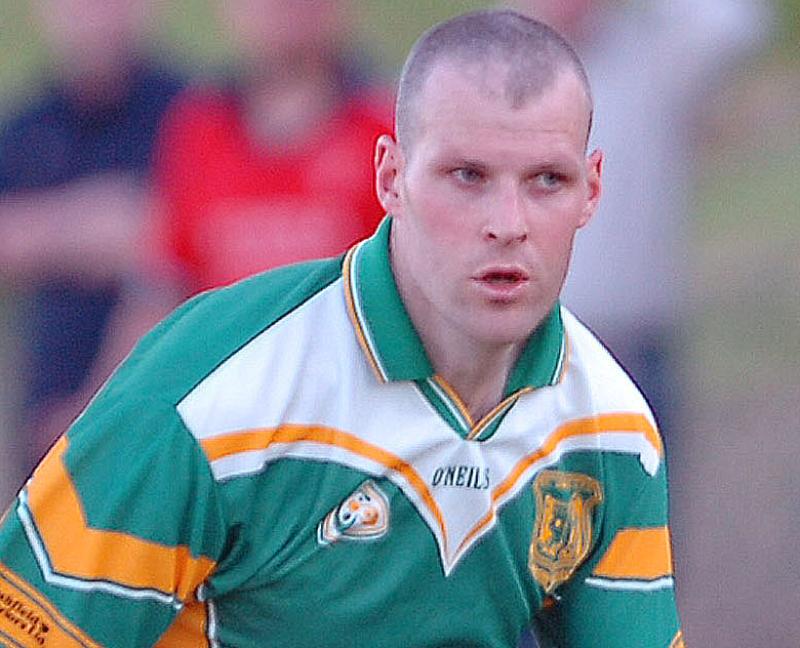 Declan O’Sullivan had “no grand plan” when he set out on his coaching journey, having won two Louth SFC medals with St. Joseph's. (Pic: Arthur Kinahan)

Declan O’Sullivan had “no grand plan” when he set out on his coaching journey and yet he’s now preparing to lead one of Dublin GAA’s rising forces into championship action.

The twice Joe Ward winner with St. Joseph’s is manager of Castleknock, the club of six-time All-Ireland senior medallist Ciarán Kilkenny, and in his first campaign in sole control, having jointly overseen the Dublin 15 men alongside Lar Norton last year, when the boys in blue and yellow earned promotion to Division One.

Their championship form was strong in that they won each of their three group matches, including defeating competition favourites St. Vincent’s, before a single-point defeat by surprise packages Thomas Davis in the last eight.

The draw for the 2020 preliminaries has pooled Castleknock, who are just 22 years in existence, with neighbours St. Oliver Plunkett’s, who they face in Sunday week’s opening round, Raheny and Kilmacud Crokes.

“It’s a nice draw,” O’Sullivan quips, speaking to The Democrat.

“We’d have reasonable aspirations of going far this year, although Dublin club football is very strong and there’s seven or eight teams who’ll feel they can go all the way.

“We got promoted last year from Division Two to Division One, so the early part of the season would have been very much focussed on getting a good start to Division One and consolidating that position.

“But the leagues have been abandoned in Dublin so now we’re purely focussed on the championship and for once we’ve now got our full squad available to us for the entire championship run-in.

“At the beginning of the year we’d four of our lads with the Dublin U20s and another five playing inter-county senior, so nine of the squad weren’t with us a lot of the time and that poses challenges when you’re trying to implement gameplans and build a strong camaraderie about the place.

“Having all those guys back in since day one has been a real positive and there is only one focus now, and that’s the Dublin senior championship.”

The Fingal outfit is one of the country’s fastest growing with an ever mobile membership of over 3,000. Indeed, they field four adult teams down as low as Division Nine in the all-county leagues.

Hence, organisation and structure are key components which enable the club to function as successfully as it does. Yet, despite the availability of resources, player buy-in remains at the core of the Castleknock story and their rise to the summit of football in the capital.

After all, as recently as 2014, they were in the intermediate championship, losing to Sean O’Mahony’s in Leinster, before qualifying for the Dublin senior decider two seasons later.

“The club’s been lucky to have an exceptional group of players that’ve come up together from underage,” says O’Sullivan.

“You’ve Ciarán Kilkenny, Shane Boland, Graham Hannigan and Tom Quinn who have all won U21 All-Irelands with Dublin and some have played senior with Dublin. Those guys are used to winning and that has instilled that high performance environment.

“The minor team last year won the minor A championship and a lot of those guys have gone into the Dublin U20 squad. There’s a serious pipeline of players coming through, but the challenge is to try to keep everybody motivated and playing in a club this big.

“Certainly, the commitment levels are high, but we’d still only collectively train three times per week and then guys have an individual S&C programme which they do and upload at their own times.

“We would have more resources available to us in terms of an S&C coach which is attached to the team and then guys who are there doing stats and video analysis, but it still comes down to the players themselves and what sort of culture is there to attract them to give their best.

“In Dublin, in my experience with Scoil Uí Chonaill and Castleknock, that commitment is there and guys are fully committed to the team, the sport and to being the best they can be. They still enjoy themselves when the time is right, but they tend to work their schedule around football rather than football around their schedule.”

Scoil Uí Chonaill is effectively O’Sullivan’s adopted outfit given that it was them who he transferred to from Joe’s for 2011. But his playing stint would last just one season, a knee injury forcing him to retire at 34, just a matter of weeks after he’d lost an intermediate championship semi-final at Parnell Park.

His manager, Tommy Naughton, formerly in charge of Dublin’s senior hurlers, coaxed him on to the coaching team for the following term and in 2013 he was given the reins himself, winning promotion from Division Five and sparking a run which saw him lead the Clontarf Road men to within a hair’s breadth of top tier football four years later.

A year out was next on the agenda, but when a call came from home, Joe’s in need of a boss midway through 2018, O’Sullivan obliged, leading the Dromiskin/Darver charges to the senior championship quarter-final before being taken in by Castleknock to replace Colm Nally.

Declan and his wife invited their second child into the family last month. How nice it would be for O’Sullivan to nurse the wee one to sleep in the Clerys Cup in about six weeks’ time.