Dundalk FC drawn at home in opening round of FAI Cup 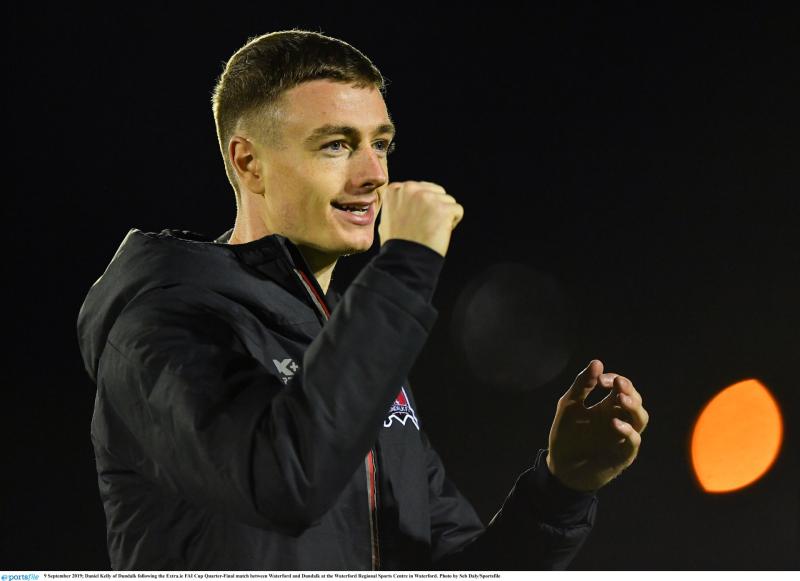 Daniel Kelly was the star of Dundalk FC's 2019 FAI Cup quarter-final victory over Waterford FC at the RSC. (Pic: Sportsfile)

Dundalk FC will face Waterford FC in round one of this season's Extra.ie FAI Cup.

Thirteen teams have received a bye into the last 16 of the competition, having been picked at random during Monday's draw in Abbotstown.

The Lilywhites will host the Munster men, who are now under the management of former Ireland international John Sheridan, in a repeat of last year's Cup quarter-final at the RSC.

New Dundalk assistant manager Alan Reynolds departed The Blues hotseat earlier in the summer to become No2 to Vinny Perth at Oriel Park.

The other opening round ties will see Finn Harps take on St. Patrick's Athletic and Cork City host Longford Town.