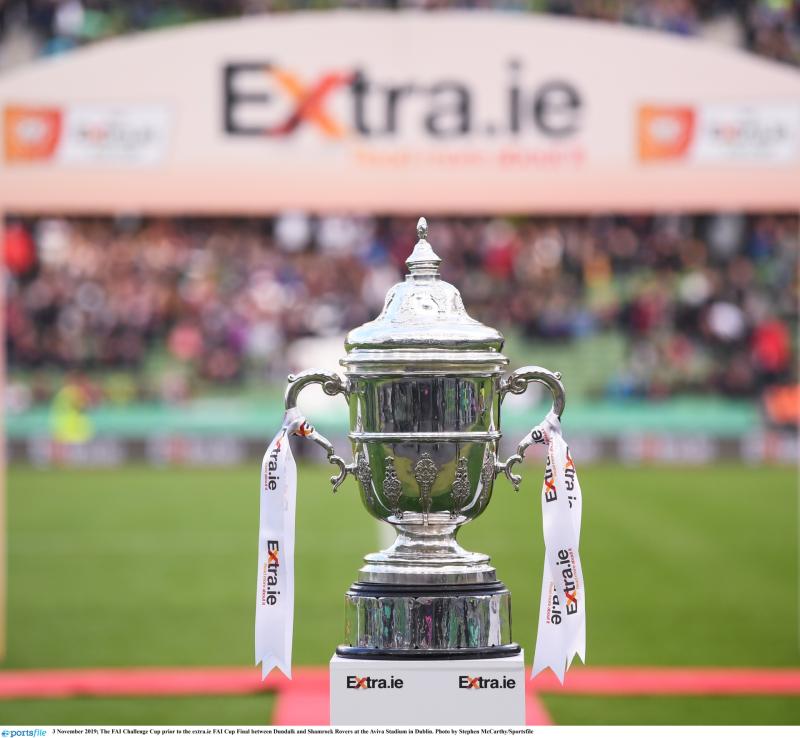 'It would be an abominable move and reduce the already light faith in their model evermore.' (Pic: Sportsfile)

The GAA wouldn’t consider moving the All-Ireland finals from Croke Park, Horse Racing Ireland the Grand National from Fairyhouse or the bog snorkelling federation their main snorkelling event from a bog, so how could the FAI possibly condone removing its Blue Riband day from the Aviva Stadium?

If they do, to save a pretty penny or two, it should spark a revolt. The League of Ireland has been kicked enough in recent times and been laced into over the last year or so, hence its stakeholders are well accustomed to poor treatment, but such a show of disrespect ought to be the last straw.

Of course, it’s only been mooted that Abbotstown chiefs are contemplating using Tallaght Stadium to hold the FAI Cup final, but where there is smoke a fire rages and very little of the media’s reports to date have been that far off the mark.

If the FAI are considering allowing the entry of up to 20,000 supporters for international games in September or October, and it’s worth their while to do so, the situation has to be the same for the domestic season’s showpiece, where 20,000 would be the least you’d expect attendance-wise.

Each of the last five Ballsbridge deciders have attracted upwards of 24,000, with the last two seeing over 30,000 pay in. And, depending on the finalists, it’s arguable that we could expect a larger attendance than that again, especially, say, if Bohemians and Shamrock Rovers qualify.

Only two of the last 17 Cup finals have been played away from the national stadium, in 2008 (RDS) and 2009 (Tallaght), and the reasons for these were clear-cut with Lansdowne Road’s redevelopment underway.

The League of Ireland has taken steps forward in the almost 20 years since Tolka Park was used for the campaign’s finishing act, in terms of general fanfare and support for the teams involved. So it would be a hugely damaging, backward step if the setting was diminished. Furthermore, if fans are permitted to attend the final, the number of patrons would be a fraction in Tallaght of what it would be in the Aviva. How is this a positive way to treat footballers, clubs and followers? It’s simply not.

The FAI have shown nothing but contempt for the League of Ireland over consecutive eras, particularly under John Delaney, and while the new regime have ‘talked the talk’, they haven’t moved in any great way to put their grand plans and ambitions into action where Irish football is concerned.

Aside from how outrageous it would be for Rovers to, in effect, have a home FAI Cup final should their title defence bridge to the concluding round, the South Dublin County Council owned property is simply not suitable for an occasion of the decider’s magnitude.

The FAI have got themselves into an almighty mess, far from the League of Ireland’s making. Why should the clubs be victimised so blatantly as the suits scramble to keep their well paid roles and jobs intact?

It would be an abominable move and reduce the already light faith in their model evermore.