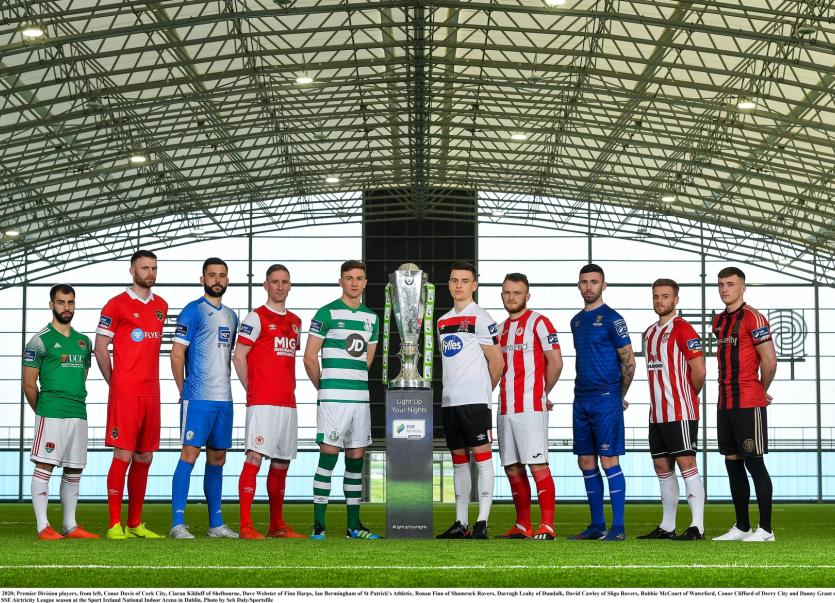 League of Ireland clubs, including Dundalk FC, have met this week to discuss the immediate future of the season. (Pic: Sportsfile)

To say that it’s been a week of many developments in the League of Ireland is certainly true.

Firstly, Dundalk had it confirmed by UEFA that the qualifying rounds for the Champions League 2020/‘21 will take place this season. It had been feared that all four League of Ireland clubs could lose out if it had been decided to get rid of the precious qualifying rounds this term, given how the Covid virus has devastated sport all over the world.

The only disappointment is that the European qualifiers will have only one round instead of two and that game could be played either at home or away.

Dundalk will get their €800,000 for qualifying for the Champions League as is due to them. Also, there is the hope that should Dundalk get the win in round one of the preliminaries that they could add at least another €250,000 to that initial figure. The Champions League qualifiers will begin on August 18/19.

The good news kept coming at the weekend after it was announced the FAI may be able to avail of a €40 million grant from the government, finance ring-fenced for them, the GAA and IRFU. The money comes from a €70 million emergency government fund for sport. The FAI are expected to receive up to €11 million. 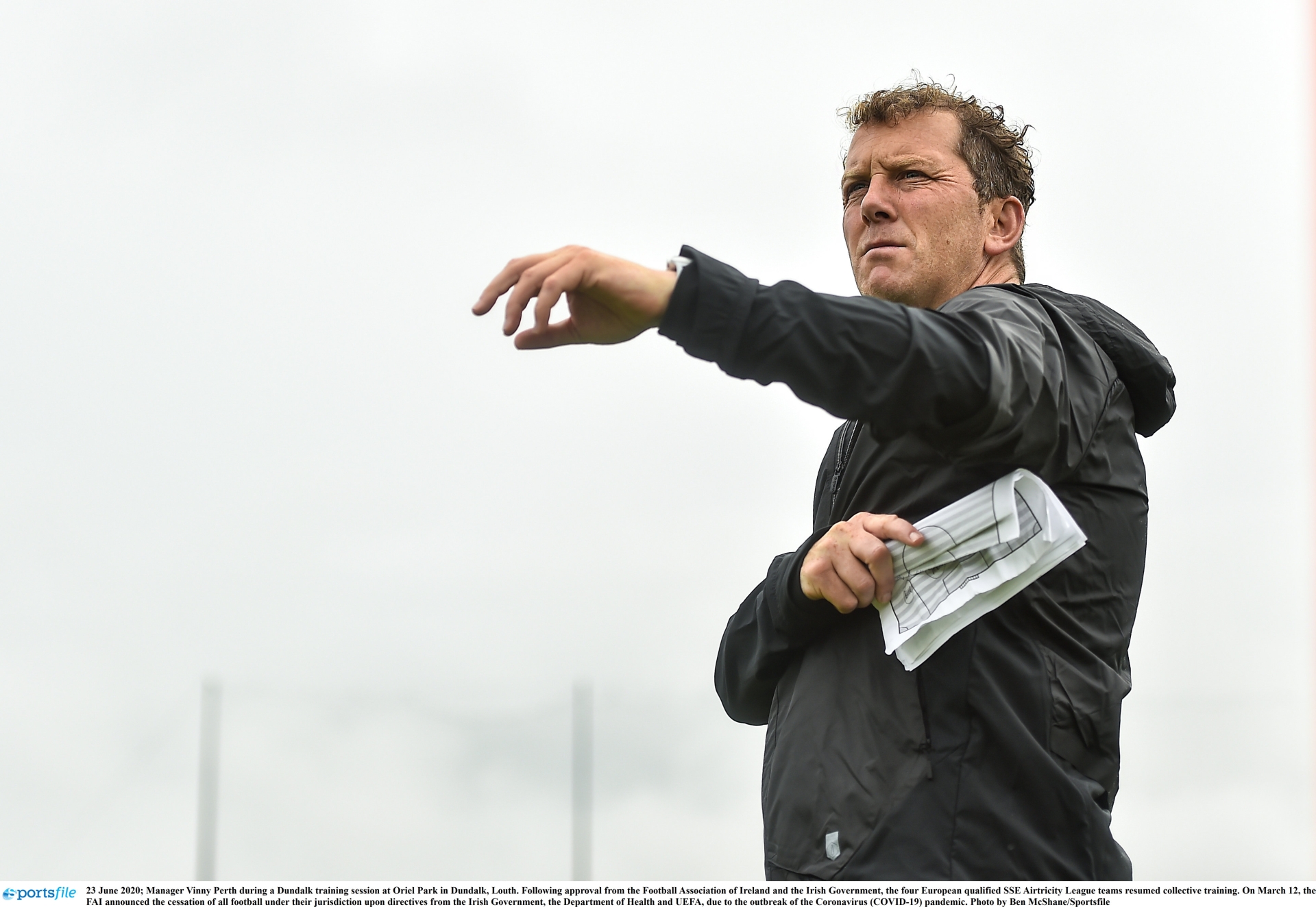 Other funding of €15 million is also available for clubs from soccer, Gaelic football and rugby. Clubs, at all levels, are eligible to apply.

To add to all the positivity, crowds of up to 500 people may be allowed to attend games early in to the new season. And most importantly clubs will not, as expected, have to play at neutral grounds. They can use their home grounds.

Clubs will meet this week to decide on their potential resumption date; it’s expected to be the beginning of August, or at the earliest July 29.

It appears as if the league will be played over an 18 game timeframe. With five matches already played this means there are just 13 games left in a much shortened league.

There is a battle royal going on over the issue of relegation and promotion. Many clubs in the Premier Division see it as grossly unfair that up to two clubs could take the drop given the shortened league. Other clubs want relegation to be allowed.

To me, it would be absolutely lousy to force clubs in to Division One on the performance of 18 games. Those clubs who want relegation to go ahead should then be prepared to see a 36 match programme completed. All clubs deserve equal opportunity in the game and the sides looking for top-flight demotion after 18 games must be stood up to. 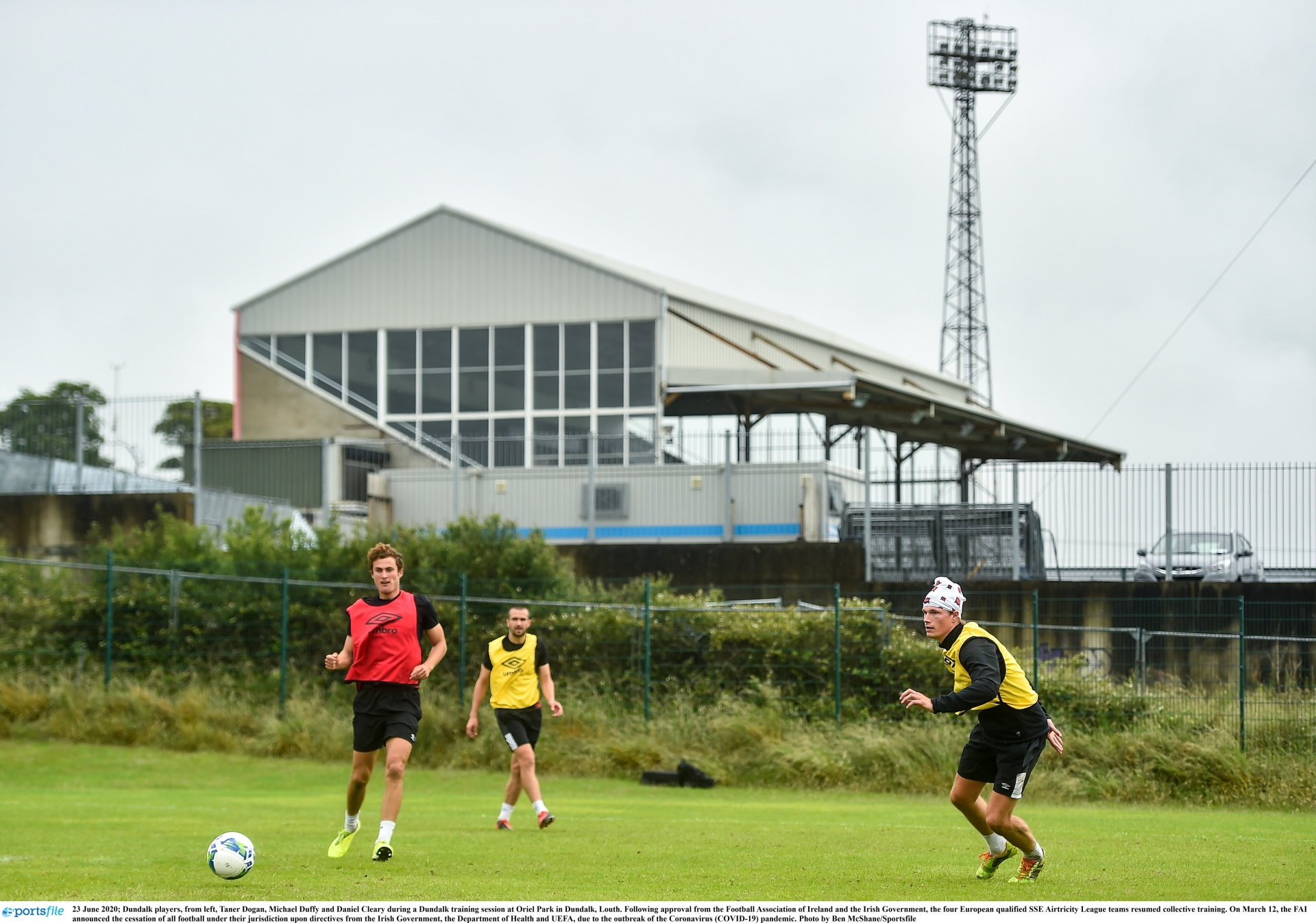 Promotion from the second tier will happen. But to prevent injustice there should be two teams promoted from Division One, extending the league back to 12 teams. The following season two of the bottom teams could be relegated and a play-off between second in Division One and the third from bottom in the Premier could see the league being restored to 10 teams.

However, it does appear that the bottom side in the Premier will be relegated after 18 games despite my points, with the second top team in Division One taking part in a play-off with the second from bottom team in the upper flight.

There has been a suggestion that the FAI Cup could be scrapped for this season. To me, again, this would be an abominable move. The FAI believe they could save €300,000 by doing so, but the move would do untold damage to the game and it must go ahead.

Many clubs have been appalled by the bid to scrap the Cup this season. It’s been played for every season since the League of Ireland started in the 1920s and is regarded as an integral part of the football landscape. It should go ahead but this season, junior and intermediate clubs will not be involved.

Dundalk chairman Bill Hullsizer was in the national sports news last week when he revealed that he has spoken with the FAI on behalf of American investors, who are interested in providing finance for the organisation. The Lilywhites chief had been approached by an FAI official in April.

The Peak6 man is reported to have claimed that a loan of €1 million to the FAI was tied in with the streaming contract for the league.

All of this followed on from previous correspondence earlier this year related to the possibility that a US consortium would come together with a view to taking a share in the Aviva Stadium. The suggestion is complex as government consent would be needed.

Friendly matches can now start from June 29, with the relaxation of the Covid restrictions. Many will just be resuming training then.

Former Dundalk and now Republic of Ireland manager Stephen Kenny has been added to to the FAI’s senior staff executive. This follows a revamp in the association’s hierarchy. Four officials, including Fran Gavin, must apply for their posts.

The move to appoint Blackrock resident Kenny to the staff executive is unprecedented. It will see the Ireland boss as head of international football with responsibility for the development of all Ireland sides at all levels.

Advertisements were placed yesterday, Monday, for four posts on the executive that will be vacant.

Interim Deputy CEO Niall Quinn is expected to seek the League of Ireland post. Interim FAI CEO Gary Owens is expected to apply for the CEO post that was advertised two weeks ago and will carry a staggering salary of €207,000 per year. Many will question the amount on offer given the financial straits the FAI are in.

So a week ago, Dundalk and the other three LOI clubs in Europe were being asked to finance the restarting of the season. The clubs sensibly said no. Already all clubs have been guaranteed finance of €3 million to be divided among them to restart the season. The further windfall announced on Friday night will mean no money need be sought by the FAI from the top clubs.

So the clubs must work hard on getting ready for the new season restart. They must also spend money on improving greatly and equally their hygiene facilities, including toilets and handwashing amenities for home and away supporters at their grounds in a bid to keep the virus away.

Some clubs’ facilities are excellent. Most are from the Stone Age and disgusting.

Until next week, be careful out there.

Creative Spark, one of the local projects to receive funding