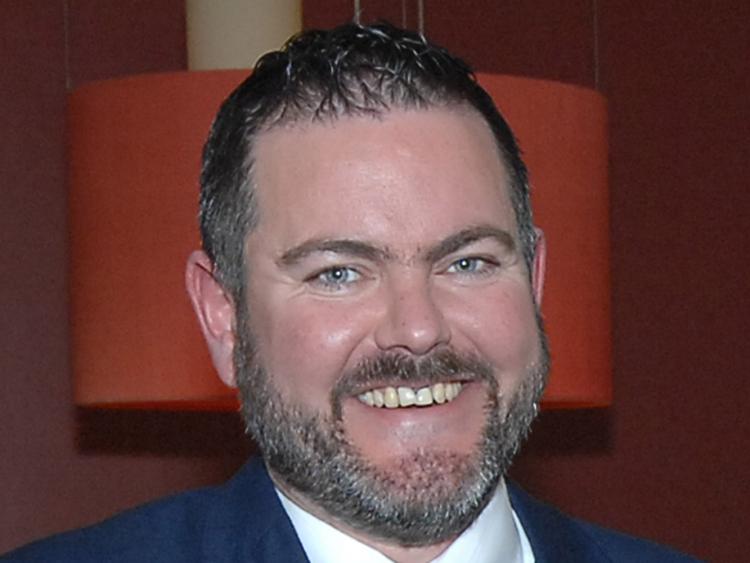 FIRST MEMORY OF YOUR CLUB
Running around in the rain behind the road-end goals during matches and training at Cluskey Park when dad was still playing.

Hanging around outside the old press box while committee meetings were taking place on a sunny summer’s evening.

Watching dad scoring a goal at the dressing room end of the Clans pitch on a Sunday morning.

BIGGEST RIVALRY & WHY?
Certain lads from the west of the parish might cite Glyde Rangers. Some might say O’Connell’s. I was reared on stories of clashes with Bride’s and Mattock from the ’80s. The younger generation, particularly the alumni of the 2009 minor squad, might say Gers. But there can be only one! The 1990s rivalry with another neighbour… Stabannon Parnells! This rivalry had its origins in the late 80s before both teams went senior, but was central to most things good, bad and ugly over the next decade. A rivalry that we were all too often on the wrong side of, with the notable exception of that glorious day in Ardee in 1996.

BEHIND THE SCENES HERO
The late, great Nicko McCartney. I doubt we will ever see his likes again. Head and shoulders the greatest clubman in the history of the Joe’s.

MOST MEMORABLE WIN
On the field of play, one that many in our club seem to have forgotten, particularly since the back-to-back minor wins 10 years ago. In 1994 we not only retained the Division One minor league but became the first of three teams in the club’s history to win the minor championship. It was as good as it ever got for me on the field, but satisfied all my footballing ambitions.

As a supporter, of course, 1996 was very, very special and being chairman in 2016 with my brother Philip at corner-back was amazing, too, but, overall, it has to be 2006. The narrow win against Mattock in the Grove and the heart-breaking draw against the Blues in Dunleer. It didn’t matter how bad the conditions were in the Clans on the day of the final, they didn’t dampen our spirits, particularly when Melia got his hands on Joe. But the replay against the Blues is the greatest game of club football I have ever seen in my life. High quality football from both sides, at speed with an intensity that did boil over briefly!

The comeback on the day… beating the odds… underdogs don’t do these things in the replay… the Joe’s are too old… not a hope. The unbelievable resolve the lads showed on the day and the wonderful celebrations after that I remember sharing with my father, grandfather, friends and family. It was the one!

Seeing as you are reading this, you are already feeling nostalgic, you might want to check out the highlights of this game and many other big games, goals, songs, interviews and celebrations on YouTube: www.youtube.com/user/JoesExile/videos

WE STOLE IT OFF xx IN xx
I can very easily list the many times we blew it more so than had it stolen off us going right back to 1989! But without giving it great consideration and going with the gut there are a few games that stick out for me where we won it late on. We lost the 1994 SFC final after a replay by two points (to guess who?) and under the old system ended up in a senior league relegation play-off with Roche. A late, long, looping ball in from Ollie was met by the hand of God and our senior status was saved! Without this, it is highly improbable that we would have bounced back up and won our first-ever senior championship in ’96.

The comebacks against both Mattock and Blues on the way to the 2006 championship were both awesome, but it just has to be the hand of God goal against Roche in ’94.

MY JOE’S XV OF ALL-TIME
Picked from the foundation of the club in 1961 and no brothers allowed! This is what will finally get me hung, drawn and quartered at the five crossroads!

The Joes’ Mount Rushmore would be chiselled into the stone of Dromena Hill!

Mention for Sharon Dromgoole, the greatest female footballer to come from the club to date.

YOUR JOE’S IN THREE WORDS
Family and Friends/Up the Joe’s.

BEST MEMORY OF SUPPORTING LOUTH
I can’t pick just one, believe it or not, there have been many! I was a diehard supporter of the county team until 2010, something died inside me on July 11 that year! But the happier times:

- Dad, myself, Jim and Jason “Bomber” Hoey amongst the 11 to 13 thousand in ‘Drawda’ in 1991 to see Stefan do his best Seamus Darby impression and vanquish Micko’s Lilies.

- My eldest son, Cormac, was in his first year when we brought him to Croker to see Ollie, Skid and Melia win the Division Two league title.

- In 2006 my youngest son, Aodhán, was a babe in arms when we brought him to Breffni twice. Captain ‘Charlie’ Farrelly was Cormac’s hero at the time, when he lifted the Division Two trophy that year.

- Again 2006, watching the wonderful drawn game with Tyrone in Navan with my dad (Gerry), grandad (Jack) and youngest brother Philip. What a match!!

- Walking out onto the turf in Páirc Tailteann with my dad and two boys in 2010 after another unexpected and truly exhilarating win over Kildare.

- Finally, getting to the promised land of a Leinster final and enjoying not a classic match, but amazing time with Cormac, my brother Seán, the aforementioned Redzer, my oldest friend and a mate who some might have put in their Louth team of the last 30 years!

BEST PLAYER YOU SAW PLAYING FOR LOUTH
If your answer to this is anything other than Paddy Keenan you are of an age whereby you should probably still be cocooning!

Managed by Fitzer, with Charlie on the kit and Drummer doing the stats!