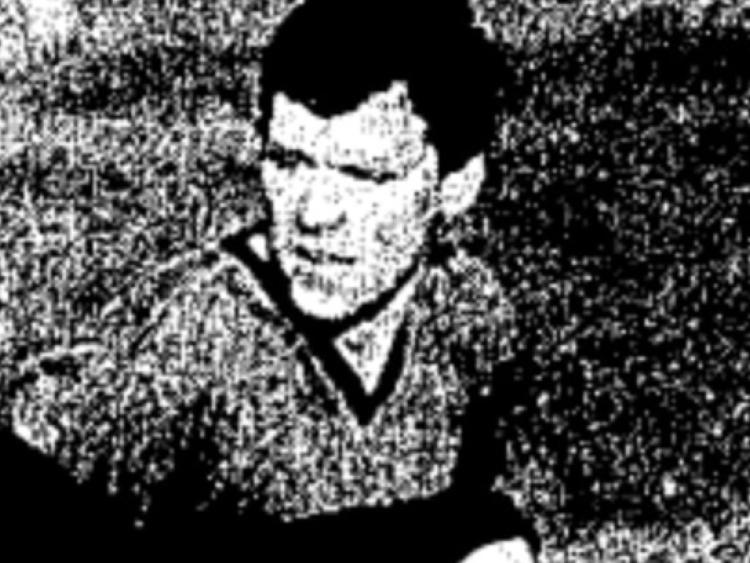 Martin McCann was ranked 15th on The Independent’s list of Louth’s top 20 footballers from the last half-century.

Martin McCann was ranked 15th on The Independent’s list of Louth’s top 20 footballers from the last half-century and so it’s no coincidence that several of the Gaels tales subjects have him included on their all-time XVs.

His spell with The Wee County spanned five years, while he played club football for Young Irelands over two terms longer, having come to work in Dundalk, via Dublin, from his native Magheralin, near Moira.

He had a reputation, having won All-Ireland minor and U21 medals with Down as well as collecting a provincial senior accolade in 1978, albeit, he hastens to point out, he didn’t play an active part in that victory. Typical. Downgrading his ability was a recurrent trend over the course of a 30-minute chat in which every ball McCann kicked in Louth was recalled.

A Cadbury’s employee, the round-trips from the capital to Newry or Newcastle for training became unsustainable, night-after-night being held at customs’ posts, sometimes missing sessions, sitting in retention for hours. No mobile phones or means of communicating with family members.

Something had to give and so when posted to Dundalk as a regional representative, Donal McArdle, a staunch Irelands supporter, co-opted the Mourne man from under Clan na Gael’s noses, Frank McDermott having had his eye on Down legend Seán O’Neill’s former prodigy.

Senior at the time of his arrival from home side St. Michael’s, Irelands, McCann assesses, were on the way down by 1983, yet they retained powerful players, the late Mickey McCabe, Pat McConnon, Seamus Haughey and Donegal’s Mick Friel gain prominent mention, along with great clubmen Gerry Nixon, Enda Murray and Kieran Maguire. 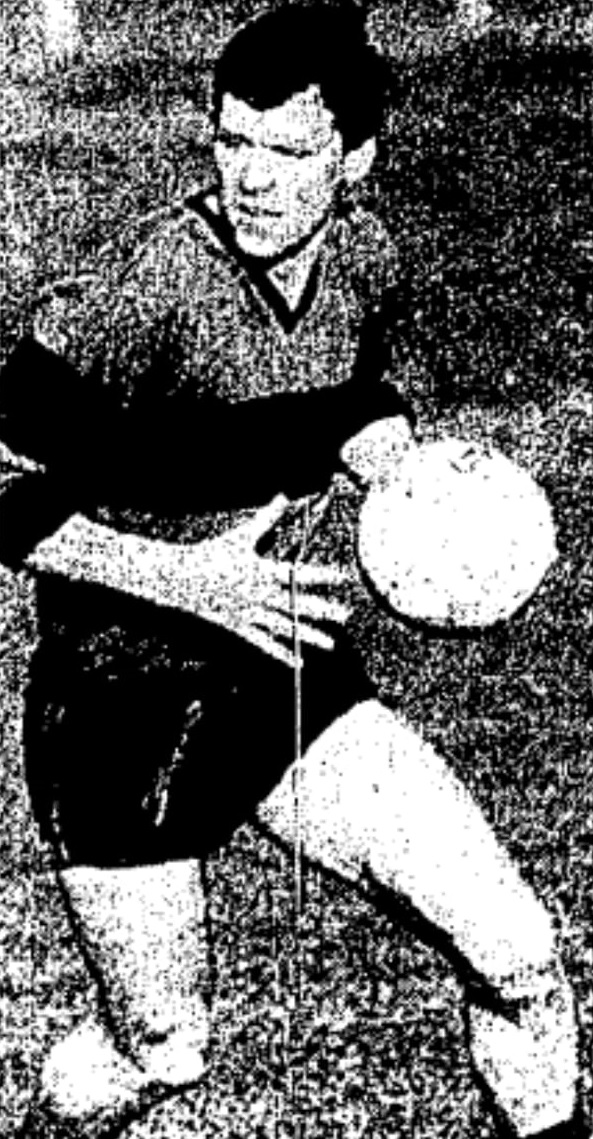 The closest glory came was when Irelands qualified for the ’84 senior semi-final against St. Joseph’s. McCann, handed the dead-ball responsibilities, had an off day as the Dromiskin/Darver charges produced a shock.

“In my time with the Irelands the hunger maybe wasn’t there, as there was undoubtedly the talent,” McCann tells The Democrat.

“I, in particular, had a poor day that day, missing frees. I’m not even sure why I was on frees because, traditionally, I wouldn’t have seen myself as a free-taker. I was very disappointed and, as a team, it probably set us back a lot as we had a chance that year to push on. It sticks out as one of the more disappointing games with the Irelands.”

Thereafter he was reverted to central defence, a position in which he felt more comfortable despite winning his U18 Celtic Cross from the half-forward line. He compares his switch to that of present Irelands heartbeat Derek Maguire in that it allowed him to flourish.

“I look at somebody like Derek Maguire, probably best known in his younger days as a forward, I think you’ve really seen his true potential when he moved into the half-back line.”

DOWN BOYS ON THE MARCH
His native county remain No1, with Louth a close second. McCann, after all, was integral to the red and blacks tasting national minor glory for the first time 43 years ago, starring as they overcame Meath in the Croke Park decider. Dublin conquered Armagh in the subsequent senior affair, something which gives McCann pleasure to this moment. After all, both his ‘enemies’ were beaten on that afternoon.

Two years on and he got his hands on more prized silverware, Down seeing off Cork in the U21 final. The county is yet to replicate the success at the grade. 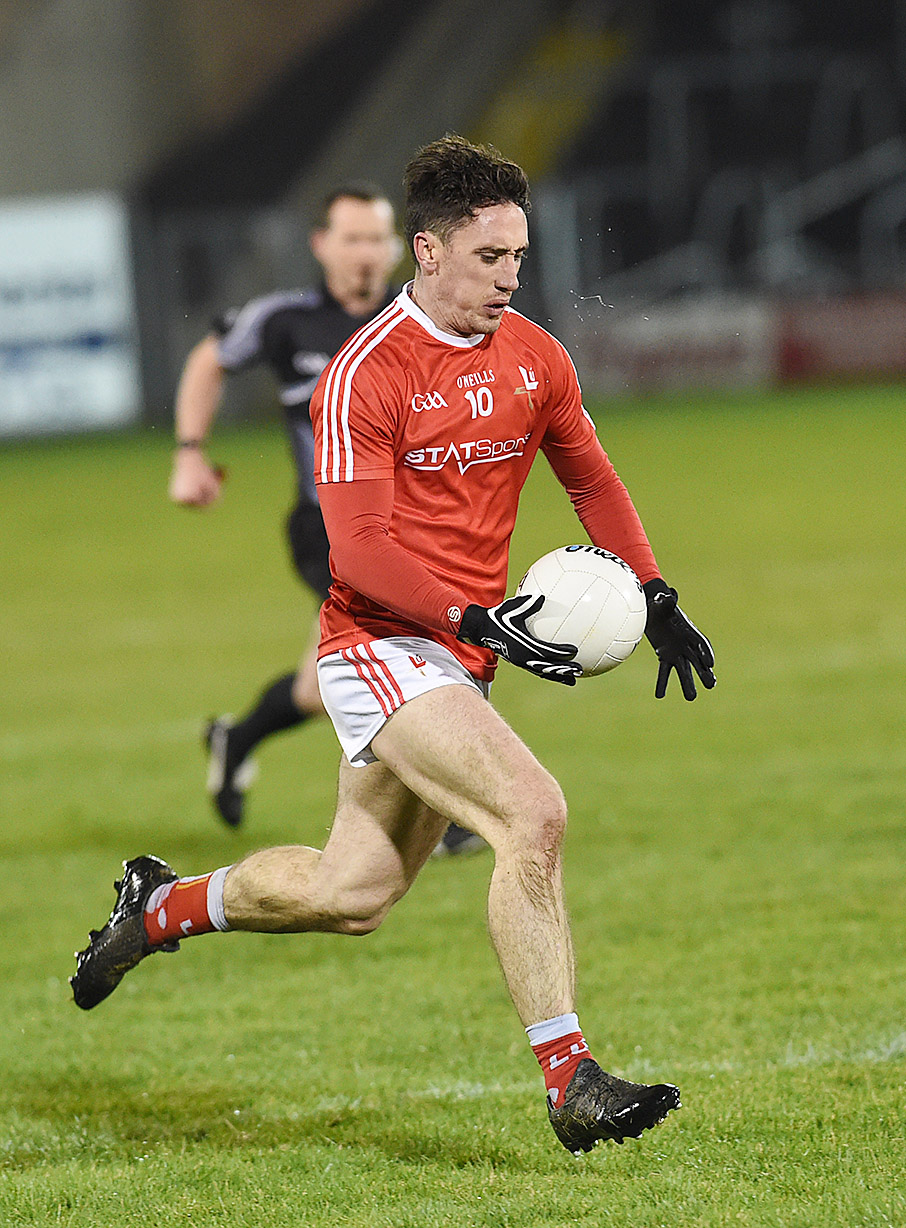 “When you look at that list of medals, it was fantastic for a 20-year-old, but I collected very few of little significance after that,” he says, adding: “Medals, though, were never what really drove me, I played more for the enjoyment, the release.”

The former triumph is all the more remarkable given Down played 18 matches that year, winning them all in the process of picking up four trophies, including the North-East League title, where they pipped Louth, 1-8 to 1-7, in the Newry showpiece. He’s unsure if many, or any, of his opponents on that occasion went on to become teammates, as by 1985, his allegiances had switched, Frank Fagan successfully coaxing McCann into a transfer.

Not great with dates, he professes, his debut is readily recalled. “It was a very inauspicious start.” A defeat by Waterford. Though he developed into a mainstay of the team, under Mickey Whelan - whose reign he reckons was unfairly cut short - and then Frank Lynch.

“My first few years playing with Louth I felt I struggled to bed myself in, playing with a new team and teammates, so it was probably only over a three-year period where I felt I maybe justified my selection.

“Like a lot of the guys on the panel at that stage, I was disappointed that Mickey didn’t get longer with Louth; I thought he was doing good things and I’d have liked him to have stayed. Frank Lynch made the most of the foundation afterwards and at that stage, Louth were very competitive in the National League. They were unfortunate that it was a knockout championship and Meath and Dublin were particularly strong.”

Having turned 30 ahead of the 1990 campaign, McCann’s professional promotion led to a move into Donore. An inter-club transfer saw him depart Young Irelands and, indeed, the Louth GAA scene entirely.

There was a personal tragedy with the loss of his parents-in-law via a car crash, trauma which added to the stress of travel to and from the UK with work. All contributory factors in his decision to step away from county football’s limelight at the beginning of Louth’s most-recent golden era.

“I felt Louth had a lot of potential with lots of really good footballers coming through and I thought that if I wasn’t going to be able to give full commitment to training, which I wanted to give, it wasn’t feasible to continue.

“In all my years, going back to that Down minor team and those teams, they commanded your full effort and I felt I couldn’t give that. I would have thought over it, I wouldn’t be one to make decisions quickly, and I’d a long chat with Frank about it.

“Players like Stephen Melia would have epitomised what was needed, others too, like Eugene Judge, people who did bring Louth to that further level.

“And I got nearly as much enjoyment out of standing on the hill watching against Kildare in ’91 as I did when I was playing. I’m sure there were some tinges of regret, but they were small.

“I felt absolutely delighted for the lads on the Louth panel that were playing against a team that had been written up as the next big team.

“I thought, ‘hmm, that’s a bit typical of Louth alright’... write them off at your peril.

“They were a bit like that in the ’90s. Very few teams and players that I’d have known in other counties would  have fancied coming to play Louth.

“Guys I knew in Tyrone hated the thought of coming to play Louth, they feared them at that stage.

“And we were really competing well against the Galways and Mayos and Roscommons, big strong teams, and I hope we’ll be able to get back there at some stage.”

McCann joined Donore, playing for a further decade, and there were even murmurings that suggested Meath were interested in gaining his services. Had they, the 1991 All-Ireland final, in which they were beaten by Down, may have had an attractive undercurrent.

But declaring for The Royals was impossible. Too much of his heart lay in and with Louth.

“Down is and always will be my first love, but Louth is my next and only other in that sense - I’d no other love in football and so I couldn’t have seen myself playing for Meath, not at all.”

Once a red, always a red.