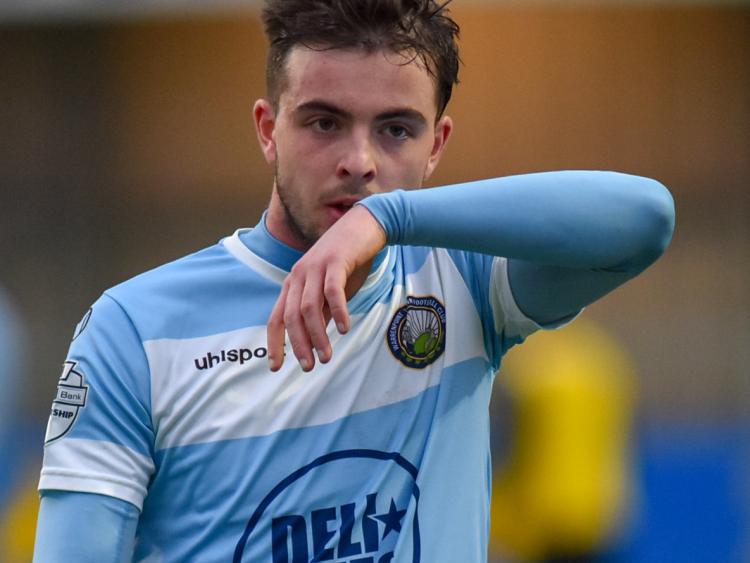 While the IFA are still to make a decision on the future of the senior league season north of the border, Warrenpoint Town’s Emmet Hughes has admitted some trepidation at the thought of resuming action amid the ongoing Covid-19 pandemic.

The Faughart man, a regular in the Milltown outfit’s first-team, says the club remain in touch regarding the predicament, though the situation is still clouded in uncertainty.

“It’s (the virus) been a constant thing on my mind because at the start of this we were training and looking around at each other, thinking, ‘we shouldn’t really be here’,” Hughes told The Democrat.

“You can see it on Facebook and Instagram every hour or so, ‘a Watford player confirmed’, ‘Burnley player confirmed’. Cases are still flying about the place so would it be reasonable to have 11-to-20 lads in a changing room and then heading back to your family or vulnerable members, where if you did contract it you’d be very worried for their overall health?

“The club has been keeping us informed, but it’s to do with the IFA itself, they’re still to come to a decision; still looking to make the league go forward, but there’s no definite plan on how to make that happen.

“I think if they do try to finish the league it could clash very badly with the start of the next season. It could cause more problems than it’ll solve. But, at the same time, I don’t think it’s fair to relegate anyone on the basis of the season not reaching an end.

“If there’s behind closed doors games there will be clubs suffering financially. Whatever keeps the most clubs possible in the game is the fairest solution.”

The former Roche Emmets GAA player, who came through the underage ranks at Dundalk FC, has another year to run on his current deal and so expects to be with Barry Gray’s side next term regardless of what league they’re attached to.

“We’re at the lower end of the table, but we’re not last any more so there’s not as much of a threat if the league does conclude. Warrenpoint won’t be relegated because we’re second last so it’s a win-win really.

“If the league carries on we’ve a chance to play our way out of it, whereas if the league comes to an end, I think it’s against protocol to relegate two teams. We could be safe either way.”