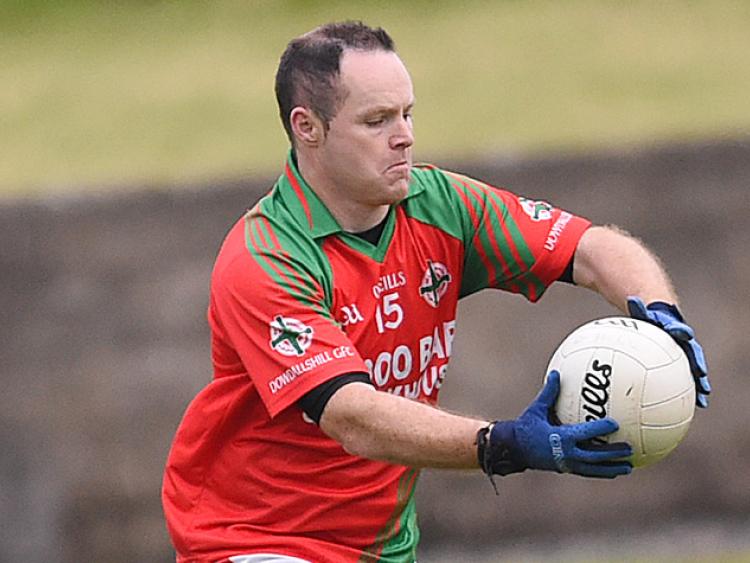 FIRST MEMORY OF YOUR CLUB
I was 10 and Dowdallshill won the McArdle Cup, in 1989. And because there were more medals than players, I got one.

WHY?
We’d some good, hard battles in the 00s. We won some, lost some, but you knew you played a game the next day.

BEHIND THE SCENES HERO
Plunkey Maguire. My manager from Cumann Péil na nÓg U11 until minor. Drove us ‘Dowdallers’ all round the county. Much of the success Dowdallshill had at senior level was down to his dedication at underage.

MOST MEMORABLE WIN
2003 championship. After losing to Na Piarsaigh in 2002, it was sweet to win it the year after vs Westerns. (We won the treble that year too.)

WE STOLE IT OFF xx IN xx
A few weeks ago the 2003/2005 championship teams had a Zoom session and watched both finals. ’Twas my first time watching the 2005 game. Looking back, I think we stole it off St. Kevin’s; got a lucky goal to keep us in it and won it with a late free.

YOUR ’HILL  IN THREE WORDS
Enjoyed Every Moment.