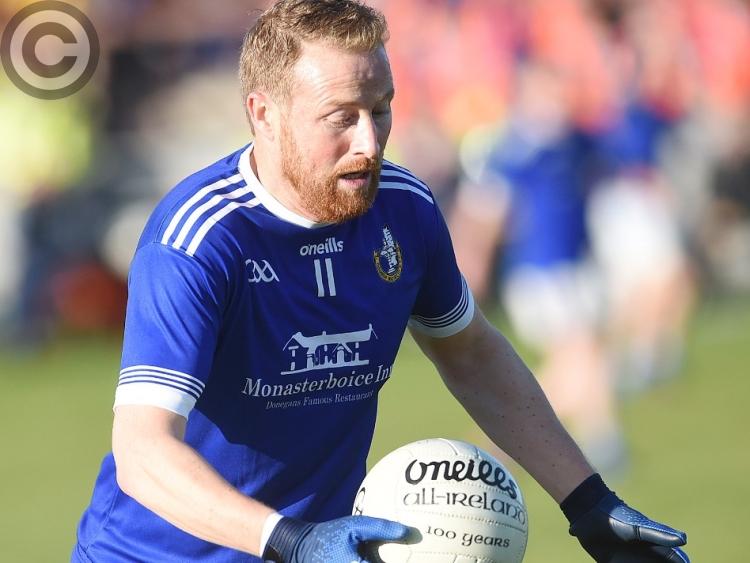 JP Rooney hit 1-4 off the bench as Louth opened their Leinster Championship campaign with victory over Longford in Mullingar over the weekend. (Pic: Arthur Kinahan)

JP Rooney hit 1-4 off the bench as Louth opened their Leinster Championship campaign with victory over Longford in Mullingar over the weekend.

The Naomh Máirtín sharpshooter, at all of 40 years of age, returned to training on Thursday night at the request of manager Wayne Kierans following a string of impressive performances in April.

But it was the display of a man less than half his ring-tally, Ben Collier, that took the breath away, the teenage St. Joseph’s forward entering the fray with the game in the melting pot only to fire a shot Ryan Burns-like into the roof of the net at the Dunnes Stores end of Cusack Park.

Longford’s full-back line looked as though they were hopping on broken bottles and smelting stones while in pursuit of the Dromiskin rocket, whose Meath blood showed in the break out of feisty cuffs along the stand sideline in injury-time.

The De La Salle star may as well have been Mick Lyons as he laced the thumps in, but sure by that juncture referee Joe McQuillan had no ink left in his pen to take the names of the perpetrators and with Dublin not playing, he didn’t care who won or lost. Thankfully, Niall O’Donnell was able to keep a grasp of Kevin O’Hanlon as the other 28 went at it.

Seamus O’Hanlon and Tommy Durnin provided the midfield platform for a triumph which sets-up a quarter-final against Laois in a fortnight’s time. St. Brides’ County Board delegate, Paddy Farrell, has prepared a Dowdallshill or Nowhere campaign, backed up by Pat O’Brien (Sean O’Mahony’s), Paul Murtagh (St. Mochta’s) and, of course, John Kerr of the Newry Road club itself.

Chairman Peter Fitzpatrick wouldn’t be drawn on the possibility of taking Laois down the road, but accepted, while in the company of secretary Bob Doheny, who was looking more than happy with his clipboard in hand, that by travelling to Portlaoise, “the Clans lads could unwind”. 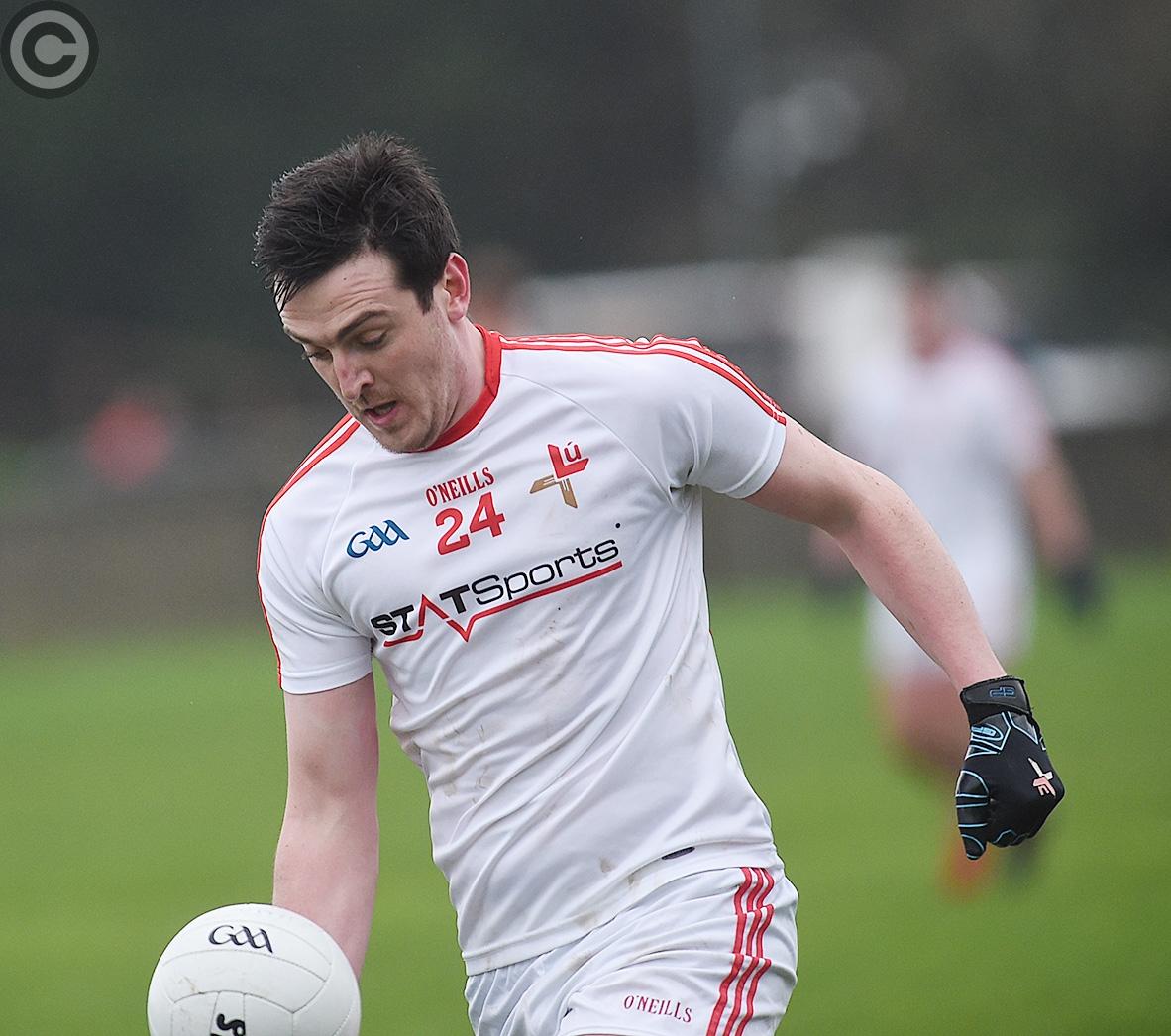 OH ME OH MY

The crowd didn’t quite flock to Mullingar - though there was enough of a travelling contingent to allow Gerry McGee and Brian Matthews organise two buses. All didn’t go to plan, however, as a flat tyre coming out of Collon meant Gerry’s delegation were late and when they did arrive, decided the lure of the stools in the Greville Arms were too strong.

All was going well until Paul McGee asked why there was such a smell of turf, causing outrage among a party of bogmen who were in to celebrate their victory over Offaly in the annual Midlands Spade-Fighting Championship.

“We shower once every three weeks and I’m not due to stand in the rain for another four days,” shouted the team’s disgruntled captain, who then got a belt across the gob from an unnamed Naomh Malachi clubman. Take the fella out of Shelagh, but not the fight out of the fella. Or something like that.

By the time the armed response unit landed, according to Mickey Matthews, most of the Jolly Boys had gatecrashed a travellers’ wedding upstairs. Four or five well-known others took a left outside the front door, spending the evening hanging out of Joe Dolan’s statue while pining for the 2010 Leinster title.

It’s not known if Paul or Noel Litchfield were responsible for the singer’s head being sawn off, although Budgie Boyle was later seen having an argument with a local busybody, who was quoted as saying in Monday’s Irish Independent: “The Normans were the last to invade like this.” 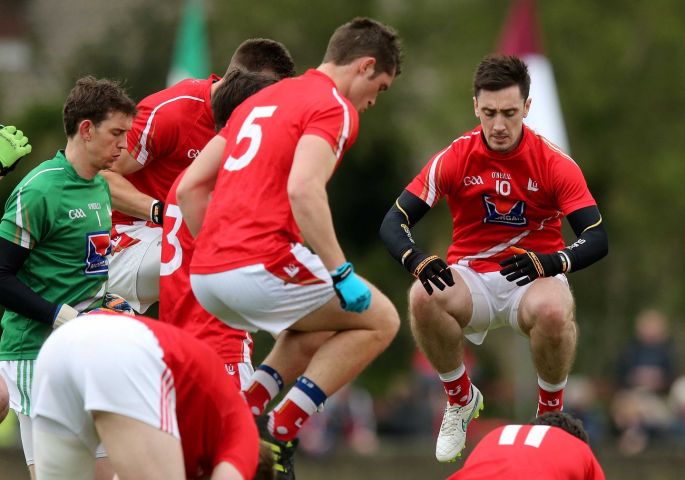 Louth trailed 2-3 to 0-8 at half-time despite playing the better football. The Young Irelands lads not passing it to anyone but themselves took its toll when a mix-up between half-backs Kieran and Derek Maguire led to Longford’s second goal.

Centre-half Benny McArdle told the duo in no uncertain terms what he thought of them and it took three stewards to restrain Jimmy from walloping the Dundalk Gaels man with his camera. Arthur’s Archives will be worth looking at in 10 years’ time.

The first concession was made in Cooley. Alan Page misjudged the flight of the ball, clearing out backpedalling full-back Colin Goss, as Tony McCarragher slipped, leaving Longford’s full-forward with a one-on-one, which he slotted past O’Donnell at the fourth attempt. In spite of the concession, Adrian Sheelan and Odhran Thornton roared their approval at Page’s no-nonsense approach. Baby Goss was soon replaced by Kevin O’Hanlon.

Up the field, the Byrne brothers were having a nightmare, one trying to outdo the other. It got so bad that after shoving another handful of brylcreem on his blond barnet, Casey rugby-tackled Declan to the ground as the Longford defence cleared their lines.

Thinking he was back in the land of Oz for a moment, Kangaroo Jack was subsequently black-carded for trying to sell the umpire a shedload of Defy gear. His early five-point contribution earned him brownie points, though, and after going all John Mullane on a post-match interview with Colm Corrigan, his episode is likely to be forgiven.

Although Declan didn’t look best pleased. Casey may well have to forfeit the next game of table tennis in order to make it up.

With Rooney and Collier in for the pair early in the second half, Louth hit their stride. “Running machine” Trevor O’Brien opened the scoring on the restart and when the McDonnells, Nicky and Andy, converted off the wings, The Reds were on a roll. 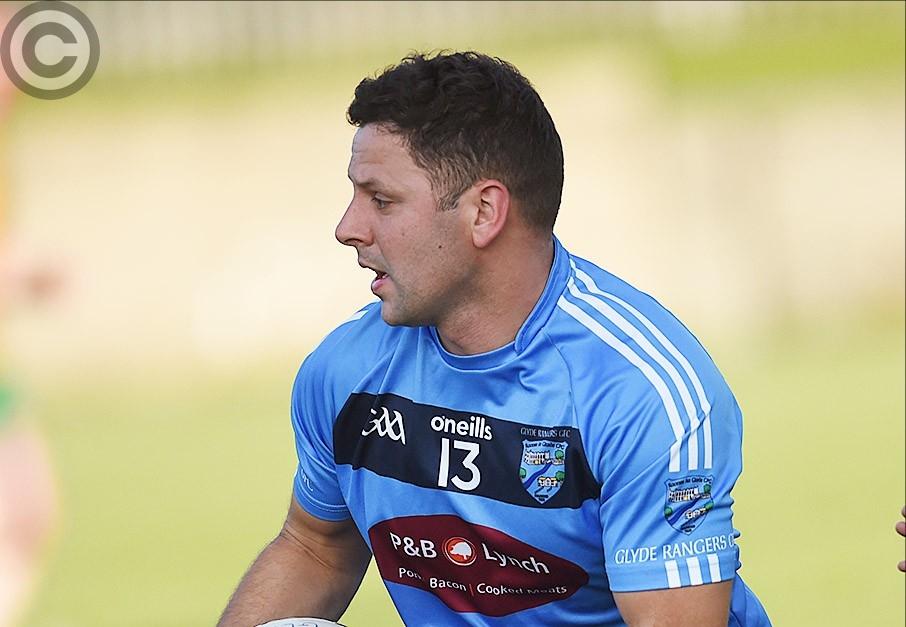 Still, though, Longford were two in front when Collier lifted the net. “Joe’s for Joe, 2026,” shouted Simon Fagan.

Full-time. Relief for Kierans, but it took a few ice-creams on the way home to diffuse the situation. Goss had resurrected and was winding his first towards Page, only for it to accidentally collide with unused substitute Ollie McDonnell. Sure out of nowhere came the Butterlys, the Reillys and the Whites for a row as big as a fight.

It being second nature, the Cooley lads got involved and because they were in it, in followed Kilkerley. Jealousy sparked Bride’s into action, but their gripe was with Geraldines and Mochta’s teammates. Only 99s could settle it. And they did.

Members of the overseas peace-keeping regiment from Aiken Barracks have been recalled from Lebanon to ensure tonight’s training session passes without controversy. It’s believed sub goalie Gerry Farrell’s flake was stolen. Injured Dessie Finnegan, who was seen with chocolate on his face, got the blame and rumour has it that they’re all coming out of the mountain to seek justice.