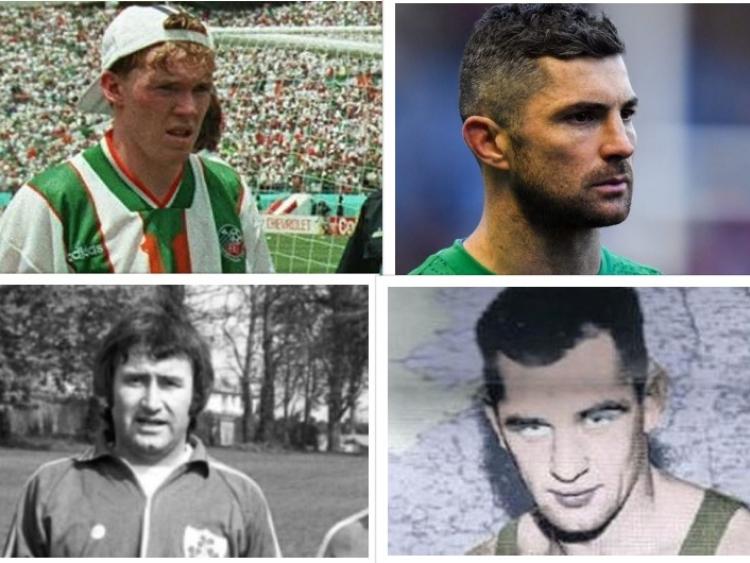 Wait… Don’t flick on, throw a cup or kick the dog just yet. The task landed on the lap of my former Democrat buddy, Ronan Mullen, now working for Off The Ball, and the Irish Independent’s soccer correspondent, Daniel McDonnell, was about as thankless as they come.

OTB are amid a series where each county’s Mount Rushmore candidates are chosen, with journalists and experts presiding over the selection process in their native area, hence Mullen and McDonnell, from Dundalk and Ardee respectively, had the honour.

Ronan was in contact with many around the county in preparation, your writer and Inside Track’s Joe Carroll included, and so he was given plenty of names from Eve McCrystal to Frank Lynch, Gary Kelly and even Cuchulainn himself.

For what it’s worth, I never completed my quartet, instead leaving it at what I felt were a nailed-on three, Staunton, Kearney and Paddy Keenan, who Daniel correctly stated was my Louth GAA player of all-time.

That was during last Wednesday’s 40-minute debate on air in which the final four were locked in, the format pivoting on Ronan declaring a candidate, to which Dan replied either in favour or by pitching an alternative.

Staunton and Kearney were straightforward and so the discussion pertaining to them was merely a formality, simple fanfare. There is hardly an aficionado who would drop one or the other from the list the sculptor will be handed.

Number three was trickier, Keenan getting the Dundalk man’s nod on the basis of his heroic displays over many years on a Louth team which was in contention for a major honour just once, 2010.

But Dan favoured Stephen White, the only Wee County man named on the GAA’s team of the millennium, a feat which, on reflection, outweighs Keenan’s record as being Louth’s sole All Star. Not that what the St. Patrick’s man managed a decade ago should be hailed as anything but extraordinary.

Nonetheless, the Indo hack’s reasoning was compelling and convincing. White was a sound component of a Louth team that achieved four Leinster titles and reached a pair of All-Irelands, winning in 1957.

Keenan, it was added, couldn’t help being born when he was and would doubtlessly have been good enough to feature on a Reds XV across the generations, but it would ultimately be a mistake to overlook the legendary No7 on foot of his peak being so long ago. Paddy is the name on everyone’s lips just because his displays remain fresh in mind.

Regardless of how good he was - and your writer is unashamed to say that he was a childhood hero - Keenan will hardly be in the running when selectors of 80 years’ time settle down to choose their side of the century. The fact is, White was and he made it.

Moving on, the lack of a Droghedean had to be addressed and Tony ‘Socks’ Byrne was confidently lodged by Ronan, whose boxing knowledge would probably put Sky Sports’ panel to shame. McDonnell agreed, albeit Kelly, Ian Harte, Joey Donnelly, Barry Kehoe, Stefan White, Dermot O’Brien and Tom ‘Sailor’ Sharkey were given honourable mentions.

How to finish? Well, the rules dictated that Ardonian Dan had the power to usurp one candidate for a choice of his own. Keenan, it seemed, was always going to lose out and he did, but not for Stephen White, who he had earlier campaigned strongly in favour of.

Tommy McConville was above Kearney on the Deesiders’ shortlist and so in the Dundalk legend went, leaving the GAA with a minuscule claim within the selection. Each of Staunton, Kearney and McConville were involved in teams that reached, and played in, senior championship finals, of course.

McConville won league and FAI Cups with The Lilywhites and Waterford, and if it were not for the Munster men’s financial greed, a move to Manchester United would have materialised in the early 1970s. Had it come to fruition, the late defender’s entry could well have been undisputed.

Asked if they were happy with the final four, the selectors weren’t especially. Ronan wanted Keenan, Daniel favoured White. But there was common consensus that the heads of Staunton, Kearney, McConville and Byrne should be carved into the Cooley Mountains, and, as punishment for that 2010 call, by none other than Tyrone’s Martin Sludden.