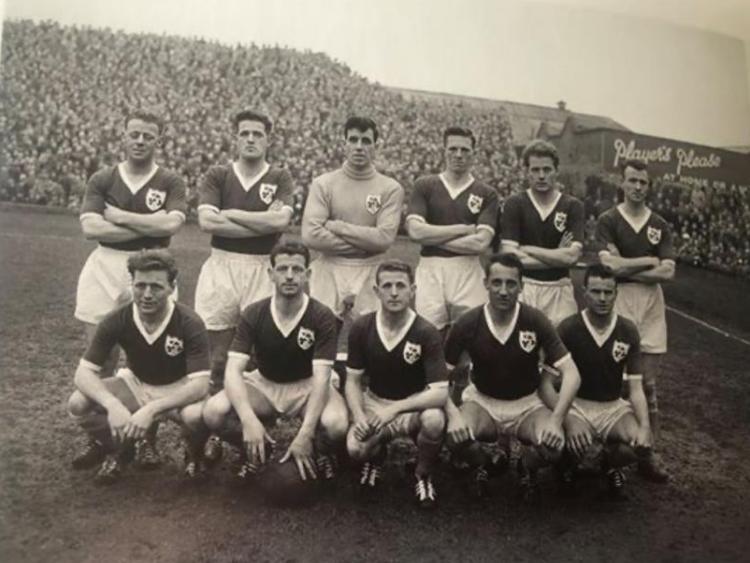 James Molloy, from Riverbank, Ardee, spotted an error in the piece which appeared on this page a fortnight ago.

James Molloy, from Riverbank, Ardee, spotted an error in the piece which appeared on this page a fortnight ago.

The pictured League of Ireland team, which included Dundalk-born Willie Coleman, was, as James points out, in action on St. Patrick’s Day 1959 against the English League, not the Irish League as stated. (Inside Track was at fault, not the correspondent who submitted the photo.)

The game ended in a 0-0 draw. Dalymount was packed, over 35,000 making it through the turnstiles. James was among the throng.