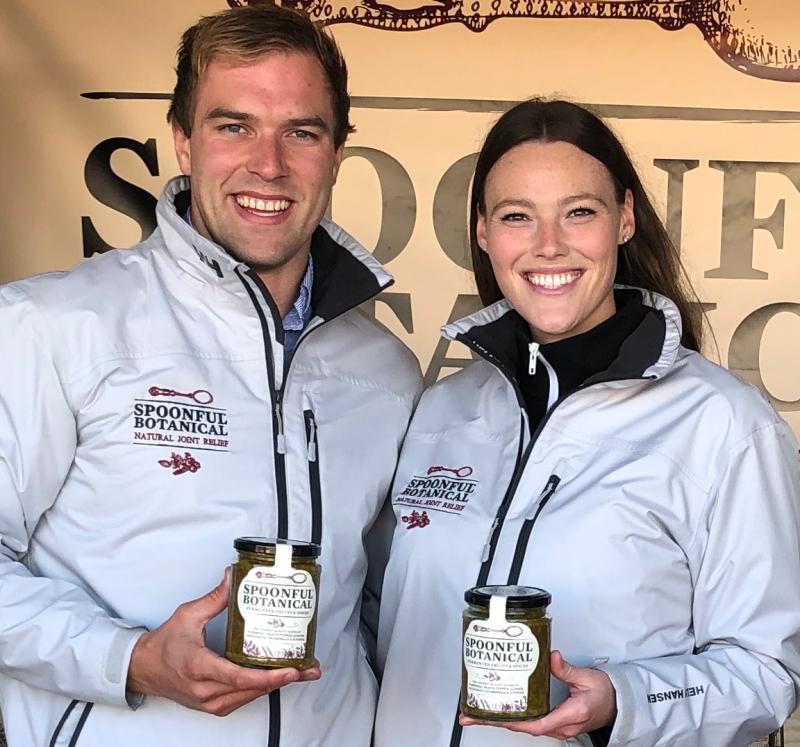 It’s possible that healthcare professionals apart, Louth footballer Conor Grimes and his partner, Janye Gavin, are the two busiest workers in the country at the moment.

It’s possible that healthcare professionals apart, Louth footballer Conor Grimes and his partner, Janye Gavin, are the two busiest workers in the country at the moment.

Their fermented herbs and spices product, Spoonful Botanical, is thriving and appears in over 100 stores nationwide, including Strandfield and Height of Health in Dundalk. Its natural anti-inflammatory properties are hugely beneficial to people in pain.

Much of their recent trade has been via the company’s website and it’s a sign of their increased demand that the couple are in the middle of moving production from a home kitchen setting in Tullyallen to an automated base in Tinure, near Monasterboice.

Grimes, a Glen Emmets footballer, met Kildare native Jayne while they were studying at Dublin IT and it was on a post-graduation trip to India and Asia that they stumbled across the ingredients which they now use on a daily basis. A personal relationship has developed into a hybrid arrangement, mixing work and pleasure.

“We’re with each other 24/7, but it’s been fantastic,” Grimes tells The Democrat, as Jayne stands within earshot.

“The journey and where we’ve come from in the space of a year, to be in over 100 stores, we couldn’t have imagined it taking off so quickly and the feedback we’re getting off customers, it’s fantastic to be able to play a small part in some people’s lives. It’s what keeps you going. 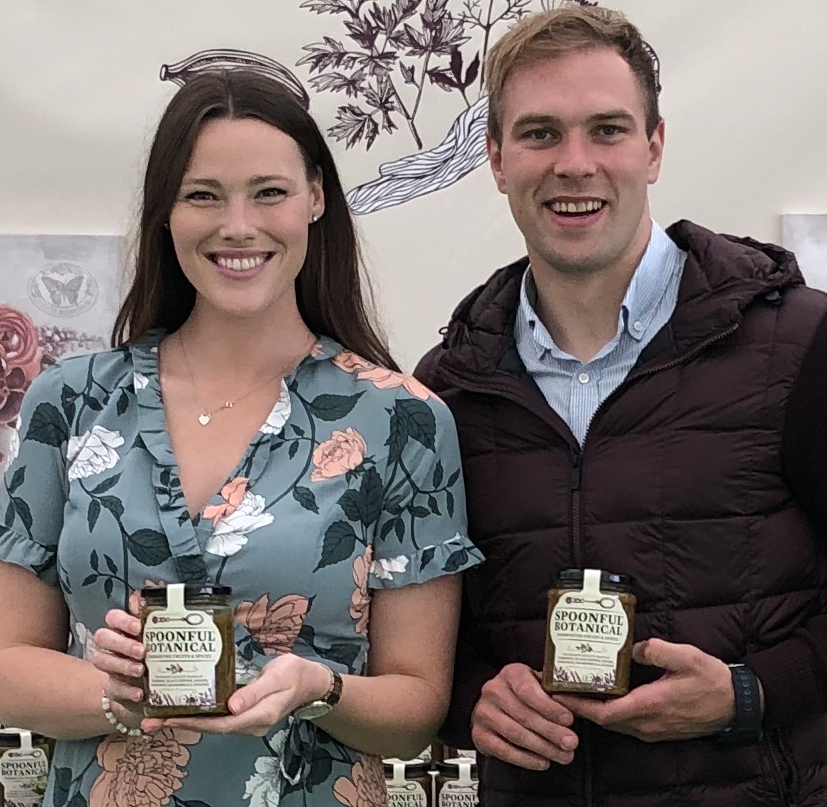 “It’s just been phenomenally busy. The last two months, we just can’t believe it ourselves, it’s been mad. People are spending more time looking after themselves; immunity-wise, they’re trying to eat the right foods. We’ll take it while it’s going.”

The recipe, of over 14 various herbs and spices, its compound and how they stumbled upon it is best told via Conor.

“From people with arthritis and joint pain, to those with heart disease, high cholesterol, etc, there has been really positive feedback around the product and that’s ultimately what it’s for.

“My Granny was suffering really badly from arthritis when myself and Jayne were travelling. We saw all the different herbs and spices being used to help combat inflammation - for medicinal purposes - and so our first thought was to bring some of the spices back home and see if she could get any relief from them. It was certainly nothing got to do with a business.

“She started to get good results and was able to start doing simple tasks again, but we still never intended it to become a business. A few of her friends started taking it and we got to a stage where we’d over 100 people taking it.”

They set-up a website on the back of growing interest, attracting the backing of Enterprise Ireland and subsequently Bord Bia, both of who have provided the necessary support in the form of product placement and sourcing the highest quality ingredients from abroad. 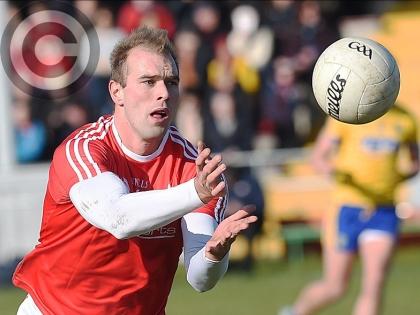 The pair spend two days a week grinding down the contents, mixing and jarring it, before allowing it to settle for three weeks in storage, prior to its distribution. Indeed, the fermentation process ensures its nutritional value and is excellent for gut health.

“It’s got a unique flavour,” Grimes says. “There’s absolutely no additives or flavourings; it’s 100 percent natural and you only need the one heaped teaspoon of it every day.

“It has a chutney texture, but the golden raisin gives it a sweeter flavour. You can get a kick from the ginger and turmeric, but it’s not ‘hot spicy’, you’ll not take it and feel like you’re after eating a chilly. It has a sweet flavour from the raisin and that after-kick from the spices.

“If you find it a little bit hot, some natural yoghurt or porridge with it, people have been saying you can barely even taste it then.”

WON-OVER
The typical food intake of an Irish person is considered much blander to those on the other side of the globe, which, Grimes laughs, made it a wee bit tricky at the start to get his Granny to buy-in to the product.

“She wasn’t too impressed,” he says. “It definitely wasn’t in her DNA to be eating all these different herbs and spices; it would have been a plain and simple diet.

“There was no way she was going to take 14 or 15 different spices and herbs in her diet every day; we just don’t eat the same way as they do over there. That’s why we decided to bring them home and blend them down.

“But she was at the stage where she was just tormented by pain and would have tried anything nearly. Anyone who’s at that stage, where simple tasks like washing dishes, picking up plates or trying to write, your hands are paining and you’d nearly try anything to help. 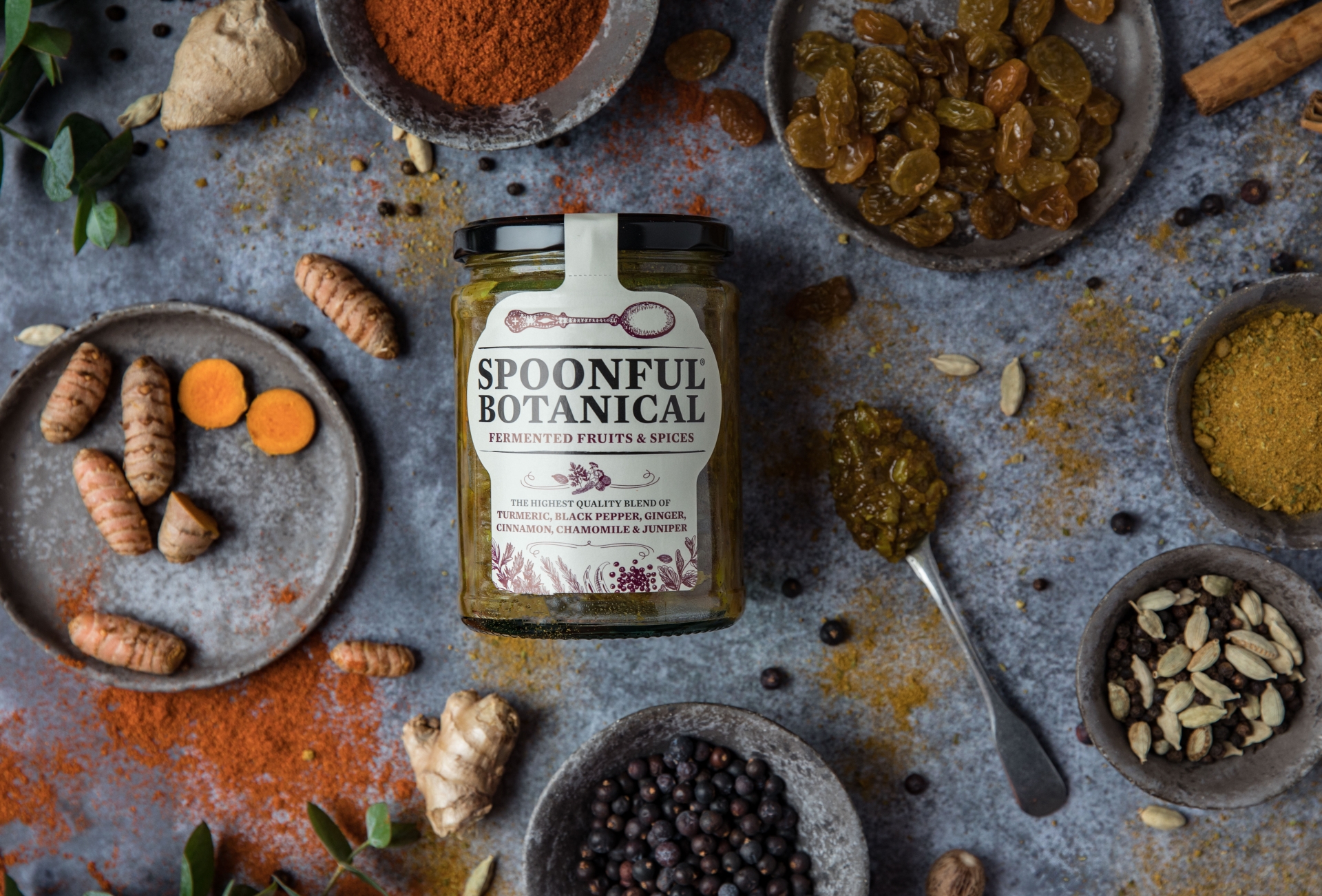 “I don’t think she’d have changed her whole diet, but the one teaspoon in her porridge every day wasn’t a significant change.

“It does take time. It’s not like your Difene or your over the counter medication where you take it and feel instant relief. It deals more with the underlying issues around the inflammation so it does take that month to six weeks before people start to feel the benefits - and it doesn’t affect any other medication you may be taking.

“You’ve to get into that routine of taking a heaped teaspoon every day.”

The product, however, isn’t exclusively helpful to those on a particular part of the age-scale. Some of Ireland’s most prominent athletes include Spoonful Botanical in their daily diet.

“I use it for recovery and I’ve had my fair share of injuries over the years - the ACL, etc - and it’s just a really good anti-inflammatory,” Grimes adds.

“A lot of the Dublin GAA, Leinster Rugby and Kerry GAA players take it. Anything 100 percent natural, that’s food-based, that you can incorporate into your diet every day, it’s what all athletes are looking for.

“The feedback has been very strong and a good few of my Louth teammates are taking it as well.”

FULL-TIME
Conor and Jayne have gone full-time at the business in the last year, on the back of the industry support they received. It allowed Grimes to go through Enterprise Ireland’s New Frontiers Programme at DkIT, in exchange for financial remuneration, as the project gathered momentum. 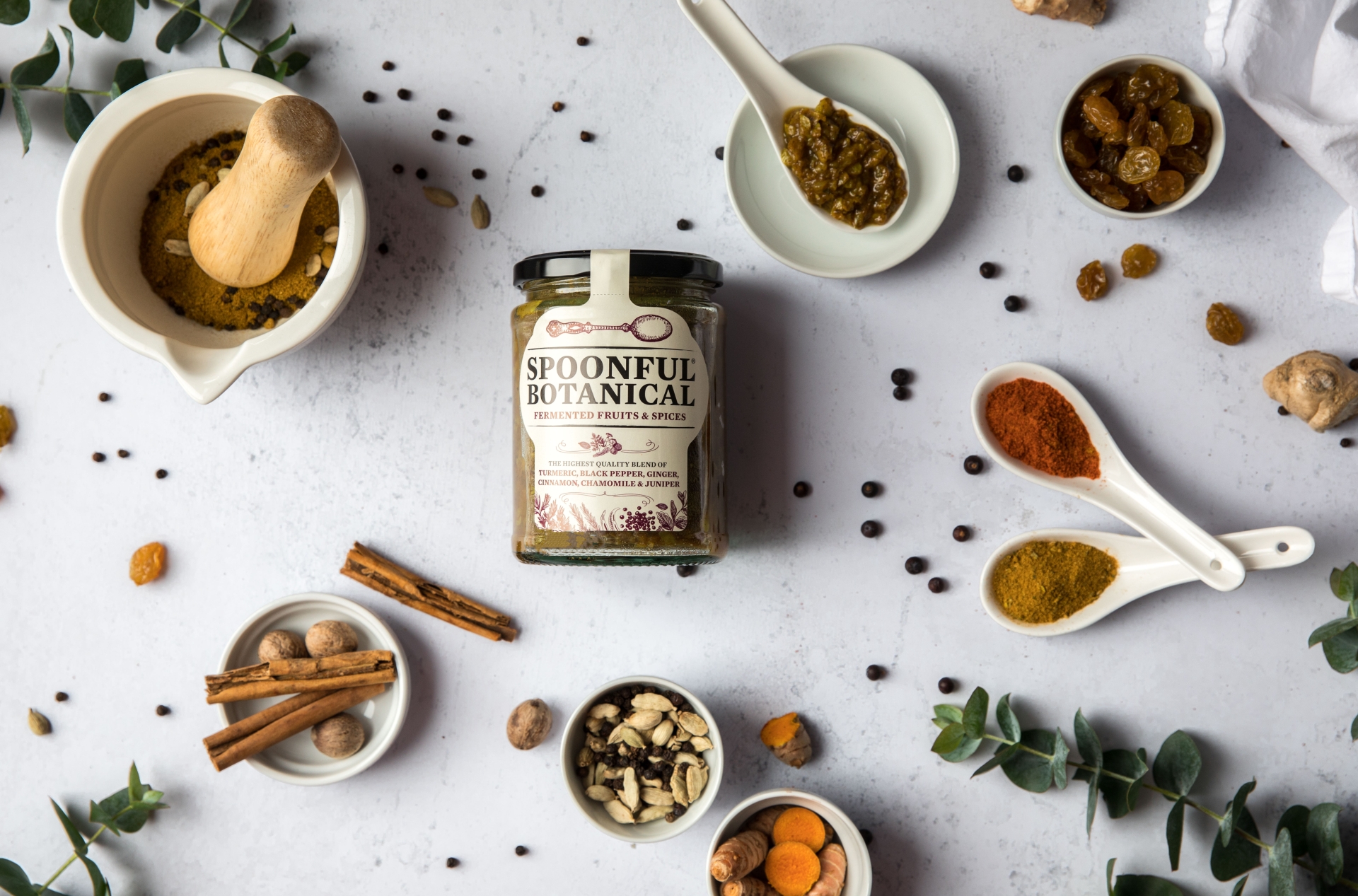 Once their orders started to flow, Jayne, whose marketing degree has complemented Grimes’ business qualification, gave up her “good” day-job in Dublin in order to concentrate fully on the business. A “scary” move, they admit.

But it’s given them a chance to execute branding and packaging measures to the fullest, and the business continues to flourish. What the remainder of 2020 holds remains a mystery, though.

“Our online business has never been as busy as it has been over the last few months. People are staying on with the product and ordering directly, though I don’t think anyone could say where we’ll be when this is all over, store-wise.

“We’d our targets set out at the start of the year. 2019 exceeded all our expectations, but obviously you never know what’s around the corner; all our trade shows have been cancelled for April, May and into June so we’re going to have to look at things differently.

“From a business point of view, we’ve been fortunate that we’ve been able to keep going and we’d be hoping to do so at a steady rate. The last two weeks have probably been the busiest we’ve ever had and the two weeks before that were the busiest to that point too. It’s growing at a great rate at the moment; hopefully it’ll keep going.”