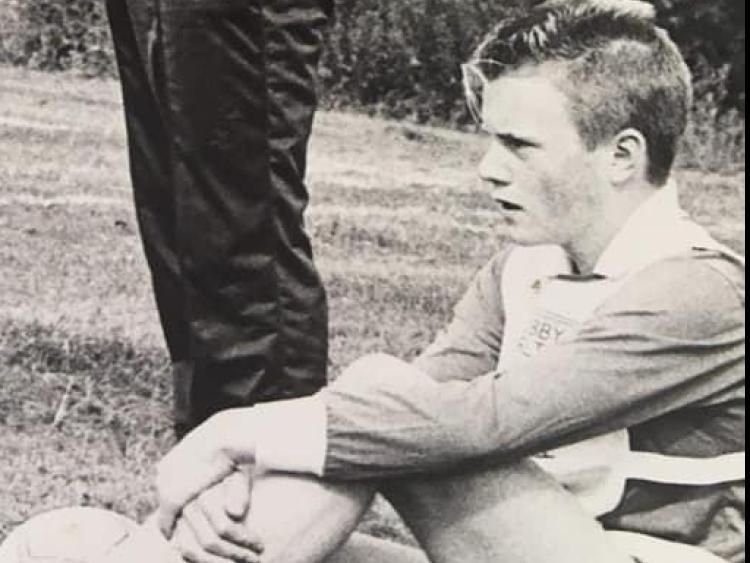 Aidan Delaney played with the Louth seniors in the early 1990s, and in club football was on three intermediate football championship-winning Dundalk Gaels sides.

The boy looking on as Bobby Charlton oversees a training session at the grounds of Dundalk Regional Technical College (as the DkIT was then known) may not have made it at soccer, but he carved out quite a good career for himself on the Gaelic field.

Aidan Delaney played with the Louth seniors in the early 1990s, and in club football was on three intermediate football championship-winning Dundalk Gaels sides, captaining the team that won the Seamus Flood Cup in 2007. He was at centre-half on the Ramparts senior side beaten in a replayed championship final by Clan na Gael in 1992. 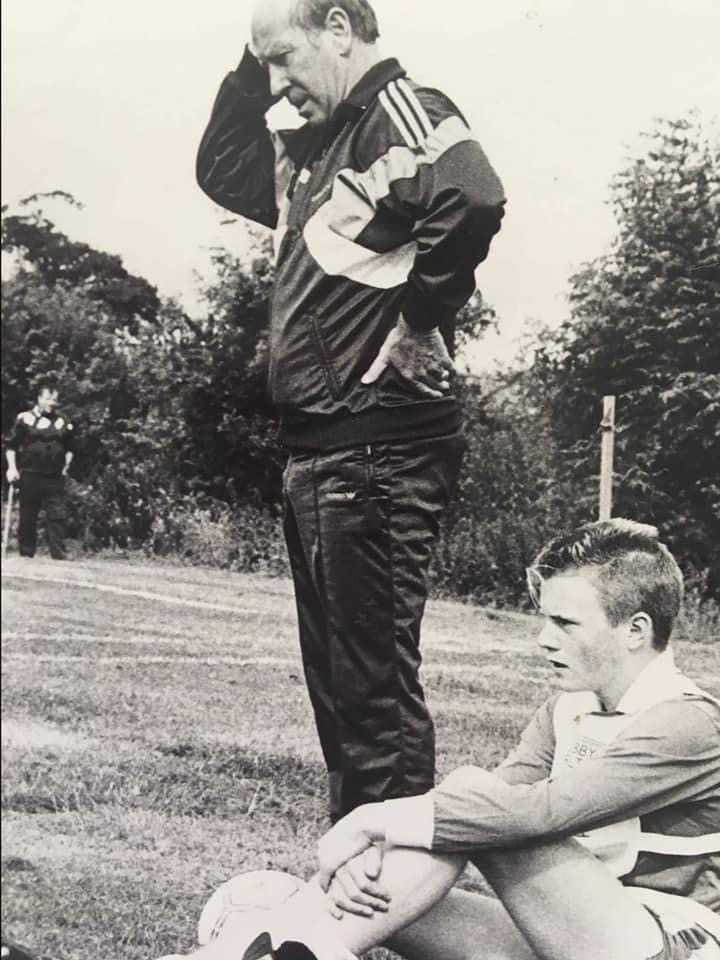 Charlton, a World Cup winner in 1966 and pivotal to Manchester United’s European Cup win two years later, took in this Saturday morning session, and it would appear he wasn’t too impressed with what he was seeing.

At 83 years-of-age, the brother of former Republic of Ireland manager, Jackie, continues to follow the fortunes of United, often spotted – before sport’s lights were turned out – in the company of another Old Trafford icon, Alex Ferguson. He won 106 caps with England and scored twice in United’s 4-1 over Benfica in the Euro final.