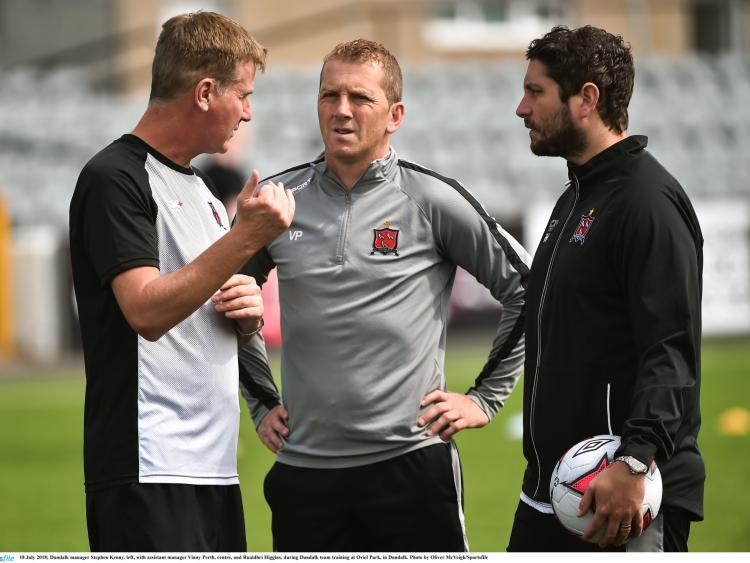 Vinny Perth is unhappy with how the FAI have handled their approach for his assistant, Ruaidhrí Higgins.

The Dundalk FC boss looks set to lose his No2, with the Derry man believed to be on the verge of taking a role within Stephen Kenny's Ireland senior team management.

However, Perth, who was Kenny's right-hand man during the Dubliner's six years at the Oriel Park helm, believes the club could have been treated better during the head-hunting process.

“It’s disappointing that a member of staff that I rate so highly has been approached to move elsewhere,” Perth told dundalkfc.com.

“The manner in which the approach was conducted is something that I’m not happy about and I will leave that with our board of directors and the FAI to deal with.

“I feel very strongly about protecting our staff and players and the board have been exceptional with this since I took over. We have people under contract and those contracts need to be honoured and respected.”

He added: “We fully understand that this is a wonderful opportunity for Ruaidhri,” he said. “I have always said that to win a league title you need league winning staff and I have definitely had that. He has played a key part in our success.

“My job now is to protect Dundalk FC and I have time on my side to make whatever decisions need to be made over the next couple of weeks.”