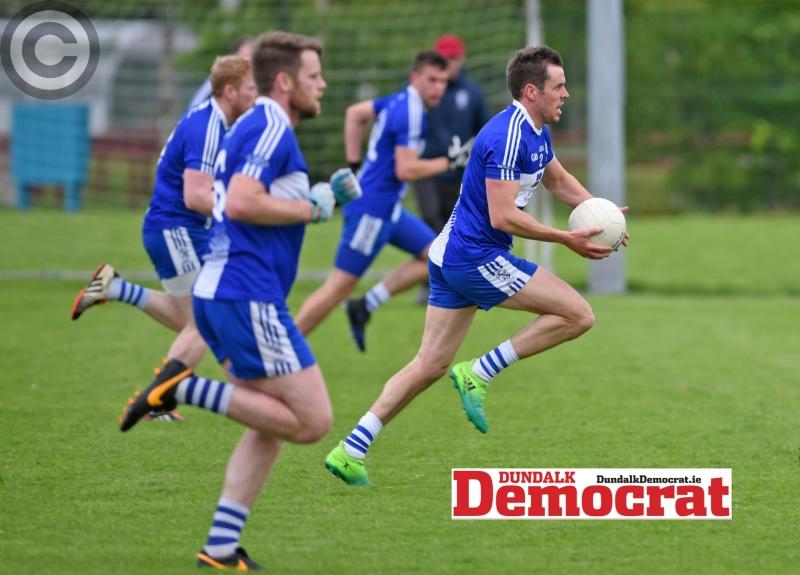 Pat Byrne invited me on to his Dundalk FM morning show late last year to talk about the book, The History of Dundalk Stadium, which I had co-written with John Kirwan. It was easy-going stuff, with Pat handling things with the experience of someone who’d been in the broadcasting game all his life. Of all the radio interviews I’ve done – and there hasn’t been a whole lot of them – this was the one with which I was most comfortable.

I was on my way out of the office when station boss, Alan Byrne, met me and asked if I’d be interested in doing a programme, playing my favourite tunes. And I immediately thought of all the gadgets Pat had been moving up and down a few minutes earlier, playing tunes before and after our chat. I told Alan I’d need someone to assist me, thinking of how Jim Ryan and his sidekick, Tony, collaborate on the station’s Sunday morning classical music show.

I heard nothing more from Alan, but I often thought of what I’d choose if I was ever to do the programme. Maybe it will materialise when life gets back to normal.

Luke Kelly’s Night Visiting Song would get a spin, along with Abandoned Love, not the writer, Bob Dylan’s version, but the Everley Brothers’, which is enhanced by Liam Óg O Flynn’s bagpipe playing. I first heard this one on Ronan Collins’ RTÉ radio mid-day programme and fell in love with it.

I’d have a tale to tell before playing a tune from one of yesterday’s groups, The Bachelors, and it would be the same with ABBA’s Dancing Queen. There’s an ABBA tape which gets a regular play at home, and there’s not a song on it you couldn’t absolutely love. At least, that’s how it is with me.

Just to show that my taste in music is, let’s say, varied, Joan Sutherland’s Last Rose of Summer would get a spin, just as it did on Ryan’s show one Sunday morning last year. I’d been in Jim’s company at a Clan na Gael get-together a week or two earlier and put in a request. Good to his word, my one-time football adversary gave Joan her voice, the great Australian soprano singing one of the loveliest to come from the pen of Thomas Moore.

There’d be another story, this one greyhound racing-related, to tell before calling on Tina for Simply The Best, and then there’d be Neil Young’s After The Goldrush and Dusty Springfield singing Goin’ Back.

No Streets of London, or Green Fields of France, or the Nightingale, or even The Music Man, which might just surprise those who make up the All-Ireland Day Dundalk Gaels travelling party. Ralph McTell, The Fureys, The Dubliners and Robert Preston? They’re in the penny-ha’penny place, chaps.

If ever we needed music in our ears it’s right now. It’s putting it mildly to say these are trying times, the restrictions we all have to observe making life different and more difficult than it ever was before for any of us, regardless of the details carried on our birth certificates.

And I’m back in the DJ chair again, choosing songs I’d play in the hope of giving listeners a fillip. There would also be a salute to those in the frontline, the doctors, the nurses and other medics leading the charge against this most aggressive of enemies. And it’s they who would be in mind for the programme’s opener.

Mariah Carey’s at the mic and she’s giving Hero wellie.

And then a hero comes along/With the strength to carry on/And you cast your fears aside/And you know you can survive/So when you feel like hope is gone/Look inside you and be strong...

Harry Lauder wouldn’t be known to the younger generation, or even many from older generations, but he sang a good ’un, appropriate for today.

We call them Puddle Partisans on this page, the multitudes who support the team from the red half of Liverpool. Number 1 in their hit parade is a song from Carousel, made famous by proud sons of Merseyside, Gerry and his Pacemakers.

When you walk through a storm/Hold your head up high/And don’t be afraid of the dark/At the end of a storm/There’s a golden sky/And the sweet silver song of a lark/Walk on through the wind/Walk on through the rain/Though your dreams be tossed and blown/Walk on, walk on/With hope in your heart/And you’ll never walk alone...

Vera Lynn, now a magnificent 103, had two songs for her country’s forces fighting in the Second World War, White Cliffs Of Dover and We’ll Meet Again. Let’s go with the latter.

If Gloria Gaynor can do it, so can we all.

Let’s close the programme with one from Westlife.

Stay strong and keep a song in your heart.