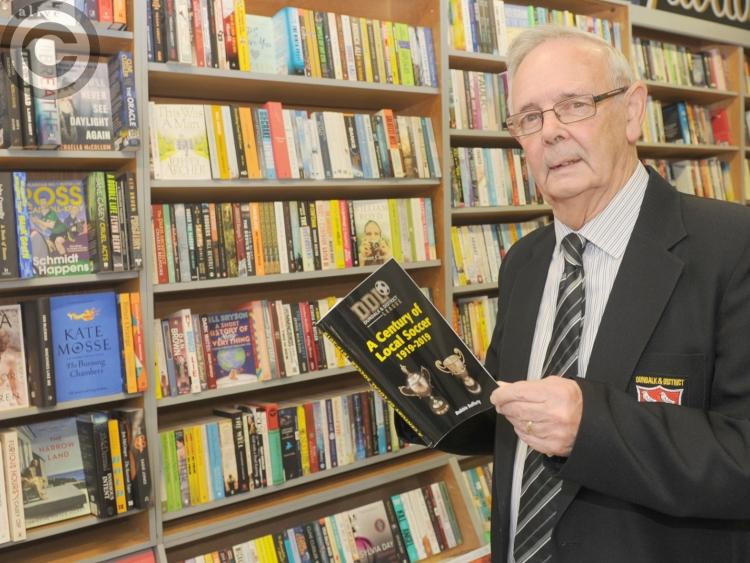 Robbie Rafferty admits there is much uncertainty over when or whether this year’s Dundalk & District League senior season will get underway. (Pic: Aidan Dullaghan)

Robbie Rafferty admits there is much uncertainty over when or whether this year’s Dundalk & District League senior season will get underway.

The Summer League’s chairman has also resigned himself to the possibility that the U19 division, which was run over the winter just past and is nearing completion, could be declared null and void, with no club declared as the title-winner.

Rafferty had been due to preside over the body’s AGM recently, but the gathering was called off in line with Covid-19 safety precautions and leaves the potential for the senior league’s failure to go ahead for the first time since 1966.

“If the government and the FAI put a clamp on things, obviously, you’re not going to be able to run a league,” Rafferty told The Democrat. “We were supposed to have an AGM at the end of March, but, unfortunately, with all the virus measures - social distancing and people being housebound - it’s been put on the back burner.

“We’d only two or three games left in the U19 League and two semi-finals and a Cup final, but they’ve been hit on the head as well. We were hoping that we would get it finished, but the way things are going at the moment, it could be the end of June before anything will start.

“Normally with the senior league, we’d be starting it now or at the very latest at the end of this month.

“It looked like we were going to get anywhere between eight and 10 teams this year and if we still have the interest in it, which we hope we will, we’ll probably try to run-off a one-round league and see if we could get the two Cups, McConville and Clancy, incorporated too.

“We’ve been talking about starting the U19 League earlier this coming year. We were very late starting it last year and only for that we’d have been able to get it finished.”