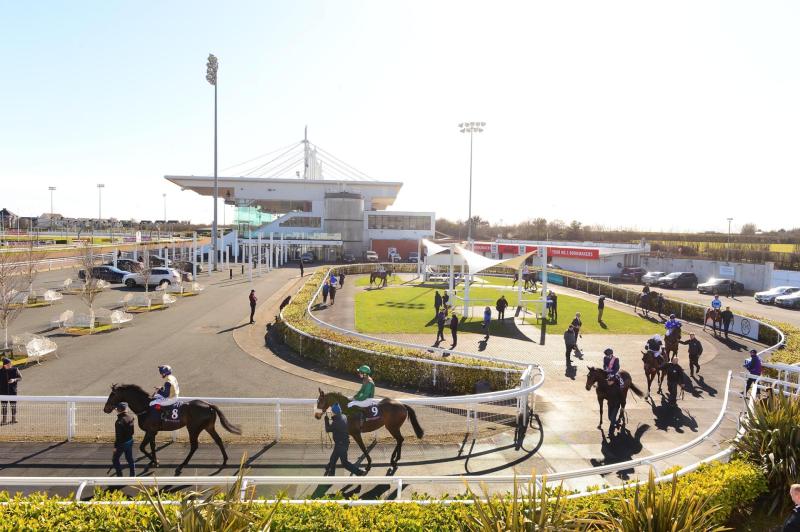 The Dowdallshill track held racing on the last two Fridays and speaking to The Democrat ahead of Varadkar's most recent statement, Stadium CEO Jim Martin felt today's fare would go ahead as planned.

“Horse Racing Ireland and the authorities wouldn’t be letting it go ahead if it wasn’t safe, because the most important thing is safety,” Martin told The Democrat.

“They have been in touch with the Department of Agriculture, the HSE and the government, and they were happy with how the initial meeting went. We raced on Friday and we’re due to go again this Wednesday.

“Cheltenham raced the week before last and there were 70,000 people there on a daily basis. We raced on the Friday and there were 200 people. Cheltenham is sport, our fixture is purely an industry and to support the industry.

“Social distancing wasn’t an issue at our meeting, you could have 50 yards between each other if you wanted.”

Last Friday’s eight-race card - the only meeting country-wide - attracted some revenue for the track, but in the absence of hospitality income the Stadium is taking a financial hit.

Martin insists the Dundalk outlet will survive, yet there are genuine fears for those whose livelihoods revolve around regular course action.

“As with any business, our world has been turned upside down,” he said. “We’re a racing business, but we’re also a hospitality business and that has just stopped completely.

“You’ve all the expenses of running a race meeting with none of the income from admissions, restaurants, bars, etc. It’s sizable, the loss, but it’s unimportant at this time.

“From what we hear, this will pass and people will get back. Both industries (racing and catering at Dundalk Stadium) won’t stop because of this, but a lot of damage will be done and people will get out of both sports (horse and greyhound racing) that may never get back into it.

“If someone owns a horse and his business goes wallop, he’s worried about paying his mortgage, not his trainer fee. It’s a tough time, we will recover, but it’s important that we keep participants safe at this time.”