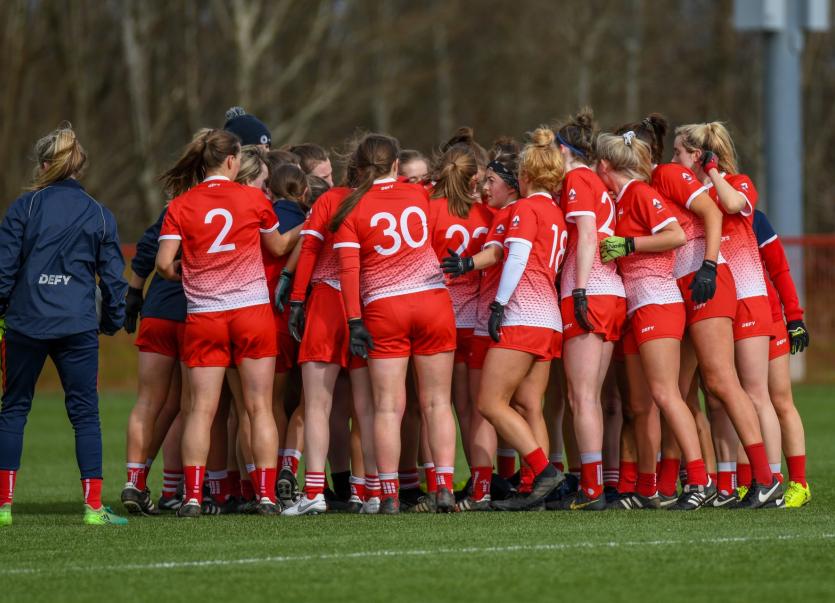 Wayne Freeman's Reds were top of the bottom tier, with a 100 percent record, after four games and due to face Offaly in their upcoming encounter.

However, in light of the continuation of Covid-19 restriction protocols, Croke Park chiefs have opted to call a halt to the spring programme.

In a statement, they said: "In light of the Covid-19 outbreak, the prime concern for the Ladies Gaelic Football Association at the present time is the health and well-being of our members. Consequently, a number of decisions have been made in respect of LGFA competitions, which have not been taken lightly.

"The 2020 Lidl National Leagues have been cancelled for 2020, and will not be completed.

"The Lidl Post Primary Schools Competitions have also been cancelled for 2020, along with the LGFA Inter-provincial competition, the All-Ireland U14 Championship, Féile na nÓg and Féile Skills.

"The 2020 TG4 All-Ireland Championships will be reviewed on an ongoing basis, in line with Government regulations, while there is a possibility of provincial action in the U16 and Minor Championships, when LGFA activities resume.

"A number of Development programmes are also postponed until LGFA activity resumes."