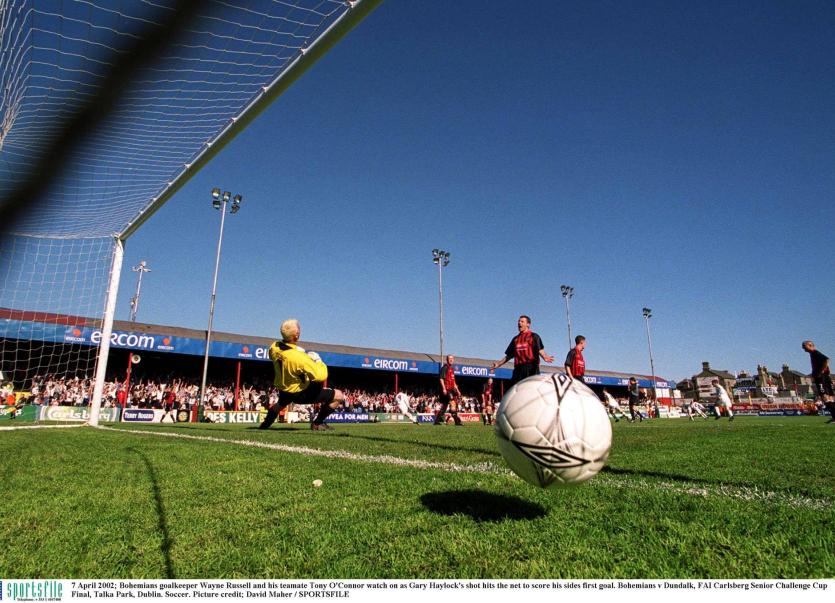 The 2002 FAI Cup final between Dundalk FC and Bohemians was the last decider to take place in April time, following a switch to a 'summer season'. (Pic: Sportsfile)

Let’s hope the League of Ireland season returns on the June 19 date agreed by clubs last week, it would be great - but I would view the target as being tentatively premature.

We can already see how alarming the situation is for Irish clubs, with the pressure to pay players and staff being exacerbated by the lack of revenue as a result of no matches taking place. Cork City, Sligo Rovers and Drogheda United are just three of the sides who have announced that they’re temporarily letting staff go.

This is a totally unique situation. League of Ireland clubs are used to living on a shoestring budget, but the league wasn’t even suspended like this during the second World War. While in 2001, amid the foot and mouth outbreak, the interval only lasted a matter of weeks; slightly longer for Dundalk and Drogheda, of course. 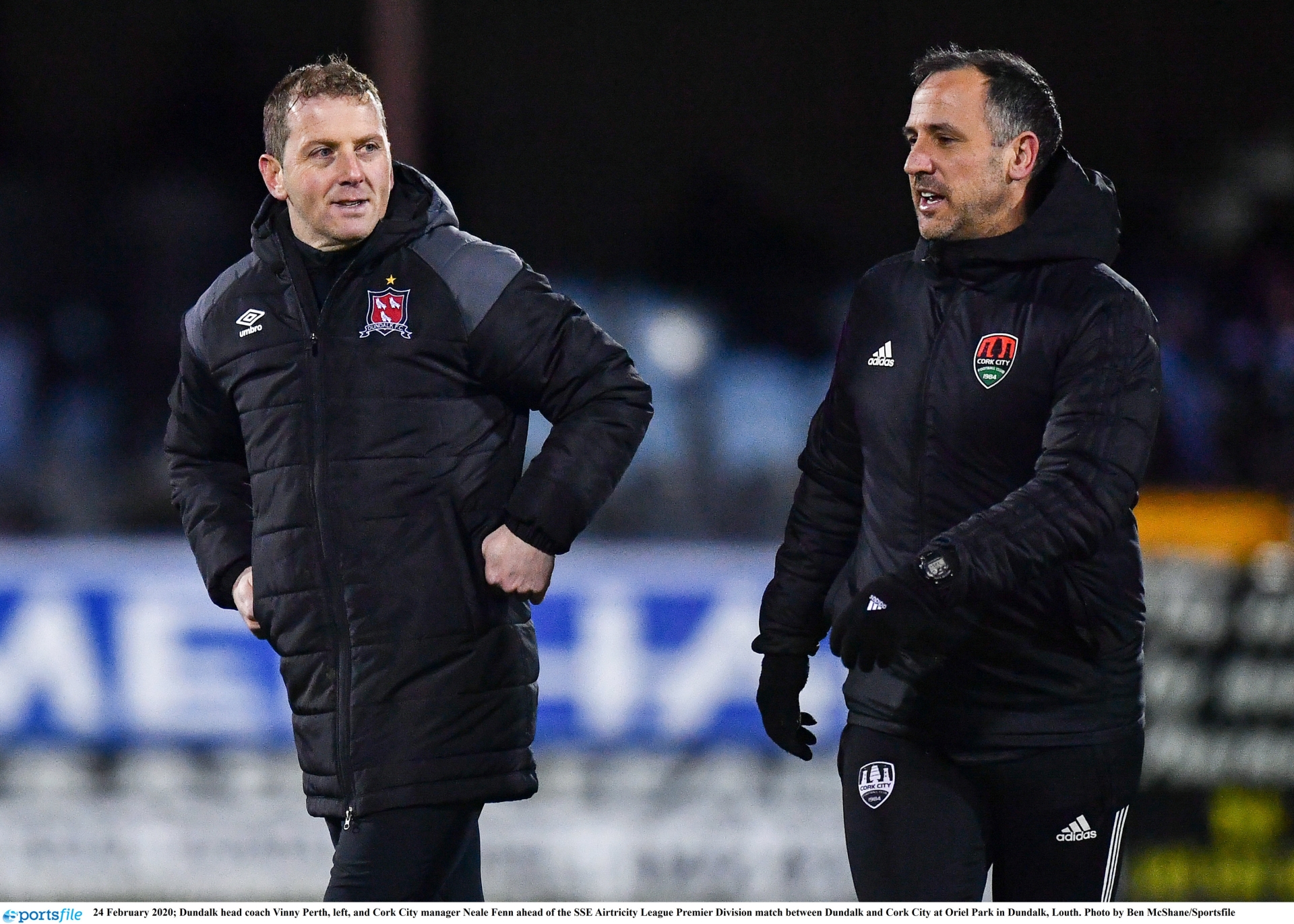 Financially, it’s going to be extremely difficult for the majority of clubs and that’s where the government and FAI must intervene, to ensure all competitors are able to survive.

But, ultimately, the most valuable currency at the present time is human life - something which nobody can put a price or value on. It’s vitally important that this country takes whatever measures necessary to win the battle against Covid-19 and that people’s mental and physical wellbeing are catered for.

Vinny Perth was 100 percent correct in his statement last week when he encouraged supporters to look after themselves while turning to their loved ones as we attempt to keep the worst at bay.

It is a time of great uncertainty and for the FAI, I suppose, another disaster on the finance front. Having neither competitive nor friendly matches on the horizon will dent their already meagre funds. Yet that pales into insignificance in the grander scheme of priorities right now.

But on the FAI, it’s my understanding that Stephen Kenny is contracted to take over as senior international manager in August - or, at least, that’s what the national media have reported. And for me, it’s a no-brainer. 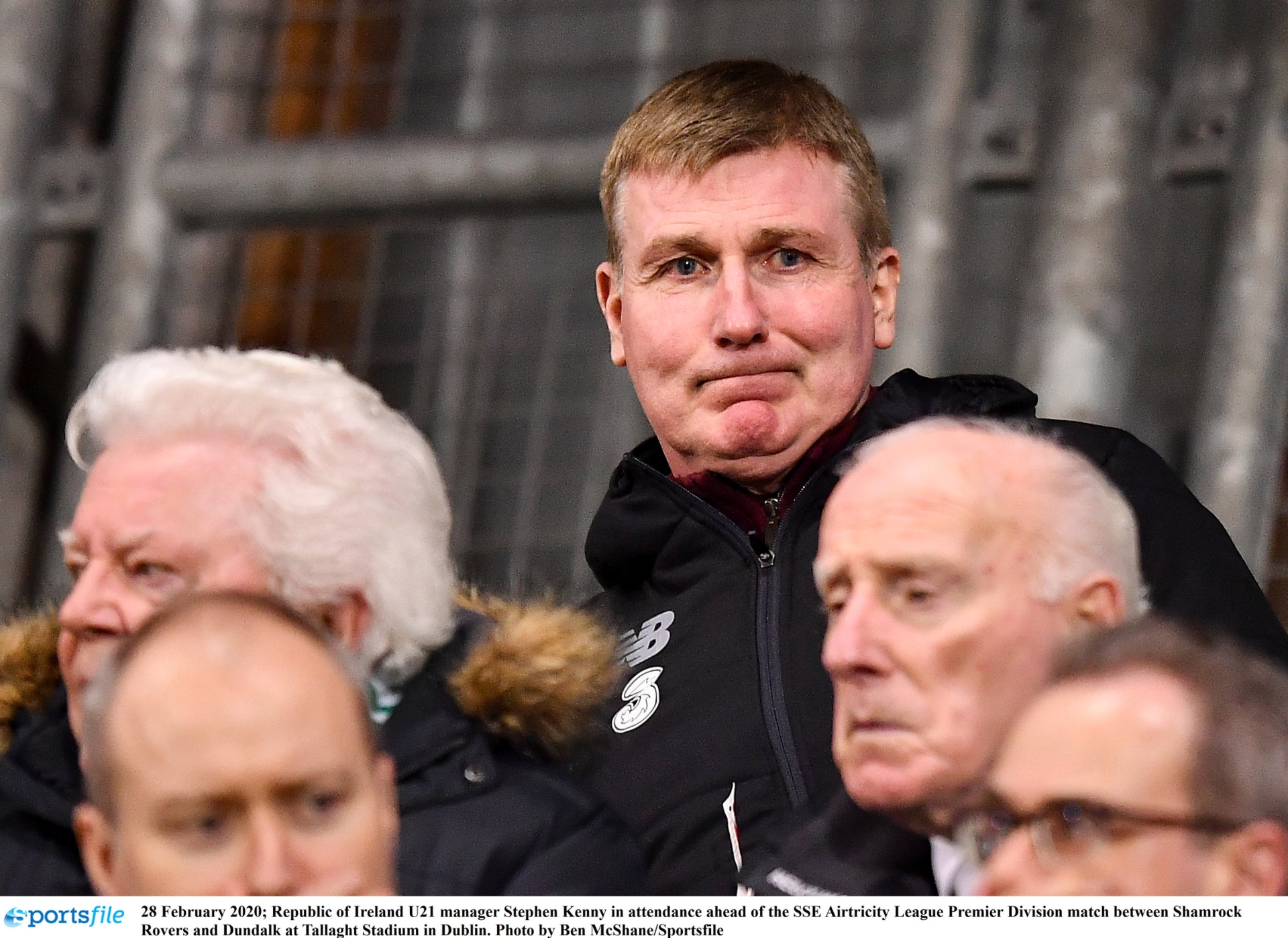 If Mick McCarthy gets to take charge of the play-off against Slovakia, and potentially either Bosnia or the North subsequently, that’s well and good. But even if he wins, the circumstances have changed and Kenny is legally entitled to assume the reins thereafter.

McCarthy, after all, has a nice compensation package agreed and so I’d like to see the changeover pass seamlessly, with no problems. And, in any case, it’s hard to fathom Ireland winning two away games, as they must, to qualify for next year’s deferred Euros. There might be no collision course after all.

Going back to the domestic front, I’ve been thinking about how the League of Ireland season could logically resume. The timing of it is going to be key, especially given it’s likely to be the other side of the summer before the governors can responsibly allow the action to get underway.

The circumstances are special, but I don’t see a reason for this season now to be played to its completion by reverting to a former format. Up until 2002 League of Ireland football was programmed from September until April or May of the following year. Why not plan for something like that again?

UEFA don’t need to know their competition’s qualifiers until May of 2021, so could this campaign, which is five Premier Division games old, not be resumed in August or September and run until March?

Have one winter season and kick the 2021 league off six or eight weeks later. The situation could be back to normal within two seasons.

And anyway, let’s face it, the calendar as it stands isn’t exactly played entirely over the warmer months of the year. It starts in early February and oftentimes the weather remains poor until May, while the end of the season runs back into the freezing cold months of October and November, when the conditions can be dreadful for players and spectators.

It would be a terrible shame if we were to lose a season, especially if the break goes beyond June, which I dearly hope it doesn’t. By having a ‘winter season’ as a one off, clubs could profit from a healthy revenue stream and allow all 36 matches to be played - I certainly wouldn’t want to see games cut from the schedule.

The EA Sports and Leinster Senior Cups could be postponed for one year if needs must. The priority ought to lie with getting the Premier Division played to its pre-set conclusion.