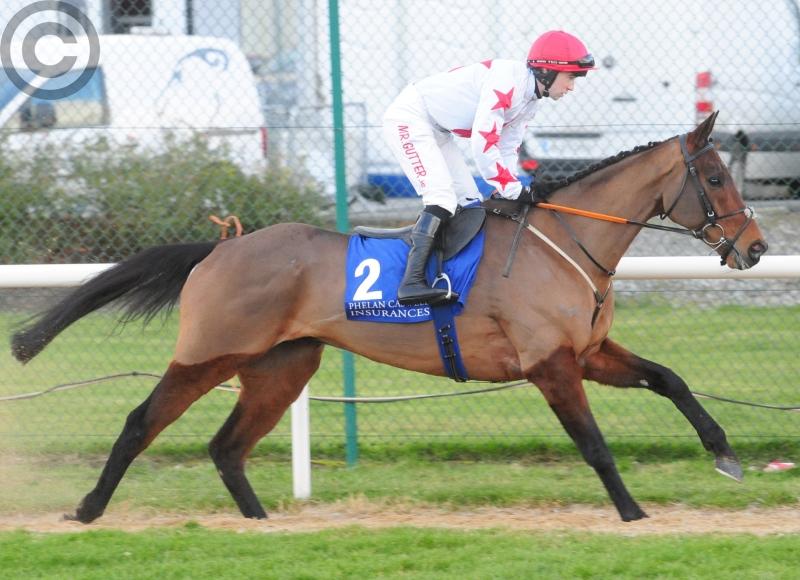 Owned by Mid-Louth’s Pat Cluskey, Simon Fagan and Seán Fanning, the eight-year-old lines up in a typically competitive day one feature, where Epatante and Supasundae are expected to challenge strongly, in good form, having finished impressively in second at Leopardstown in early February.

Moore, a stable jockey for trainer Gavin Cromwell, has roots in Louth, his mother originating from Hunterstown, just outside Ardee.

“I just really hope he gets his day in a grade one and for it to be in the Champion Hurdle would make it all the more special, because he deserves it,” Moore told The Democrat.

“His preparation has been impeccable. He did a piece of work the other day that blew me and Gavin away. Hopefully it’ll mean that we’ll go well.

“He’s such a lovely, honest horse; so genuine. In Leopardstown he had to do it all the hard way. The two in front were gone on and he’d no horse to bring him to them; he’d to do all the donkey work himself.

“I maintain if Sharjah didn’t stop and brought me another furlong, something to help me up to the other two, I think I’d have won. He was just so honest and brave for me. Everything is shaping up nicely.”

Wexford man Moore, 25, has developed an intimate relationship with the Cluskey and Fanning-bred horse and reckons he’s “the real deal”.

“I liked him since day one, since I started going into Gavin’s over a year ago,” Moore added. “Everything about him, he’s a gorgeous, big, scoopy, long horse.

“My first day getting the leg over him was in an unplaced maiden in Wexford and I really fancied him personally. I was really disappointed going home that day because he didn’t win.

“The next day out I didn’t really know what to expect, but he just bolted up and he’s just taken off from there.

“The Fairyhouse run, at the end of last season, was probably just the end of a long season, but as soon as he came back, the first day I rode him at Downpatrick I just knew this horse was different.

“Down in Killarney, he was outstanding; Listowel, he looked good; Limerick, he won a dogged race the hard way; Fairyhouse, we felt if we could run into a place we’d be going well. Going down the back straight that day, in a grade one novices’ hurdle where there’s always a strong gallop, he took a hold of me and nearly half ran away from me. It was the first time I thought, ‘Jeez, this lad is the real deal’.

“I came back into Gavin, Pat, Seán and Simon and said, ‘this lad is a fair horse. Go over fences and this lad will have a right crack at the Arkle’. But Gavin was adamant that it was Champion Hurdle - if anyone knows how to train a Champion Hurdle winner it’s him.”

Asked to rate Darver’s Monday morning, 10/1 price, Moore said: “If Honeysuckle was running in the race it’d be the favourite, so for him to be 10/1 having only been a neck behind at Leopardstown, I’d say the bookies are being generous. It’s great to be going in as an underdog again, but we know what we have.”