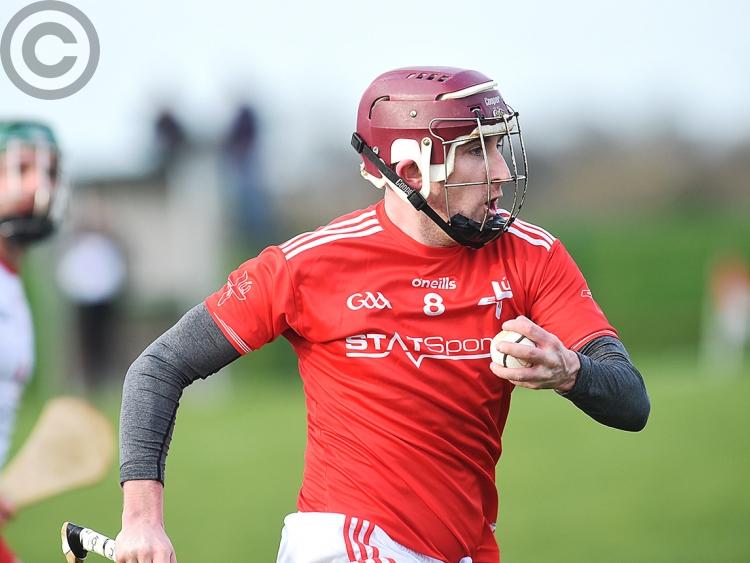 Liam Molloy is convinced Louth hurlers have improved in spite of a winless Division 3A campaign which ended in relegation.

The Knockbridge man, who is in his first season as captain, played in every match as Paul McCormack’s side suffered demotion despite some excellent performances.

However, their most lacklustre display came against Monaghan in round five, their 3-12 to 1-10 loss condemning The Reds to the bottom tier for 2021.

Nonetheless, with a Lory Meagher Cup campaign to come in 10 weeks’ time, Molloy says the team remains unified and looking ahead to potentially better times to come.

“We had our poorest performance at the end, when we needed our best, but we met afterwards on the Sunday for a team meeting and the spirit in the squad is still very good,” Molloy told The Democrat.

“There’s a really good team spirit, so I can’t see anyone going away. We have a little bit of time off and there’s a lot of club football and hurling coming up, but management know that and have given us our bit of time off because they know the work we’ve put in since the start of the year.

“Of course it’s just a very disappointing way to end. When you just look at the table it’s 0&5, but we’ve been training since early November. It’s Tuesday, Wednesday, Friday, Sunday and you wouldn’t be up there on a cold night in Darver if you didn’t love it, if you didn’t want to be there.

“It was a frustrating league campaign because we were putting the performances in, enjoying training and getting better each week, learning as individuals.”

Late losses against Donegal and Armagh were contrasting in style, while the team were highly competitive in the opener against Tyrone, but, ultimately, less so in the games, versus Longford and Monaghan, where the opposition were, on paper, of a similar standard. It is that Louth must learn how to win?

“I wouldn’t say it’s inexperience,” says Molloy. “It was maybe a small lack of concentration.

“In the first game against Tyrone we learned that you have to take every opportunity you can get. Our conversion rate wasn’t really good enough.

“In Longford, we were poor. Against Donegal, they got a last-minute goal; we have to learn to see games out. In Armagh, it was a controversial free that won it for them.

“We’re working on it in training and it’s about getting ourselves into a position where we know we can hold on to a lead.”