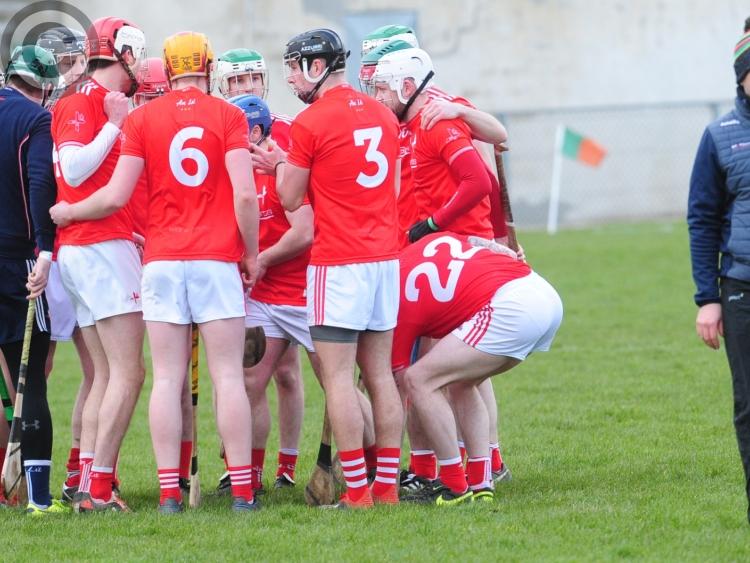 Paul McCormack’s men had gone into the round five affair in confident mood as recent results appeared to show that they were the team in better form. (Pics: Aidan Dullaghan)

Louth hurlers’ relegation to Division 3B of the National Hurling League was confirmed on Sunday as Monaghan prevailed in their derby tussle at Inniskeen.

Paul McCormack’s men had gone into the round five affair in confident mood as recent results appeared to show that they were the team in better form, with narrow defeats by Donegal and Armagh - who will now contest the league final - over successive weekends.

But, in a game they simply had to win, The Wee County produced a below-par performance in failing to retain their fifth tier status.

Their inability to take their opportunities, particularly in the first half, proved costly in a game where they actually led by one-point midway through the second period, before the concession of two late goals sealed their fate.

It was important for the visitors to get off to a good start and they struck over two points, from the sticks of Ryan Walsh and Niall Keenan, inside the opening two minutes.

The Monaghan reply was swift, though, with midfielder Brendan McQuaid firing over a brace in between which top-scorer Fergal Rafter converted the first of his match-winning tally of nine points, from a free. 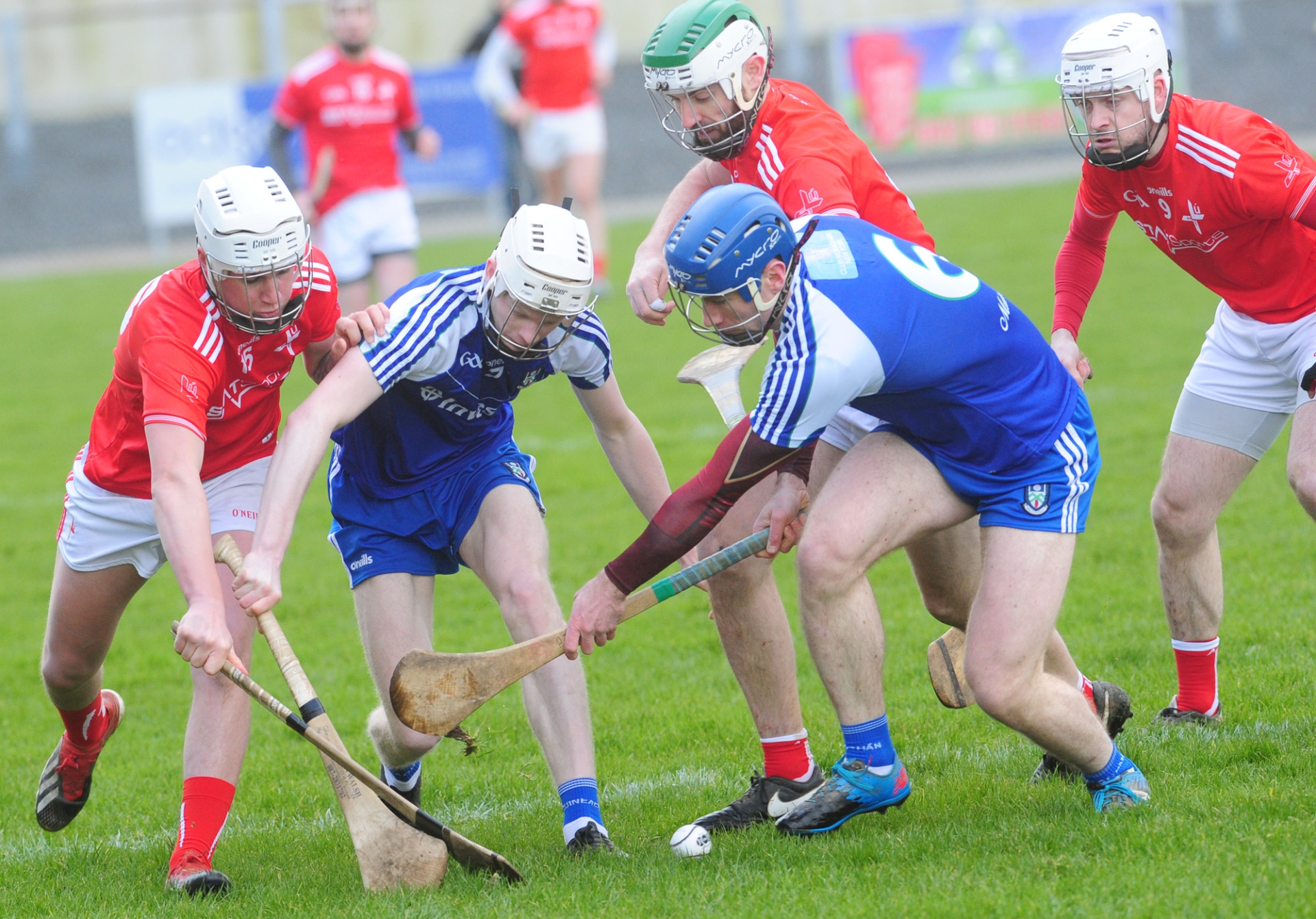 Louth responded with three unanswered points of their own, from a Robert Grace free, Seaghan Conneely and Feidhelm Joyce, to lead by two on 12 minutes.

The concession of frees presented Rafter with the opportunity to take his tally to four points before full-forward Mark Treanor grabbed the game’s opening goal on 24 minutes from close range, 1-6 to 0-5.

Louth had major chances of their own, but failed to take any of them, though they did reduce the deficit with a pointed free from Walsh and another good score from play by Joyce to trail by 1-6 to 0-7 at the break.

The home side doubled their lead on the resumption with good points from play by Rafter and Treanor. Walsh then saw his effort from close range deflected out at the expense of a 65 metre free which second half substitute Darren Geoghegan struck over with his customary aplomb.

A foul on Keenan presented the same player with the opportunity to add another point and now trailing by just two Louth continued to apply the pressure. They would go in front on 51 minutes when the experienced Shane Callan found the net from a tight angle to the left of the post, 1-9 to 1-8. 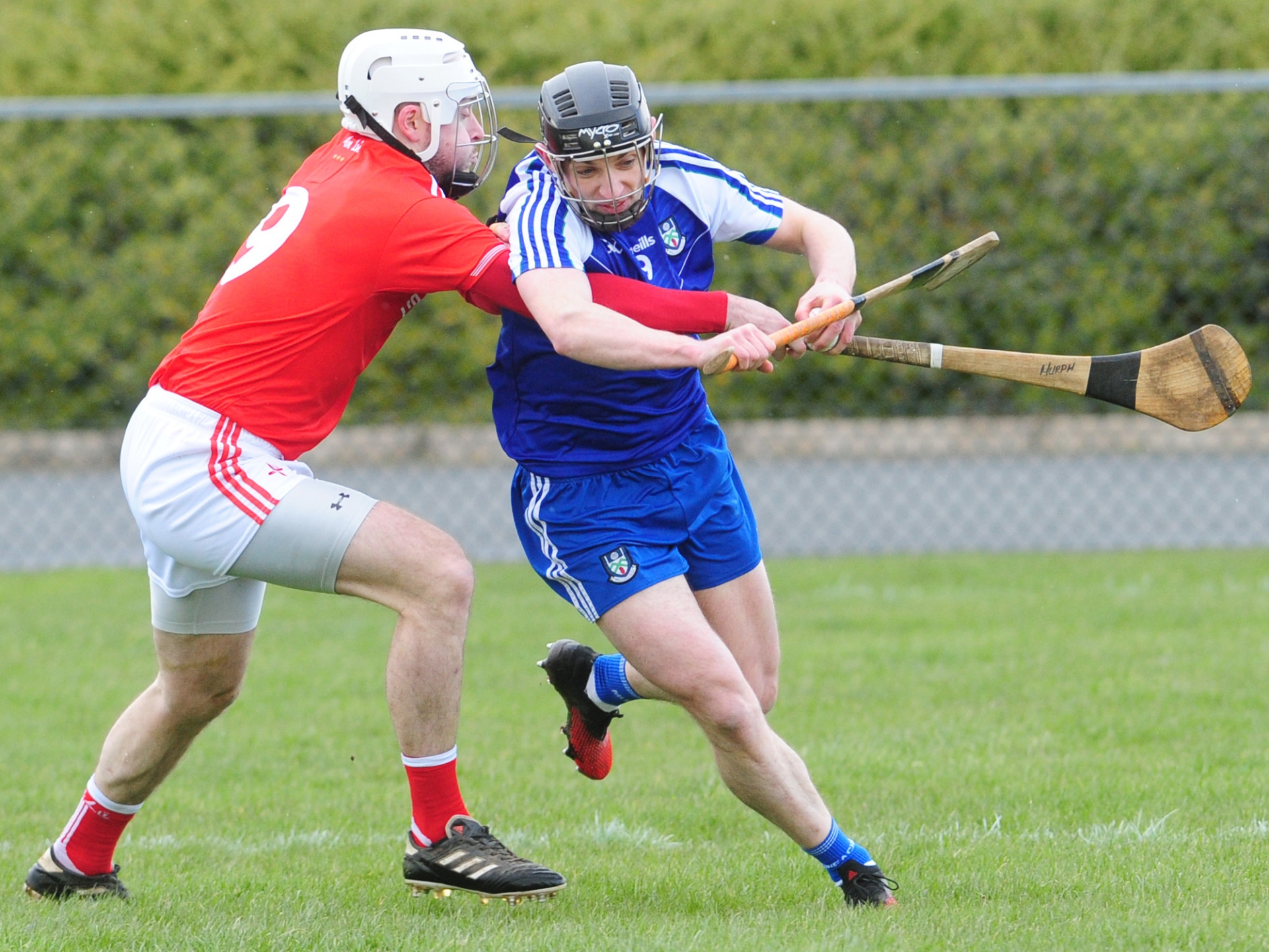 The Louth management would now have expected their charges to drive on, but, sadly, this did not transpire. They soon found themselves trailing again with Rafter grabbing three points in a row - all from frees - but as the game entered the last 10 minutes the visitors found themselves trailing by just one as Geoghegan fired over from a free awarded for a foul on Callan.

That would turn out to be Louth’s last score of this encounter as The Farneymen grabbed a second goal on 63 minutes when Treanor booted the sliotar to the net, as Louth defenders protested that there had been a foul in the build-up to the goal.

Rafter quickly added a point from a long-range free as relegation was now staring The Reds in the face with time running out.

Monaghan goalkeeper Hugh Byrne came out to take a free from inside his own half and his wind-assisted effort caught his opposite number, Gerard Smyth, off guard, the sliotar going over his head and into the net.

Tempers flared in what time the referee had decided to add on with two Monaghan players, Brendan McQuaid and Pauric Malone, as well as Louth captain Liam Molloy, seeing red.

McCormack will now have to find some way of lifting this side as they prepare for their Lory Meagher Cup campaign which opens with a home match against Fermanagh on Saturday, May 16.