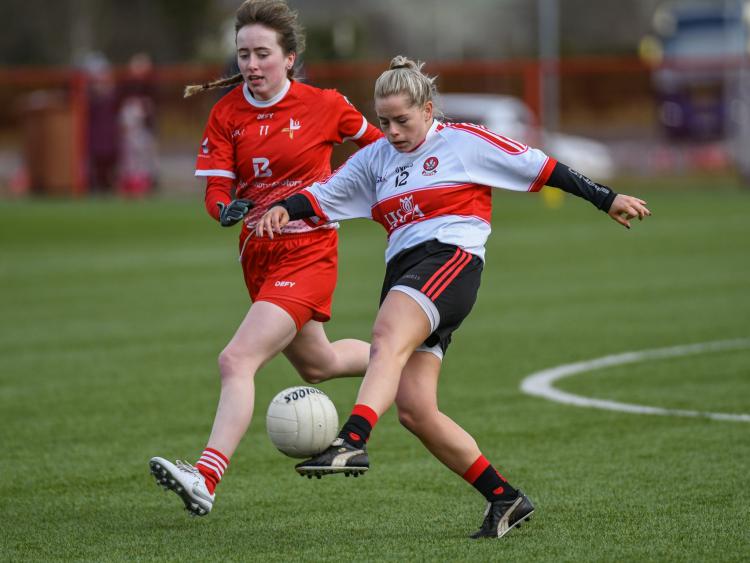 An outstanding performance by Lauren Boyle propelled Louth to an emphatic win over Derry at a bitterly cold and wet Owenbeg on Sunday last.

This latest win, their fourth in succession, means The Reds require just one triumph from their remaining fixtures, against Offaly and Carlow, to claim a place in the Division Four final for the second time in three seasons.

Manager Wayne Freeman took the opportunity to give previously untried options a chance to shine and the Kildare man will have been delighted by the professional manner in which his charges negotiated the problems Derry posed.

He made six changes from the round three win over Leitrim, which could see him with a selection headache approaching Sunday week’s visit to O’Connor Park, Tullamore, to face fellow top-two challengers Offaly.

Derry took an early lead on Foyleside when Erin Doherty converted a close-in free, but while it took the visitors until the 10th minute to get on level terms, courtesy of a Niamh Rice free, Louth soon wrestled firm control.

Rice and Boyle saw efforts hit the post, while a vicious shot by Eimear Byrne was superbly pushed to safety by Derry goalkeeper Molly McBride.

So pressing was Louth’s dominance that Derry didn’t score for the remainder of the half, as The Reds reeled off a further 1-10. 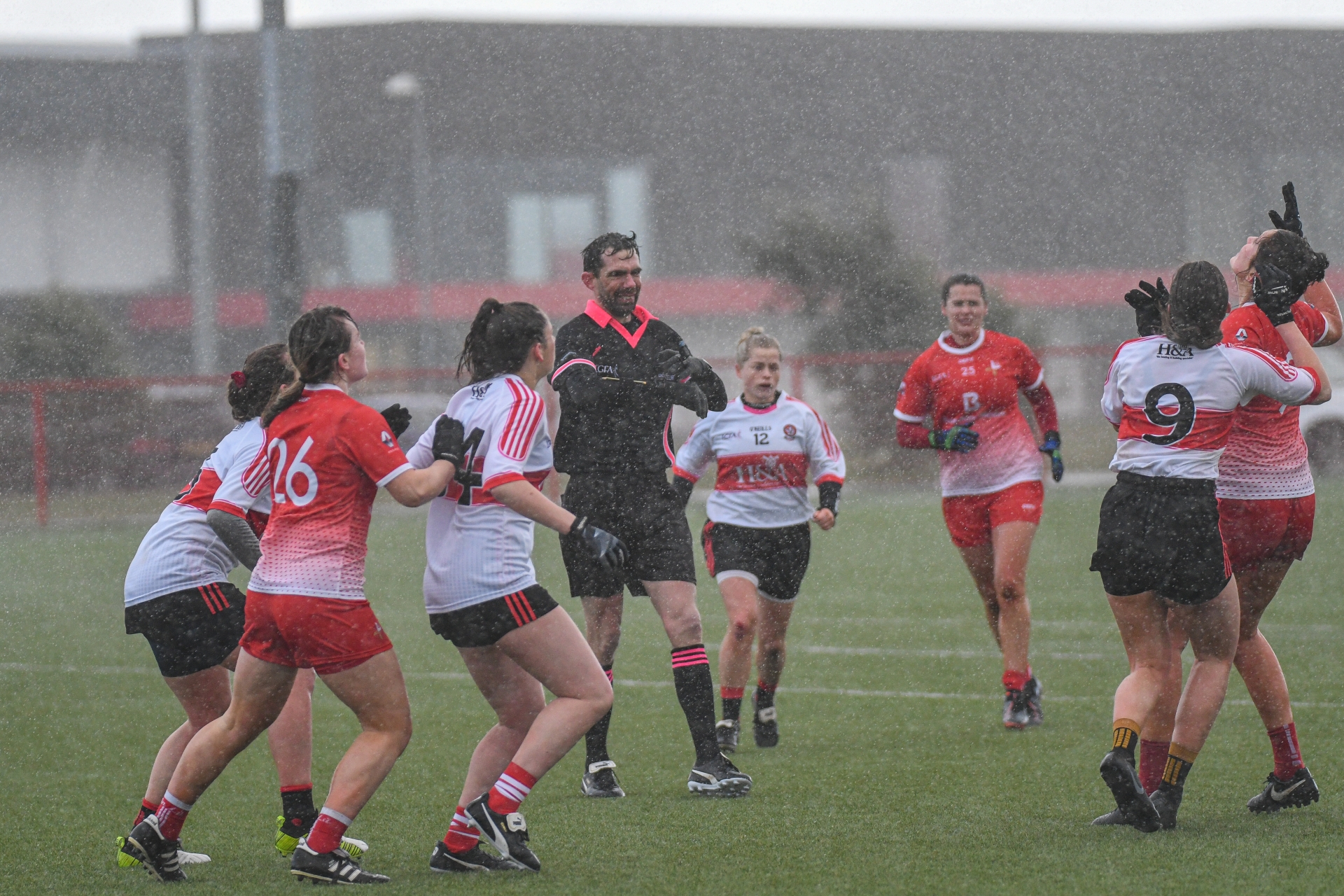 Not even the regular wintry showers and extremely cool conditions could halt the away team’s relentlessness and when Boyle shot high to the net from 25 metres, Louth held a 1-11 to 0-1 half-time advantage.

Any hopes of a Derry comeback were ruthlessly ended early in the second half as Rice, Rebecca Carr, Boyle (4) and Byrne raised white flags before the three-quarter mark.

As both sides emptied their benches Boyle and Grace Conway exchanged points, though there was a lengthy stoppage in play after Louth defender Céire Nolan picked up what appeared to be a serious leg injury.

The St. Fechin’s star was taken to the Altnagelvin Hospital, where, thankfully, the injury wasn’t as bad as first thought, with the player able to make the journey home on the team coach.