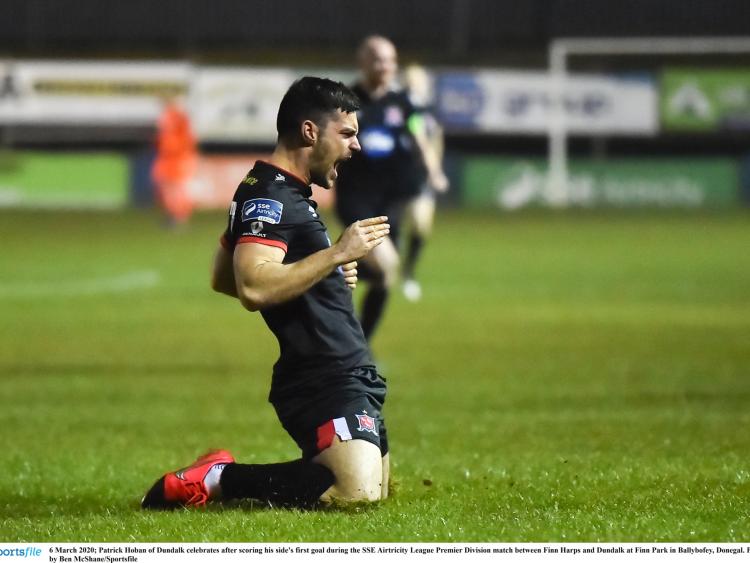 “Pat Hoban, he’s in a really, really good run of form. He had a brilliant week in training and has been hitting the net regularly. He just looks like a really hungry centre-forward.”

Ruaidhri Higgins says Dundalk FC are in a good place having won four of their opening five league games.

The champions face St. Patrick’s Athletic on Friday night in a better position at this stage than in each of the past two, title-winning seasons.

And with Georgie Kelly and Patrick McEleney having returned from injury to bolster the squad, along with Serbian winger Stefan Colovic making his debut, Higgins is confident The Lilywhites can go on a victory spree.

“It’s better than last year and we’ve improved upon last year during the opening period.

“We’re getting players back fit at a really good time and we know if we can get through the next month, picking up wins, we know we’ve got the squad to deal with the busy fixture list in April and May.”

He added: “You see Georgie (Kelly) coming on. Stefan Colovic and Patrick McEleney, it’s great to have those players up and running.

“Pat Hoban, he’s in a really, really good run of form. He had a brilliant week in training and has been hitting the net regularly. He just looks like a really hungry centre-forward.”

Speaking on new signing Colovic, Higgins said: “His movement is very good off the ball and he gets into dangerous areas regularly. I think he’ll be a smashing player for this club given time and a period to settle in.”