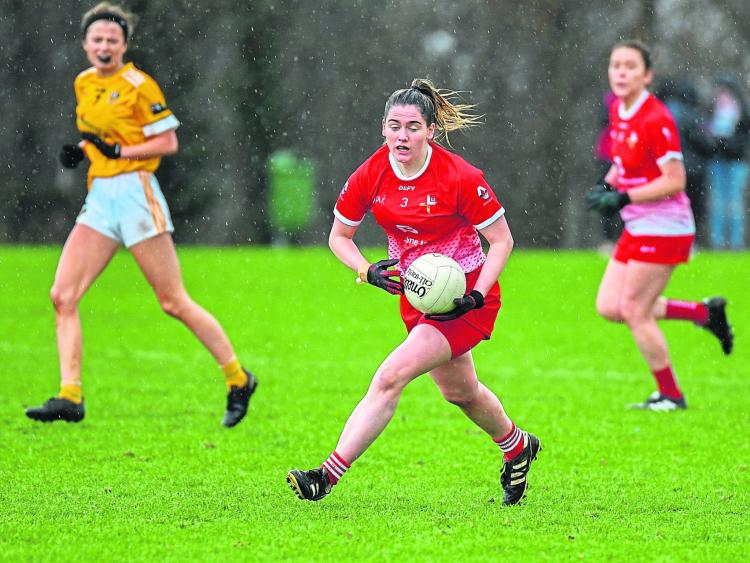 The last time a Donnelly from Cooley played for Louth in Derry, they came off the bench and rescued the game. No pressure on “the baby” of the house for Sunday, so. (Pic: Warren Matthews)

The last time a Donnelly from Cooley played for Louth in Derry, they came off the bench and rescued the game. No pressure on “the baby” of the house for Sunday, so.

It was round six of the 2012 National League when Claire Donnelly’s eldest brother, Brian, was introduced by Peter Fitzpatrick in a crucial encounter for The Reds as they sought to survive in Division Two. His impact was tangible as Louth earned a share of the spoils just days before putting Meath to the sword in Navan.

It’s only a matter of weeks ago that the former Aussie Rules rookie’s performance in that outing was mentioned at a County Board meeting.

The same season, another sibling, Seán, was on The Wee County panel to reach the Leinster U21 final.

Tough acts to follow, but Claire has gone about it impressively, captaining Cooley Kickhams to their first senior championship title in five years, in 2018, age just 18.

“Look, I didn’t have a choice,” the Louth defender says, laughing, when her older brothers’ football careers are put to her.

“Then, once you start you can’t stop. I probably knew it was always going to go this way, it was a football house; there was definitely no escaping it, but then we were very successful with Cooley underage so it’s just the want for more all the time.”

Donnelly adds: “The last time Cooley had won a senior championship, I was only 13 (2013). I didn’t think for a minute that five years on I’d be lifting the cup in Stabannon. That’s a very proud moment.” 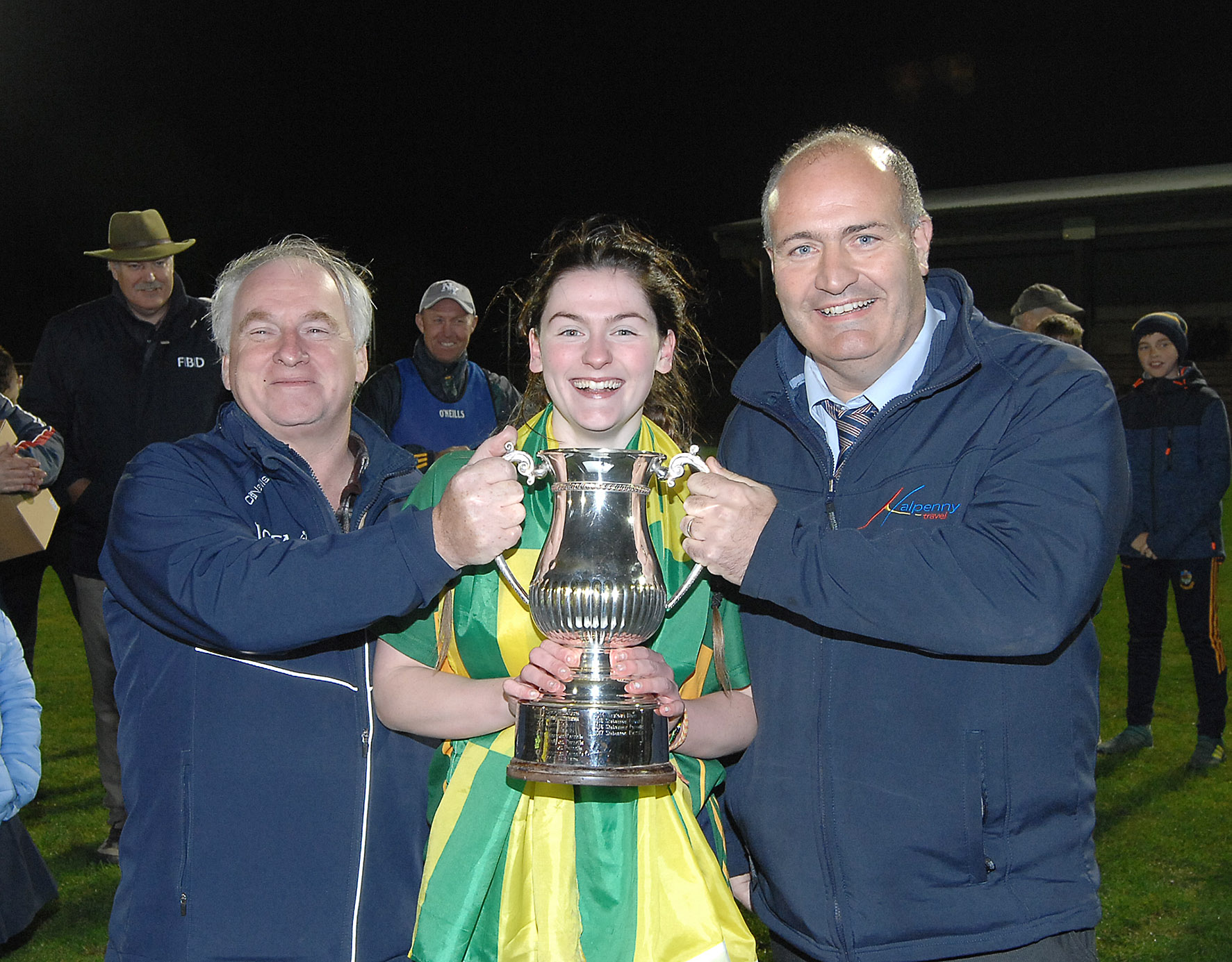 A player with Louth at U16 and minor level, this is Donnelly’s first campaign involved with the county at the highest grade, yet she’s made light of the transition, starting two of the three league games to date, including last Sunday week’s fixture with Leitrim at a ground she knows only too well, Cooley’s Fr McEvoy Park.

The occasion, as well as the outcome, was of huge satisfaction, Donnelly admits.

“I was delighted to be back in the starting XV and I did see it as an opportunity to prove myself,” she said.

“It being in Cooley definitely helped, one of the only playable pitches in the county at the minute! But it was great to have it at ‘home’ and to get the win over Leitrim. I just felt we fought very hard until the end.

“It was the toughest game we’ve had so far, but we knew Leitrim were going to be a tough side and we all had each other geared up for that. I think us all gelling together as a team and working really hard for each other got us over the line; it felt like a final when the final whistle went. We had just put so much into it.

“Now we’re going out every week and trying to better ourselves from the previous week. We’re obviously building towards a league title, but it’s about taking every week as it comes.”

All wasn’t so well back in December, however, when mental reservations over her involvement rose to the surface.

“I was aware that they’d just won an All-Ireland together and they were obviously all very close, which made me a wee bit nervous coming into the panel.

“Though when Wayne (Freeman, manager) approached me I was more than happy to step into the panel and the girls were all amazing; we’ve all gelled together as they did last year, I’m sure. It didn’t feel as if anything was any different.

“I think Wayne and his management have brought a new beginning. Obviously a lot of the same girls are there of course, but they’ve been fair to everyone and given every newcomer as good a start as anyone who was there previously. It all feels very fresh.”

Yet problems still exist. Donnelly and co are possibly victims of their own success with six failing to go into five!

Four goes into four, though. That’s what Louth - and Donnelly - will be hoping to boast come Sunday evening.