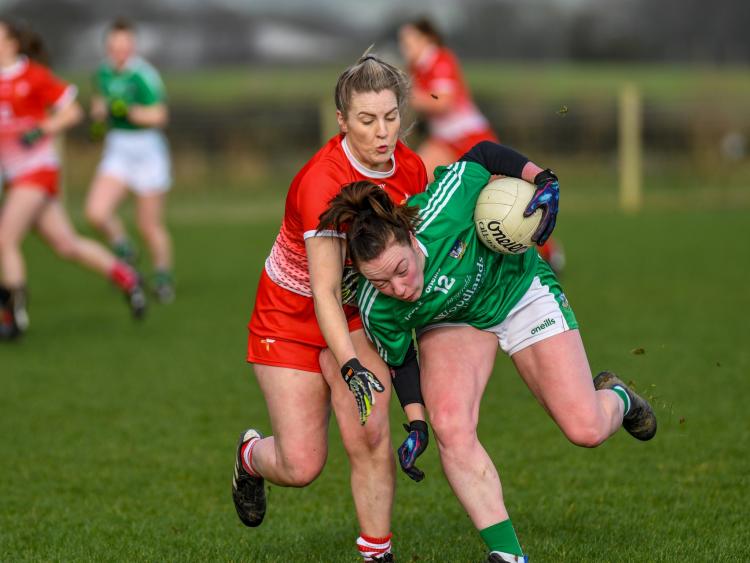 Aoife Halligan has been in and out - without shaking it all about.

The Roche Emmets star is a two-time All-Ireland medallist, though in between the successes of 2015 and last September, the 23-year-old has been unable to nail down a regular place on the Louth senior team.

And it hasn’t been due to ability or performance levels, rather her commitment to off the field matters. Like many of her county colleagues, she’s the all or nothing type.

“I started my masters for primary teaching, which was really full on and it meant I couldn’t commit,” the Mill Road woman told The Democrat.

“I don’t like half doing something so I didn’t want to be taking days off training or things like that. I just said I’d have to give it a break. But Darren (Bishop) rang me last year just as I finished my masters, which I was delighted with and this year I’ve established myself more.

“I think from the first trial game the whole set-up was highly professional and everyone has bought into Wayne’s ways straight away. It’s all very positive.”

Halligan was Roche’s driving force in 2019 as the Rathduff outfit went excruciatingly close to silverware in a variety of forms. They routed top-flight league sides en route to the senior championship semi-final, while coming up just a score short in both the Division Two and subsidiary competition deciders.

Ultimately, losses at the latter end of the season were tough to take and manager Mickey Heeney has since departed. Though, she admits, the boost the runs gave Emmets’ players can’t be underestimated, herself especially.

“It’s about confidence and it’s something that I’m still working on,” said Halligan.

“I have all the confidence in the world at club level so I just need to do the same at county and that’s a huge thing for me, kicking on.

“I had to be a role-model at training for the girls last year and I didn’t ever give less than 100 percent at Roche training. I started my year off like that and said it was going to be for the whole year - which was why he (Heeney) gave me the captaincy - I suppose I just pushed on from there.

“Then people started looking towards us as a better team, especially in the championship where we came out flying. That helped with our confidence, too, believing that we should be there and I do think other Roche girls could be there, because we are a very good team.”

She added: “I’m loving it with Louth this year especially because Louise (Byrne) is there with me. Having another club-mate there makes a big difference.”

Having lined-out at No5 in The Reds’ two National League games thus far - wins over Antrim and Limerick - Halligan is again expected to feature as a half-back against Leitrim on Sunday, a game which pits the division’s only two 100 percent records against each other.

But the powerful right-footer, whose younger sister, Seona, is a precocious talent, is intent on avoiding stress over the opposition. So intense is her attitude, in fact, that she typifies the strong whiff of determination that lingers off one and all within manager Wayne Freeman’s set-up.

“I haven’t a clue what they’re like and I kind of like the way I’m going into these games with nothing in my head; just go and mark who I have to and stick to her without worrying about anyone else,” says Halligan.

“It’s the view that other people have of the county team, we want people to look to us as a serious group of committed girls that aren’t just out taking the piss. Everybody is driving forward and giving 100 percent.

“And the respect we’ve gained through the publicity that you’ve (The Democrat) given us, it all helps. Obviously we’re giving it 100 percent for ourselves, but it’s for other people as well, to look at us and say, ‘they’re a serious group of girls’.”

That’s what it’s all about!