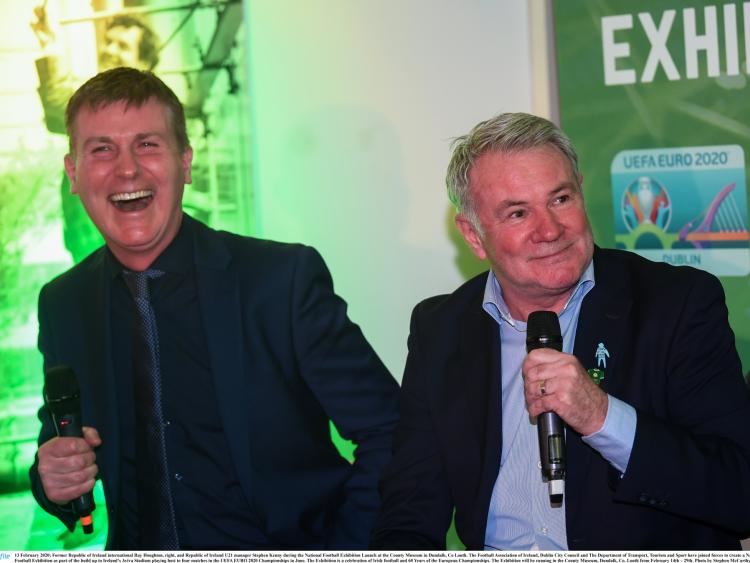 Soon to be Republic of Ireland manager Stephen Kenny is backing Dundalk FC to retain their SSE Airtricity League crown in 2020, but warns that Shamrock Rovers are a force to be reckoned with.

However, Kenny, who guided The Lilywhites to four league titles before taking up the manager’s position with Ireland’s U21s at the end of 2018, believes his former employers could also be on the brink of achieving something special in European competition this coming year.

“It’s an interesting season because Dundalk and Shamrock Rovers are looking stronger than everyone else at the moment,” he told reporters at the launch of the National Football Exhibition.

“Dundalk were substantially ahead of Shamrock Rovers last year. They seem to have strengthened in every department and have a great set-up behind the scenes, with everyone full-time.

“They are seeded in Europe again – we were never seeded before. Last year was the first year they were ever seeded, so it gives them a great chance.

“Dundalk are the strongest overall. You’d have to say that they, having won five out of six now, are strongly fancied to retain the title, but Shamrock Rovers will be trying to wrestle that back and will be the closest team.”

Kenny reckons that Dundalk, like so many of the clubs they have previously faced in the Champions League and Europa League, could possibly dominate their domestic scene for many years to come.

He is also of the opinion that the outside investment the club receives from American-based consortium Peak6 will be a major factor in The Lilywhites’ continued success, both on and off the pitch.

“They deservedly won the league and won it comfortably last season. The squad is very strong and they have a lot of strength and depth. There’s a great infrastructure behind the scenes now and there’s no lack of resources.

“With Peak6 getting involved in the club so much; it could be a period of sustained success for Dundalk. They look like they’re geared to be successful over a period of years.

“It could be a period of domination for Dundalk, but Shamrock Rovers have good resources behind the scenes and have good players as well, so they will challenge.”

The National Football Exhibition, for which Kenny, along with Ray Houghton, Niall Quinn and Stephen Staunton attended the launch on Thursday evening, will be on display at the County Museum in Dundalk until Saturday, February 29.