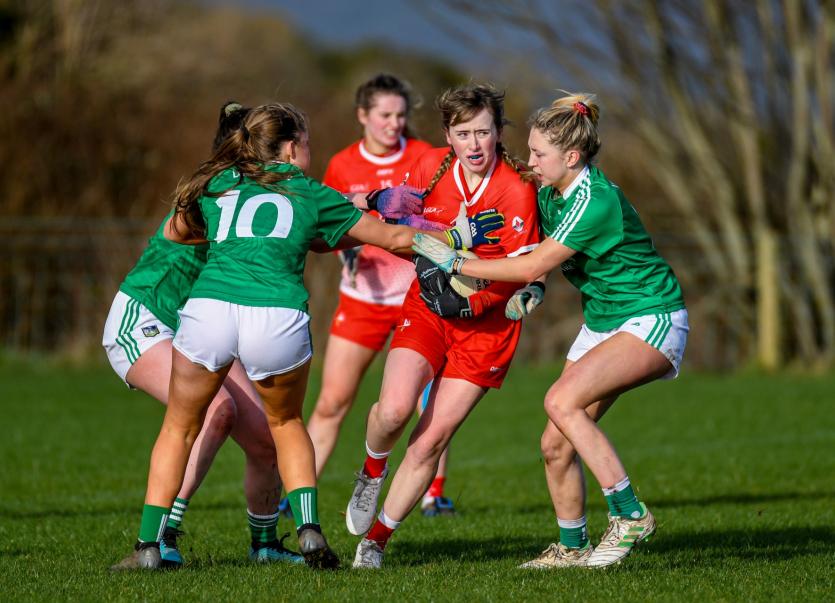 Leading 2-7 to 1-4 at the break, after local star Niamh Rice helped herself to a first half brace of goals, the visitors upped the tempo of their play after the interval, though Louth held firm to the end.

“It’s a fantastic win,” manager Freeman said. “We are delighted with the result.

“The conditions were incredibly difficult to play in for both sides. We played some nice football at times, but, most importantly given the terrible conditions, we battled brilliantly to get the result.”

The triumph will serve as a morale boost to The Wee County, who have a weekend off before Leitrim travel east the following Sunday.

But, according to wing-back Céire Nolan, Louth will approach the affair in confident mood after getting one over on Limerick.

“I think we will always have that little bit of hurt when we’re playing Limerick from the All-Ireland (junior final) in 2018,” the St. Fechin’s woman added. 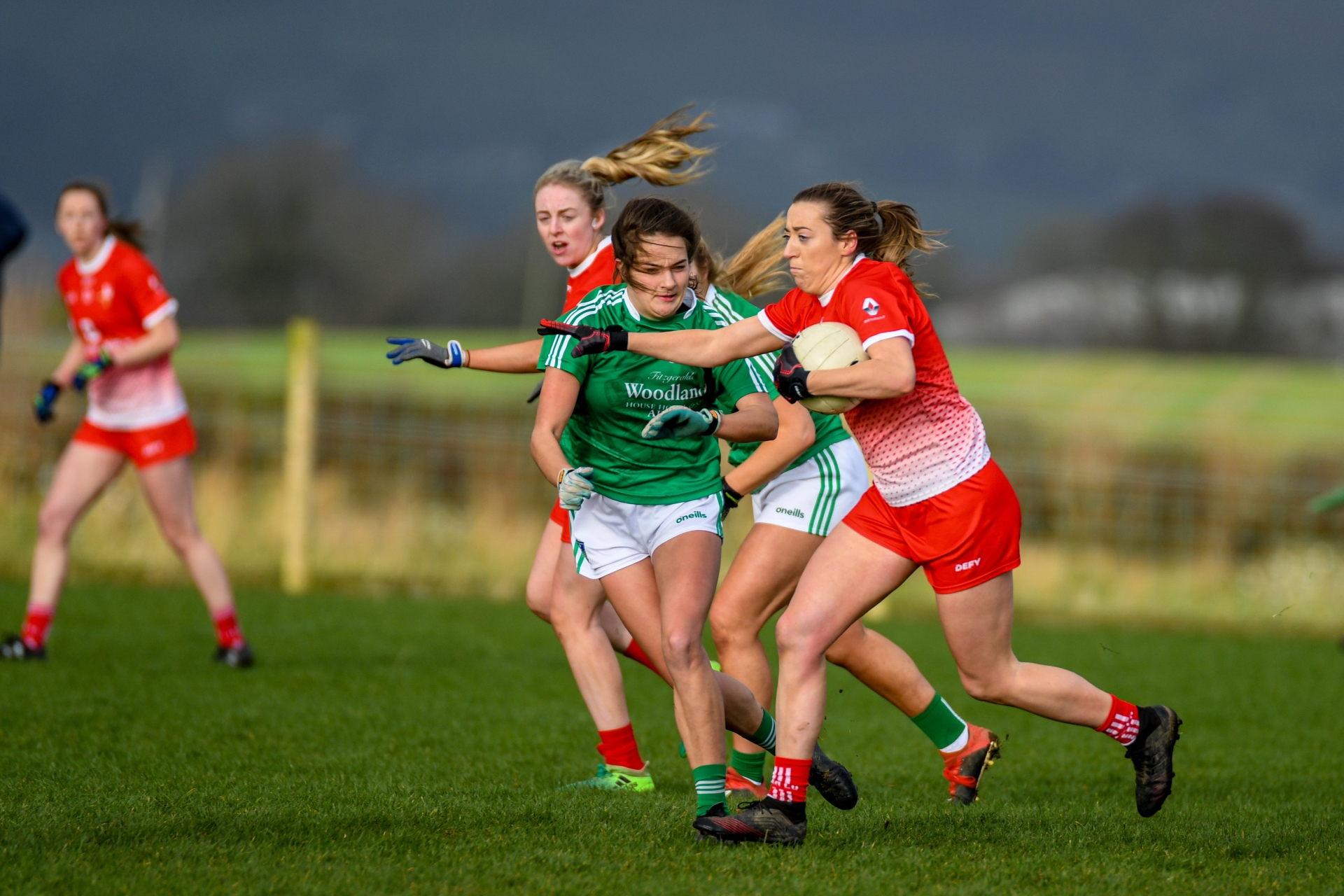 “It was fantastic to get the win today and add another three points on the table.

“We ran the ball very well at pace and you could see we had someone beside us all the time that we could offload the ball to; everyone knows almost where the next ball is going, and that’s from us training together at such a high intensity for the last few months.

“You could see every girl that came off the bench as well was so clued in to what way we were working on the pitch. We work all together as a collective unit and when it works well it’s class.”

FLYING START
A goal after less than 30 seconds had the hosts on course to prevail, as a long pass from home debutante Louise Byrne found Rice, who rounded her marker and smashed a shot high to the net from 20 metres.

Four points were subsequently exchanged as the teams settled into the affair, but Louth pulled further clear before the first-quarter mark when lethal Rice converted another major after fine work by Eimear Byrne.

Boosted by the three-pointer, Lauren Boyle, Rebecca Carr and a brace of Rice points extended the gap to 10 points, 2-6 to 0-2, and the lead could have been more, The Reds having hit five wides in quick succession too.

But just when it seemed as though Limerick had no answers, Katie Heelan availed of a poor Louth clearance to shoot past Una Pearson, reducing the deficit to just five points four minutes from half-time, only for another Rice conversion to stretch the split to six.

The Shannonsiders began the second period brightly, hitting over thrice from placed balls, leaving just a goal in the difference. Rice eventually responded for Louth and moments later the visitors’ comeback hopes were dealt a hammer blow with the yellow carding of Kathleen Bradshaw for a foul on Áine Breen.

And a few substitutions breathed life back into Louth’s charge as Boyle (2) saw The Wee County over the winning line. The triumph did come at a cost, though, influential Glen Emmets player Aoife Russell having to depart through injury.