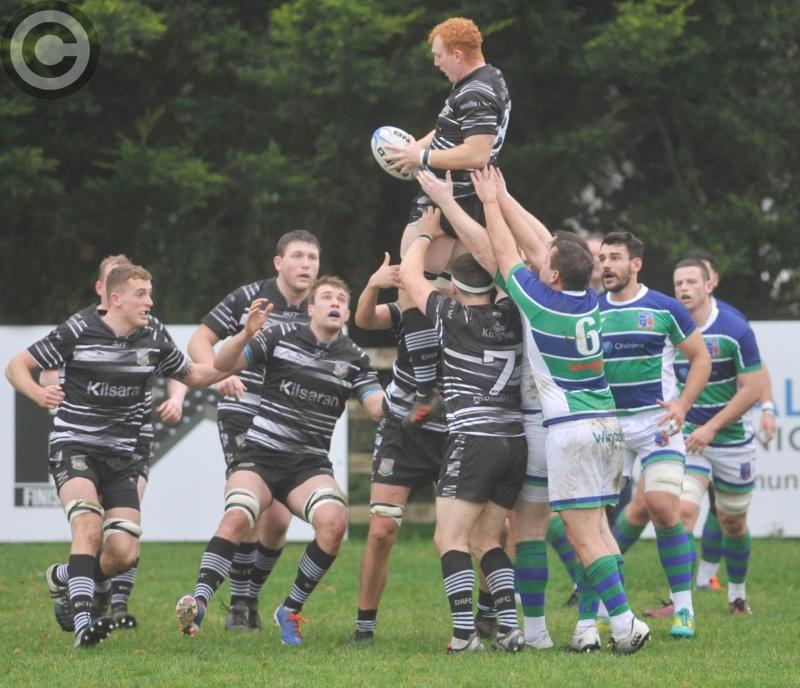 Dundalk RFC's Tiernan Gonnelly takes a line-out during the early season meeting of his side and Suttonians at Mill Road. (Pic: Aidan Dullaghan)

THIS GAME HAS BEEN POSTPONED

The last time Dundalk RFC played Suttonians, they were in the midst of a powerful winning run that stretched to six matches.

They scored four tries in a 29-24 victory that earned Adam Doyle’s team their fifth triumph on the spin. However, on Sunday, they’ll be seeking to stop a consecutive sequence of the losing kind with Dundalk having lost their last five outings, including their two games since the new year.

And their task is a stiff one, with Suttonians winning four of their last five encounters and sitting second in the Division 1A table ahead of their final home game of the Leinster League series.

There is an extra incentive for victory, too, considering the maximum return would ensure they finish second in the standings.
Contrastingly, Dundalk are in the teeth of a demotion scrap and with a growing list of players unavailable, including the injured centre pairing of Willie Schutz and Jonathan Williams, the size of the task at hand is growing.

Seapoint currently sit below the Mill Road men and their run-in, on paper, would seem much more difficult, with an away match against Ashbourne preceding the round 14 visit of Bective Rangers.

Meanwhile, after heading up the M1 to Suttonians, Dundalk host relegated Wicklow on the final day, which presents a viable opportunity for the spoils needed to escape the trap door’s clutches.

Nonetheless, the slump in results has been alarming and sees them enter Sunday’s duel as outsiders.