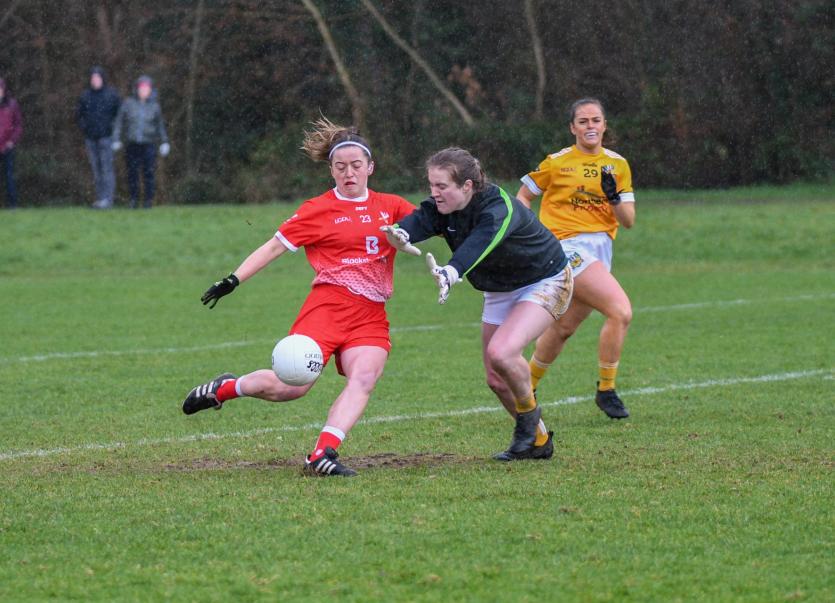 Wayne Freeman’s reign as Louth manager got off to a flying start at the Dub on Sunday after his side demolished Antrim in their opening National League outing.

Lethal Lauren Boyle top- scored for The Wee County, picking up where she left off at Croke Park last September with 2-3, as the visitors ran Antrim ragged on their home turf, setting themselves up nicely for next weekend’s clash with Limerick.

Yet, despite scoring 3-10 from play, Freeman acknowledges there remains room for improvement with tougher challenges a certainty, starting with their so-called bogey team on Sunday.

“We can always improve and that’s what we will try and do this week leading into the Limerick game,” Freeman said.

“I thought we worked extremely hard and played quite well at times (on Sunday) so we are happy about that. But it’s very important now that we move on and concentrate on our next challenge.”

Leading 1-9 to a single point at the interval, Boyle hitting the net for The Reds, Antrim proved to be more competitive after the break as Freeman took a chance to give his reserves their opportunity, 10 coming into the fray in all.

Though Boyle and substitute Aimee McNally, on her return to the Louth jersey, raised green flags to deflate The Saffrons yet further.

“We have a panel of 32 players and everyone is fighting for their position; that’s the way a county team should be,” captain Aoife Byrne added. 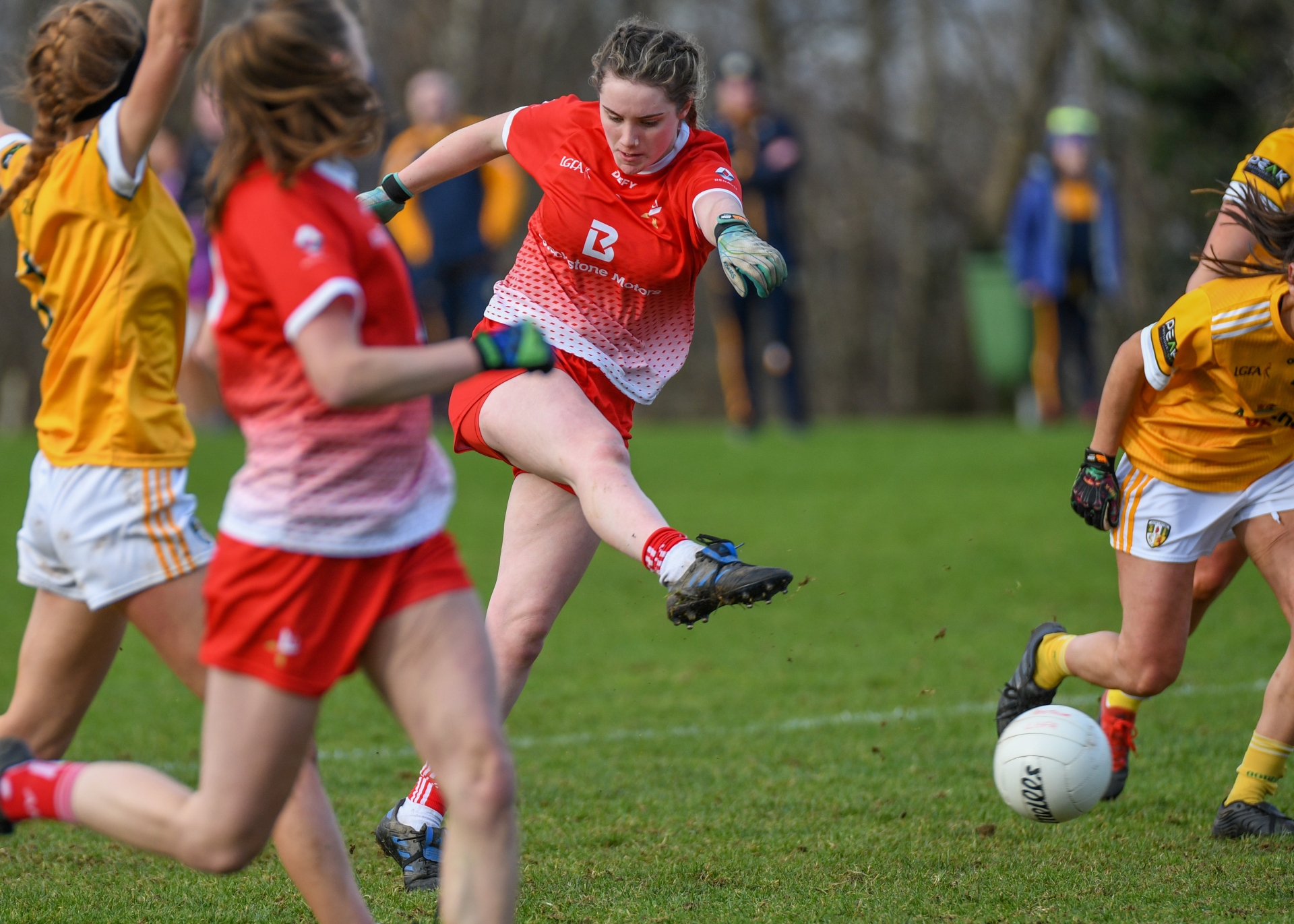 “Today showed that our bench is just as strong as our starting 15.

“It’s a great start to our league campaign. We lost to Antrim in the league semi-final last year so we knew it was going to be a tough battle. But we have built on last year’s success and are going into each game well-prepared mentally and physically.”

RAPID START
The visitors made a bright start to proceedings, Boyle and Geraldines star Rebecca Carr converting in jig-time before, having got themselves on the scoreboard for the sole time in the half, via Nikki Jones, Antrim lost captain Aine Tubridy to a yellow card.

In that time, Louth tagged on further points from Boyle, Niamh Rice (free) and Carr, and may also have had a major, Anna McCann having produced a magnificent stop to deny goalhunter Rice.

But the pressure told shortly before the interval when Boyle got on the end of debutante Louise Byrne’s delivery and guided past McCann. 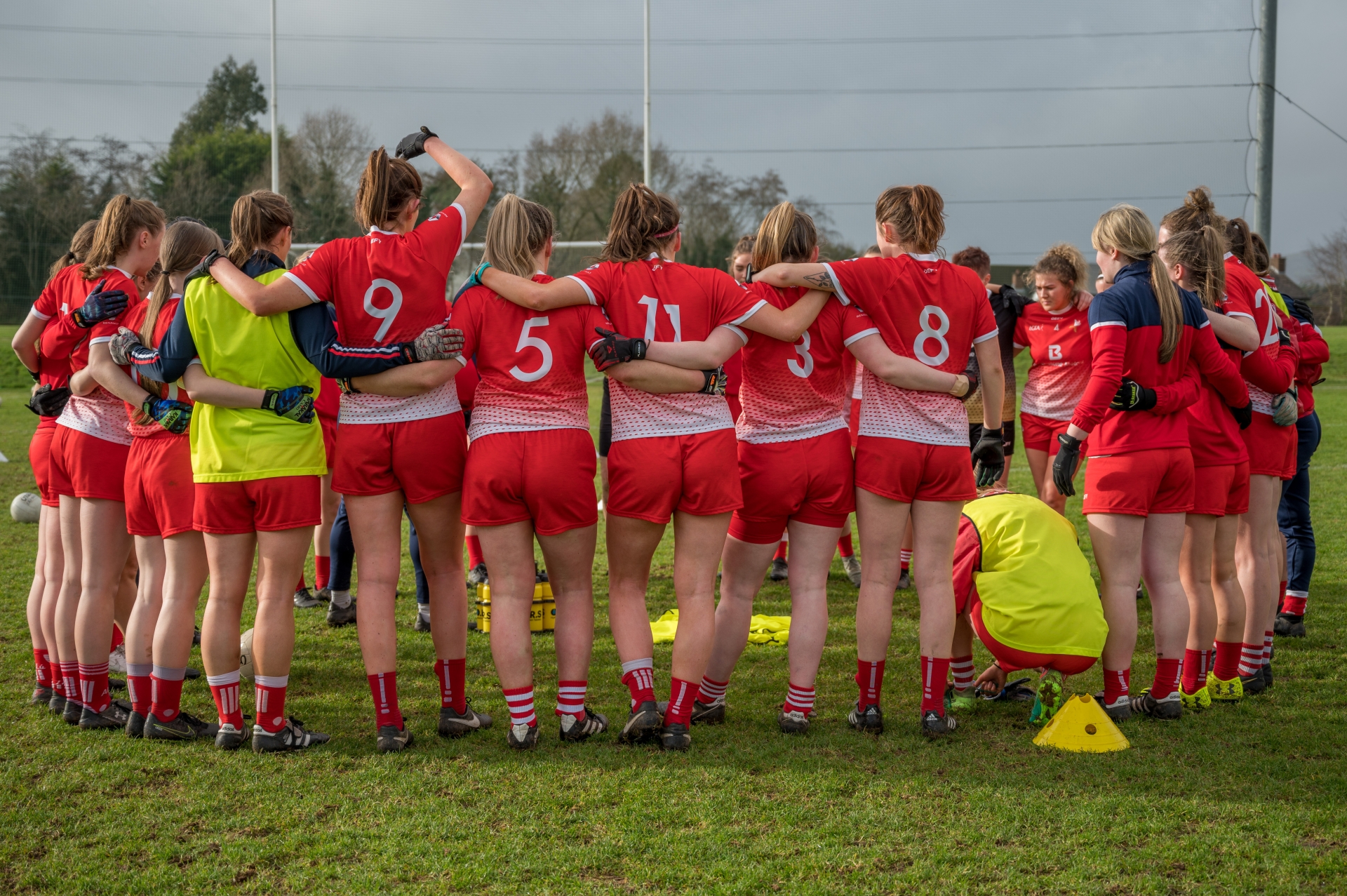 Despite shuffling his pack, Freeman watched his charges begin the second half impressively, Rice and Boyle shooting over, albeit Antrim replied via Aoife Taggart and midfielder Tubridy before Abi Carleton added to the hosts’ tally.

As the sting lessened in the game, the teams resigned to their fates, McCann continued to perform heroics, but she was helpless to prevent Boyle and McNally from adding further three-pointers for Louth.