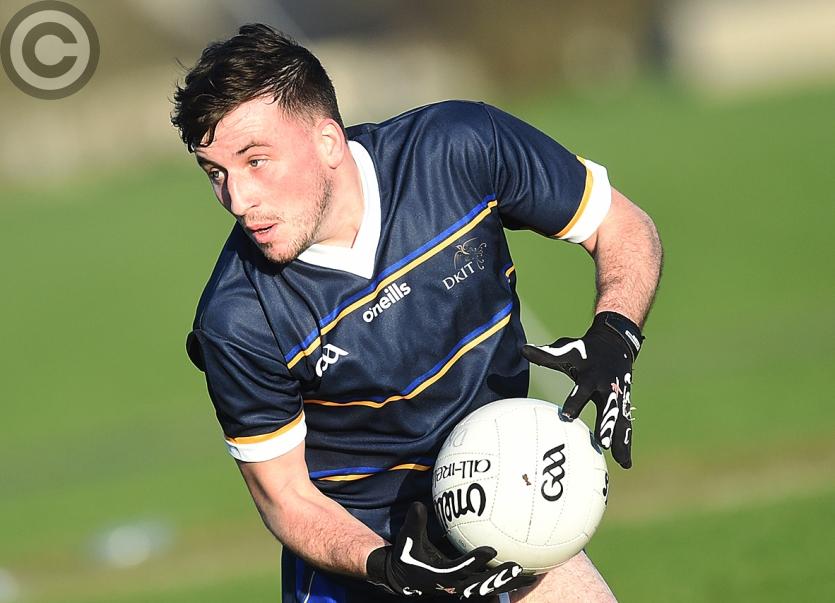 DkIT will have to up their performance levels considerably if they’re to qualify for Friday’s Trench Cup final, manager Oisín McConville concedes.

The Dundalk side opened their championship account with a four-point victory over LIT last Wednesday, though they were left disappointed by their display, given their pre-Christmas scoring average was 5-17 per game.

McConville’s men take on CIT in Portlaoise tomorrow (Wednesday), ahead of a potential decider against either Trinity College or Mary I, who will also face-off this week. The locals defeated the Cork outfit on their way to league glory earlier in the campaign, but they remain acutely aware of the size of the hurdle in their way.

“There’s a huge amount of improving to be done to even put it up to CIT,” McConville told The Democrat.

“The boys won the game (against LIT), but are still going home disappointed. It gives you an idea of the standards they’ve set for themselves.

“We were very lucky to win the game the last day (against CIT) and we’re under no illusions about that. They’ll know a lot more about us this time, but we’ll also have a good handle on what they’re about.

“They’re very strong around the middle and they’ve a lethal full-forward line, so it’s just a matter of stopping that!”

Louth star Sam Mulroy was among a few absent from the round one triumph, with McConville reckoning it would have been “a risk” to play him due to a groin injury.

So, having met for training yesterday evening, the DkIT boss is unsure over his starting XV, especially given the Trench’s crunch period sits between a pair of National Football League rounds.

“Boys have a serious load this time of year and a lot of lads are breaking down, so it’s just a matter of trying to get them fit and ready.”

Goalkeeper Fergal Sheekey will miss out through suspension.