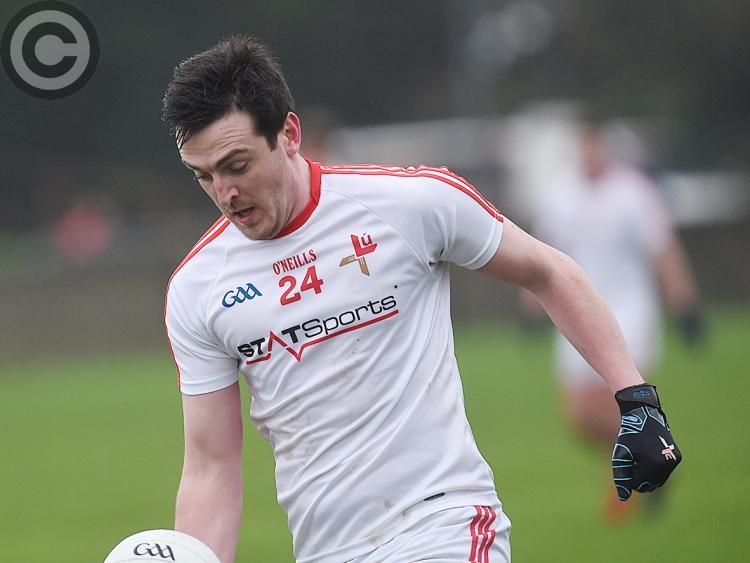 Tommy Durnin is happily institutionalised: Eat, sleep, train, repeat, with an office job at Multihog fitted somewhere in between.

The best player Westerns have ever produced has been The Wee County’s most consistent in recent years, so much so that a Louth team without the rangy midfielder is borderline inconceivable. Not bad for a man who was once referred to your writer as “a junior player”.

A mountainous specimen, who has bulked significantly since debuting as a skinny rookie in 2015, the 27-year-old’s reputation has blossomed as his role has crystalised.

Among those to highlight Durnin’s credentials is Meath legend Bernard Flynn, who told this paper in 2017: “I think Tommy Durnin is one of the finds of the year, in any team. He’s pretty young, he’s a great physical presence, he’s very accurate and is playing in a midfield role.

“I’ve watched him grow in stature and experience and his workrate is immense.”

Yet the praise’s subject doesn’t bat an eyelid when it’s put to him. For the gentle giant, playing for Louth is a dream, one which he’s determined to pursue to its fullest, regardless of its all-consuming tendency.

“You just love it, hey,” Durnin says, through a grin.

“People ask why I commit, but why don’t you? What are people doing? This week: Monday, we did our collective gym session, and afterwards I came home and lay up for the night; Tuesday, on the pitch training. You’re with your mates; Wednesday, I finish work and back to the gym, and you’re home at 10 o’clock; Friday and Sunday, out again. 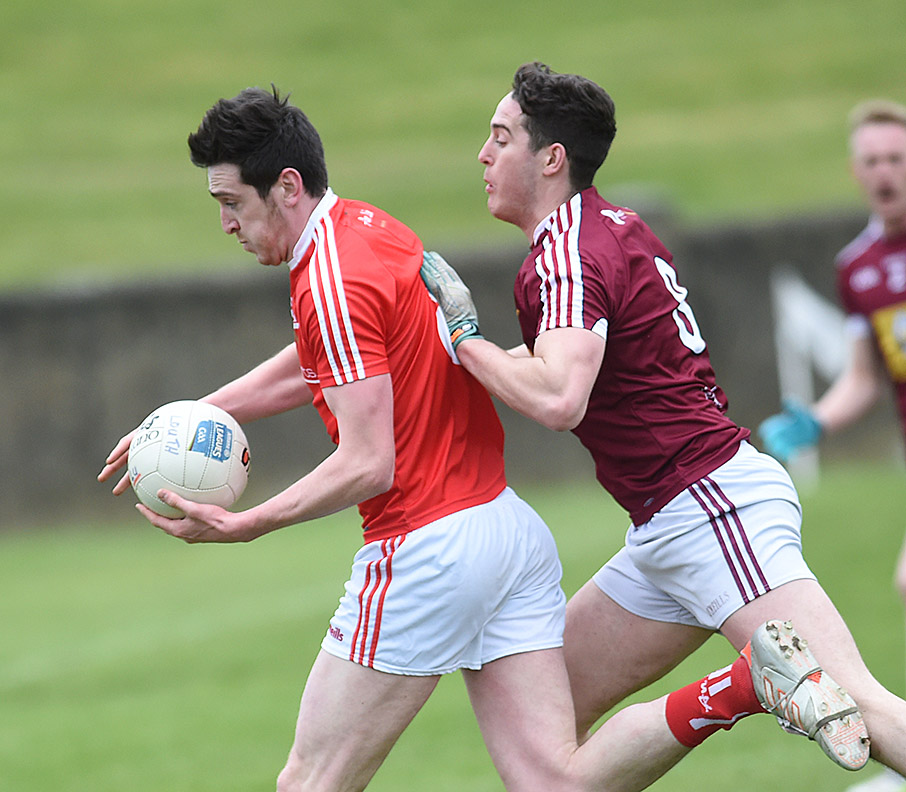 “But I’m not giving out about it. I love it and if you ask any of the other boys, they’d be the same. You put your shoulder to the wheel and the next man pushes you on. Bev (Bevan Duffy, captain) would be a great man for, if you’re not performing, he’d say it straight to a lad.

“It is a large commitment and you see with boys pulling away this year, they’ve a lot on; boys are getting married, building houses and have kids. It’s a big commitment that way.

“For me, I’ve no commitments like those, so I love it. Ever since I was a young fella I went to every Louth game and all I wanted to do was play with Louth.

“Colin Kelly gave me a chance, a massive shot, and people were probably wondering, ‘who’s this guy, a junior footballer?’

“I suppose I haven’t looked back since then.”

SNOBBERY
His passage to becoming the county’s most recognisable centre-fielder since All Star Paddy Keenan has been obstacle-laden. Whenever he entered the fray, prior to establishing himself, the elephant in the room was his background, where he came from. Westerns? Really?

Snobbery is natural, though, and he’s acceptant of it, even if it did make him question whether he would ever realise his aspirations, particularly when first called up by Aidan O’Rourke in 2013. Having trained all year, he never got a game, despite featuring prominently at third-level with IT Carlow, where he won the college’s Player of the Year award.

So, having nailed down a regular berth in Kelly’s subsequent regime, his opting to depart for the summer of 2016 struck a deep chord. Was he doing the right thing? 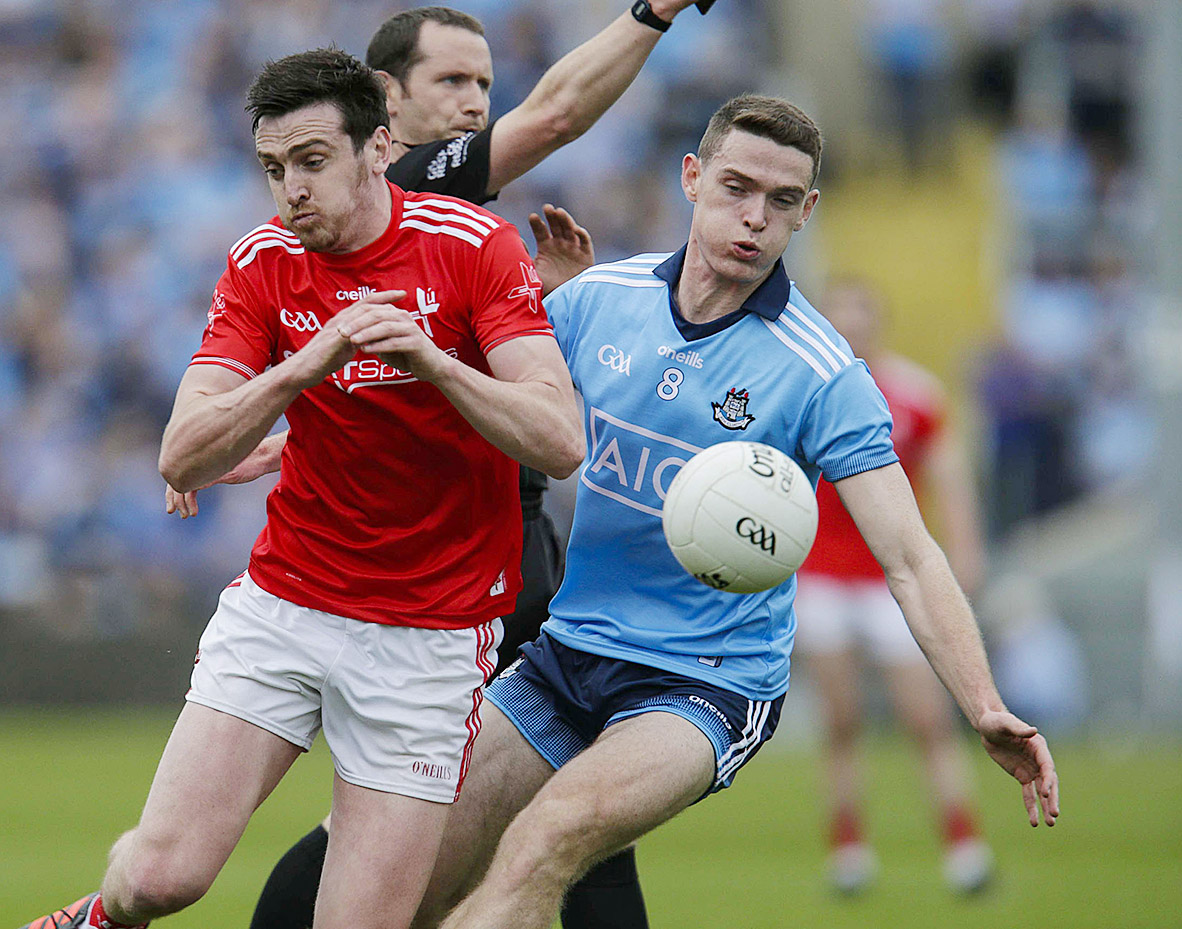 Ultimately, he was. He’s all the better for the interval, given the typical schedule of an inter-county footballer increases susceptibility to burn-out and isn’t entirely conducive to external commitments.

“People have other stuff going on in their lives - kids and families, etc. A lot of guys would love to play, but they also have the respect to say that if they can’t do this, they’re not going to be half- hearted.

“That’s a lot to do with Derek (Maguire), Andy (McDonnell) and Jim (McEneaney) stepping away. They’ve played a long time for Louth and given everything. It’s just time for them to look at the bigger picture, which is difficult because every time I see them they’re wondering what the story is with the team…

Democrat: “Does that mean that your window is only open for another year or two?”

“Mammy still has the dinner ready for me, too. Only for her, hey; she’s a great woman. I wake up in the morning and there’s eggs there; a spoiled child,” he laughs.

RED FERVOUR
Yet the severe timetable does arise obvious concerns and Durnin is well aware of the increased drop-out rate among inter-county players. How much further can the demands go? Well, you’re as well asking the coffee table he’s leaning on, because it seems as though the buyer-by-trade would rocket into orbit if it meant playing for Louth. 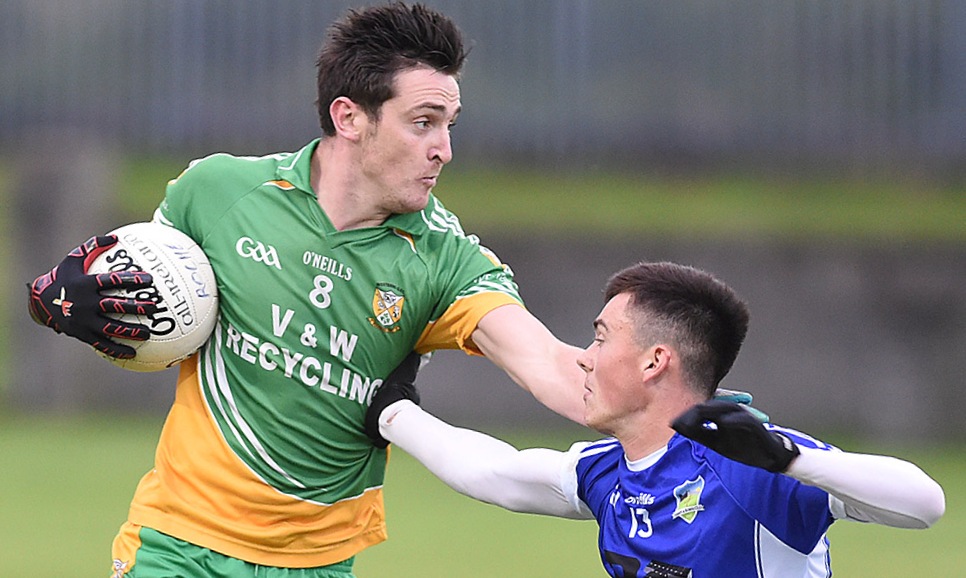 So committed to getting an opportunity to wear the royal red that, surprisingly, he’s all in favour of a ‘B championship’, even if not altogether au fait with its intricacies.

“I would be in favour of the second tier championship, if it’s giving me more championship games for Louth.

“Sometimes it can be too much about the league, training in November to January and then you’re flat to the mat, games, games, games, before being thrown to the club (in April).

“The season could be going so well, then you get to the championship and in two games it could be over. You’re coming back on the bus and saying: ‘Good luck, boys, for the rest of the year’. It finishes very quickly.”

In saying that, the carrot of facing Dublin last year, in spite of the outcome’s inevitability, was attractively dangling and getting those ties annually remains an incentive; a reward, almost, for the nights of slog in Darver.

Above all, though, is the league and how it materialises is the barometer upon which seasons for the majority of counties are now measured. And, for Louth, Sunday, in Longford, is where the process gets underway.

“The league is massive for us,” he says, “We want to get up to Division Two and promote Louth leading into this new stadium. Young fellas coming along, you want them to be playing and performing at the best levels they can.

“I look at Liam Jackson, for example. When I was 20 I was nothing like him and while the O’Byrne Cup is criticised and playing before Christmas, lads were giving out about it, it’s a massive thing for new players to get bedded in.

“And, grand, we didn’t play as well as we should have in the O’Byrne Cup, but since we’ve had a good run-out against London and training has been tough; everything has been done in preparation for Longford and every game after it will be a championship game.

“We want to be in a league final, in Croke Park, but we can only look at Longford and beating them, because it’s something we haven’t done in the last two or three years.

“They’ve been a sticky enough team to play against, but they’ve ultimately gone nowhere. Cork are going to be mad favourites and Tipperary, and rightly so, but we’ll get fit and work hard.”

It’s an attitude he’s well used to, the outlook of a seasoned underdog. Westerns are survivors by nature, accustomed to battling the odds due to being cornered by clubs at every angle, which makes the good days all the better.

LIFE AT 41
Take 2019’s Division 3B title win, the club’s first silverware collection for longer than locals care to remember. It meant every bit as much as a senior championship to Newtown Blues or St. Patrick’s. 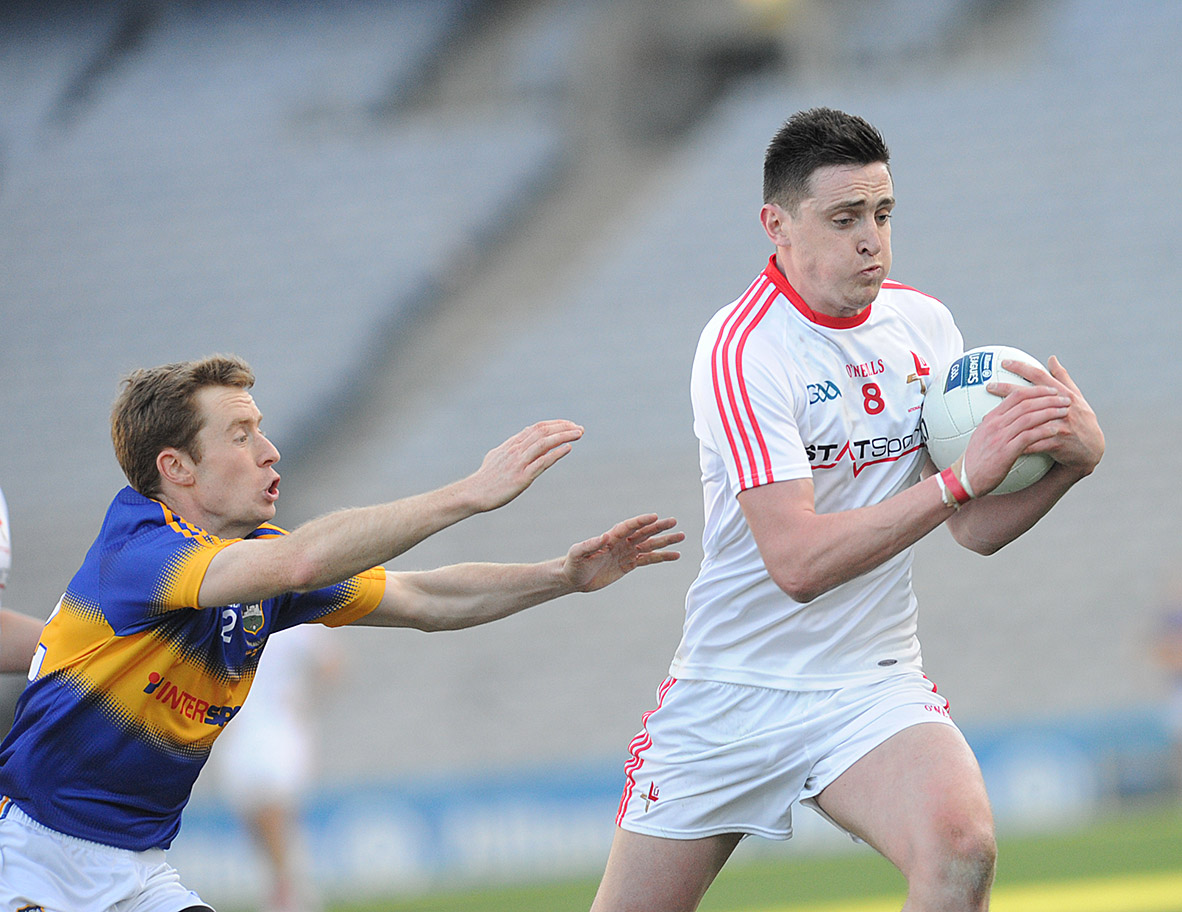 “Some people would look at it and say it was only Division 3B, but you can only win what’s put in front of you and if you saw the number of supporters after the game, the wee kids, Westies flags, it was brilliant.

“Years ago the Westies were in finals and lost, and you’ve old men who all they wanted was a junior championship, or some sort of celebration.

“For the work that’s gone on, it’s good to have something to put up in the new facilities; pictures of the cup and celebrations. It was a good feeling and it was great for the parish.

“And we’ve some great young lads there now, with good potential, so it’s about keeping them wanting to play for the Westerns and hopefully, when I’m 41, I can lift a junior championship!”

Democrat: “What would be the pinnacle?”

Durnin: “The dream for me would be a Leinster final - the journey to it would be incredible - and a junior (club) championship.

As would every man, woman and child in Reaghstown.