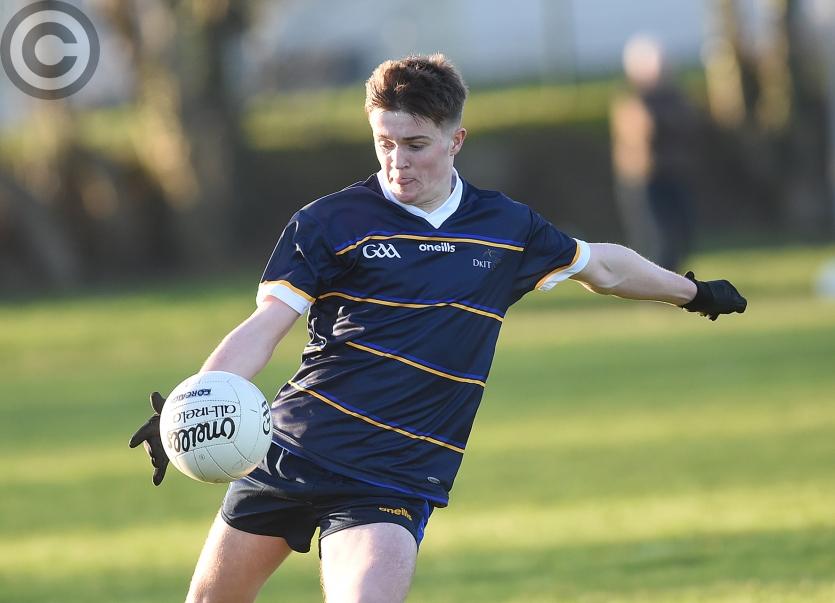 Oisín McConville’s post-match puff of cheeks summed up the tale of DkIT’s Trench Cup quarter-final win over LIT. They limply crossed the winning line as opposed to setting a blistering pace and prevailing comfortably, as had been expected.

“I don’t think we ever looked like losing the game” was how the manager saw his side’s four-point victory, and he is correct, yet the outcome remained in mist until the final whistle, as LIT launched a strong closing push, missing two gilt-edged goal chances. Although, DkIT spurned a pair of their own at the opposite end.

Rian O’Neill, Eoghan Callaghan, Cathal Finnegan and James Wilson were individually outstanding for DkIT, showing keenly at vital times during an extraordinary game which included a stoppage of half-an-hour and a change of pitch.

The winners were 0-9 to six in front, a minute from the interval, when a regrettably-timed lunge from DkIT ’keeper Fergal Sheekey resulted in Conor Smith, the Limerick side’s lively inside-forward, receiving what appeared to be a severe leg injury.

Sheekey’s punishment was red and the lengthy break ensued as medics attended the stricken No10, before DkIT members, in consultation with the match referee, Brendan Cawley, opted to move the affair to the complex’s back pitch, where the first play saw LIT take a free which had been awarded for the incident, which they missed, adding woe to an already difficult situation. 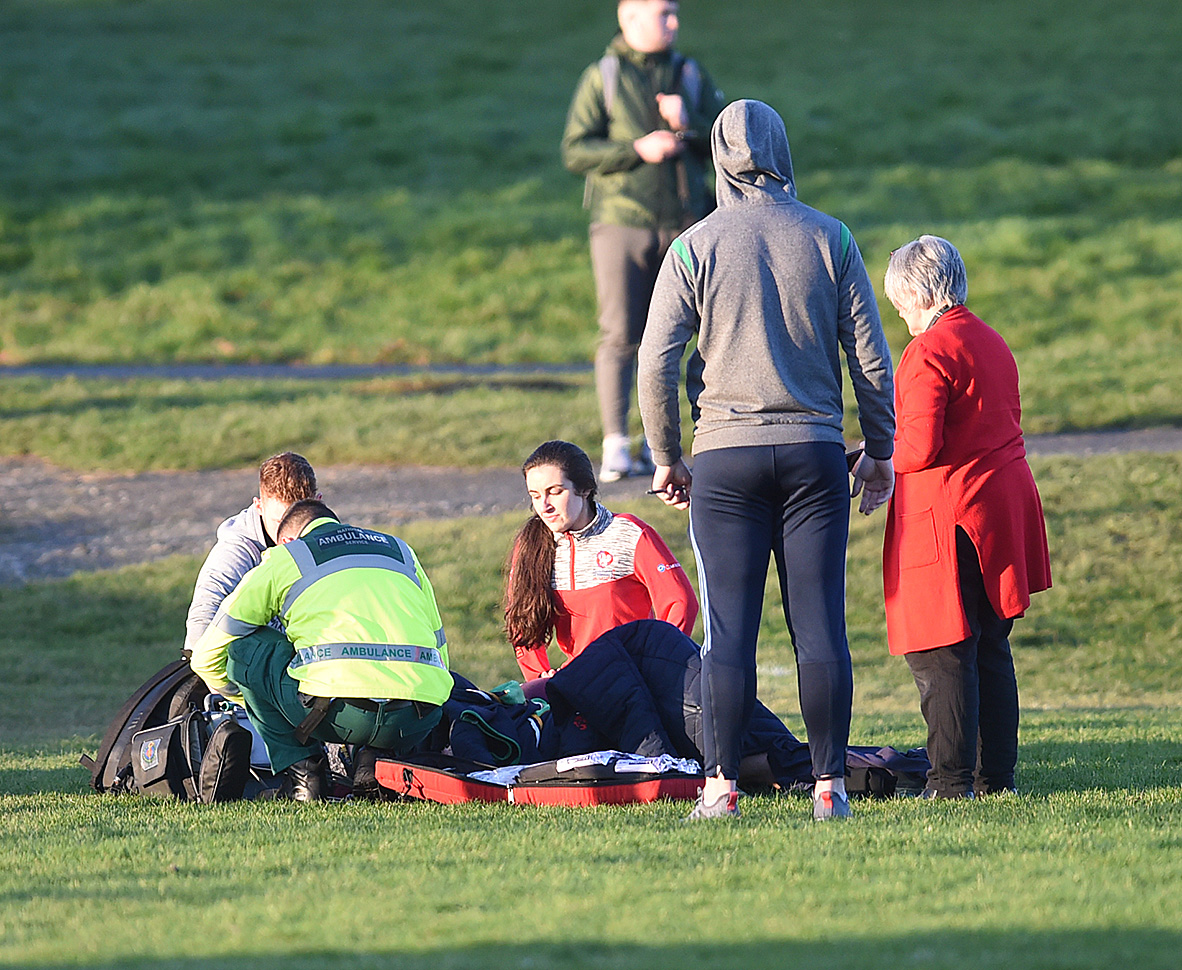 Three of LIT’s first half points had come from Smith and his presence was evidently vital, as DkIT gradually added to their lead, which arrived at double-scores inside the final 10 minutes, 0-14 to seven. That was the biggest split of the contest, albeit LIT were always chasing the affair, trailing for all bar 30 seconds after Finnegan had opened the scoring.

“I’m around football 40 years now and those sorts of things happen. You just happen to adapt and react; our boys, in fairness, reacted well.

“When we needed to win ball at the end of the game, we won it. Big Kearnsy (Niall Kearns) and the lads, they are exceptional talents and we are lucky to have them.

“It was a just matter of ticking this off because everyone is looking ahead to the big one (against CIT) and, for us, it is.”