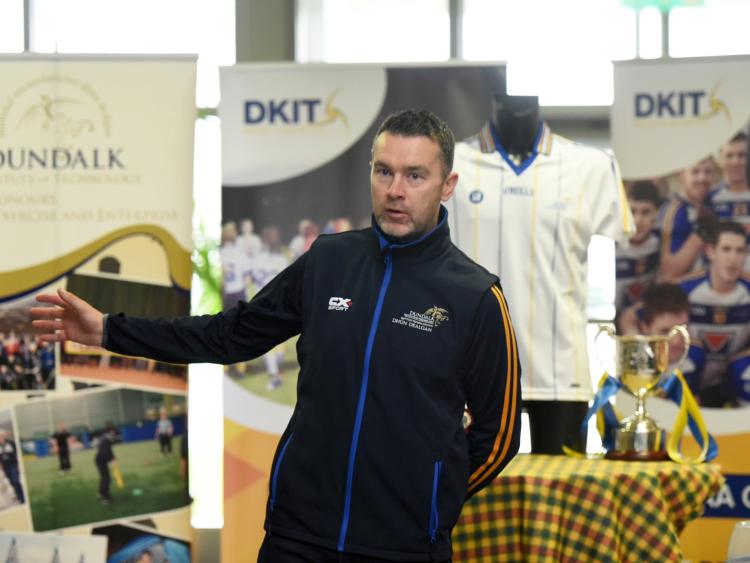 Oisín McConville has described the schedule being encountered by some of his players as “tantamount to madness” ahead of this week’s Trench Cup opener.

The DkIT boss faces the possibility of having some of his star performers ruled out of contention should they progress, as expected, past LIT in Dundalk tomorrow afternoon (3pm), due to National League involvement.

McConville’s nephew, Armagh’s Rian O’Neill, is one such star in limbo, with the Crossmaglen Rangers legend issuing a warning about the present state of the third-level game.

“College football is difficult, more difficult than it’s ever has been,” McConville told The Democrat.

“We see less of the guys than ever before, even if we’re lucky that the players we have, when it comes to game-time, are switched on and ready to go.

“College football is on its knees because of the scheduling. Inter-county games, U20 fixtures and college football all at the one time is tantamount to madness, but we’re like everybody else and just have to get on with it.

“There will come a time where players will be unavailable because they’re playing that much football. The semi-final (January 29) is during the week and the final on a Friday. I suppose that’s where the problems arise.

“I don’t want to look too far forward, but if we were in a final you’d be struggling to get your county players because Monaghan and Armagh both play on the Saturday night.”

“It probably doesn’t happen in any other sport where players are in pre-season and all of a sudden then into the biggest load as far as games that they’ll have all year. A lot of these players come May, June and July will be sitting scratching. It’s mind-boggling.”

And the clash is likely given that DkIT are frontrunners for a third Trench Cup success under McConville’s guidance, with the manager rating his seniors as “up there with the best team we’ve had”.

Credence is given to his claim on the basis of the Dundalk side’s league performance, which saw them claim the Division Two title. In five matches, they scored 28-86, which works out at a game-average of 5-17.

On their way to pre-Christmas glory, their toughest encounter came against seasoned Sigerson Cup material in CIT, who it took a “last-minute goal” to fend off. The teams are in line to meet in the Trench last four all going as it should, with McConville fancying his charges to go the whole way again.

“I’d love to take lots of credit for us scoring what we were scoring, but we just set-up in a way where the forwards have very little instruction.

“They all know what they’re about and some of the football we played before Christmas, I was standing back watching and as impressed as anybody.

“CIT is probably as tough a team as you’ll get. We played them in the league semi-final and it was by far and away our toughest game, so they’re the obvious dangers.

“But we’re strong and there’s certainly no shortage of talent.”