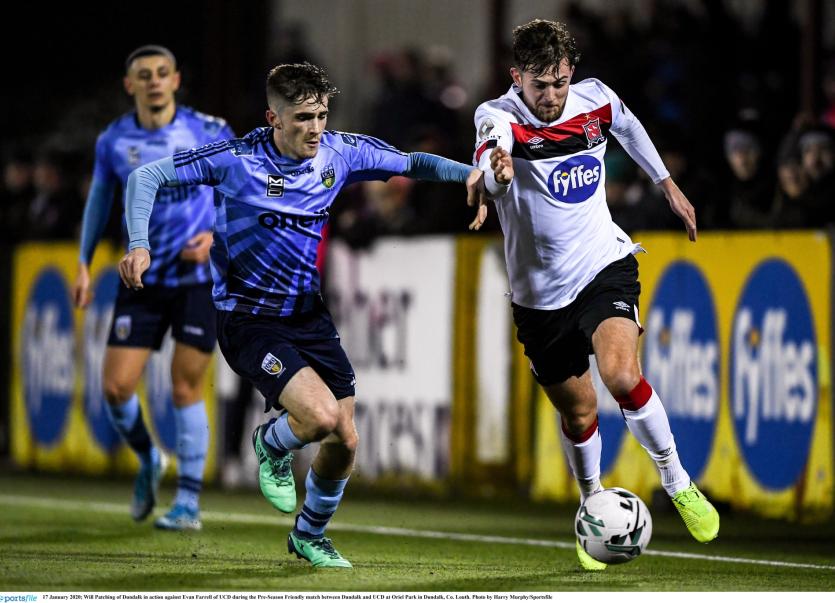 With just four weeks to go before the start of the League of Ireland season, Dundalk FC supporters were given their first opportunity to whet the appetite for the new campaign on Friday night, as The Lilywhites coasted to an embarrassingly easy 7-1 win over newly-relegated First Division outfit UCD.

It was a night in which Dundalk supporters caught a first glimpse of new recruit Will Patching, who was named in the starting line-up, while Darragh Leahy and Greg Sloggett both came off the bench.

One name that jumped off the teamsheet was that of goalkeeper Gabriel Sava, who was on the bench. Sava played with Dundalk between 2014 and 2018 and is currently training with the club.

Also listed as a substitute was American trialist Taner Dogan, who played for the best part of 30 minutes.

Sporting a new shirt to mark a new decade, the champions should have taken the lead early on when UCD’s custodian Lorcan Healey saved twice from John Mountney after a superb pass from McEleney.

McEleney gave Dundalk the lead inside 11 minutes when he headed past Healey from a beautiful cross that was whipped in by Chris Shields, much to the sheer delight of the Dundalk supporters. 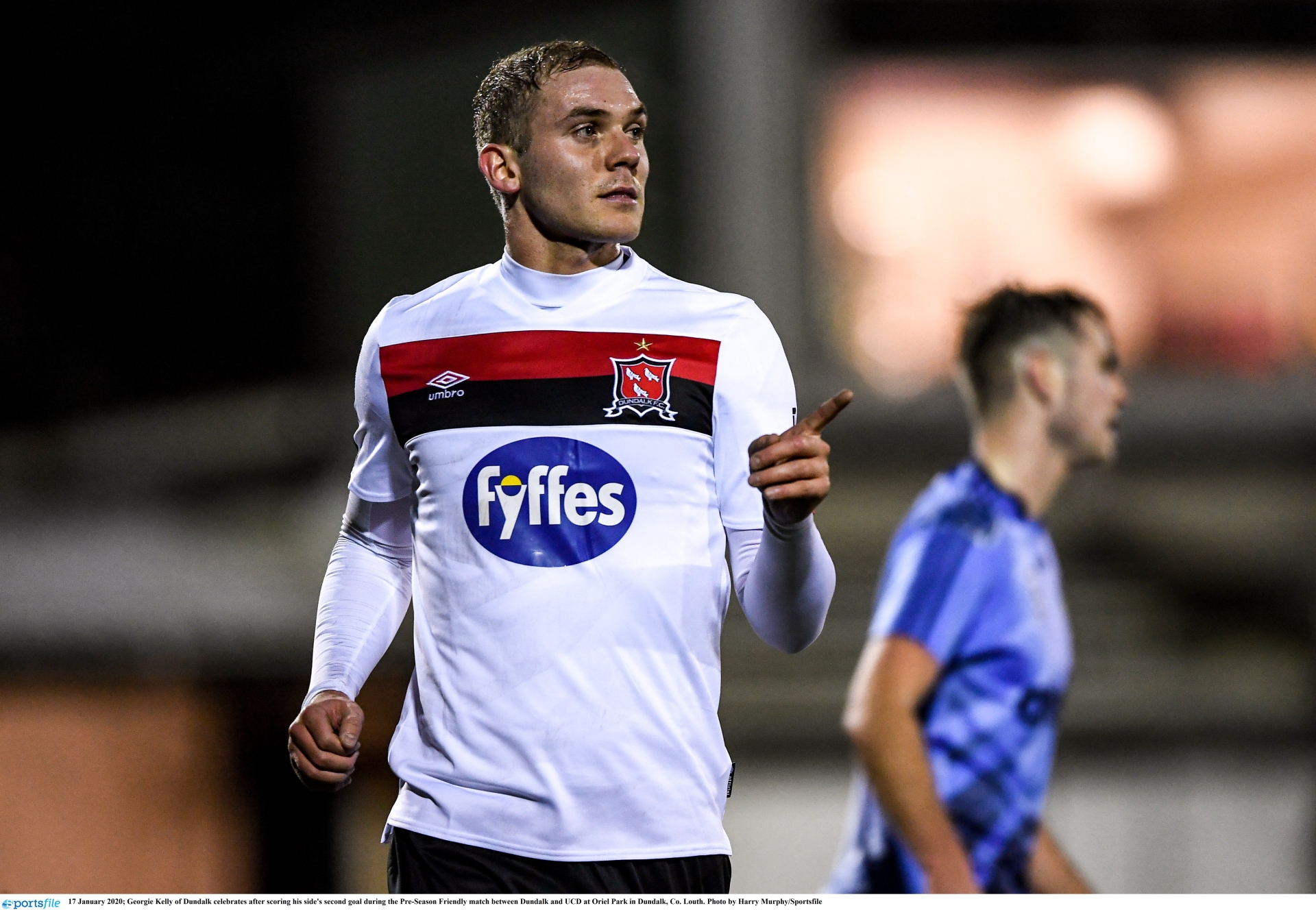 Vinny Perth’s men doubled their advantage seven minutes later when, in a move straight off the training ground, Jordan Flores floated a free-kick into the box which was headed home by Georgie Kelly.

Up front for UCD was Colm Whelan, and he looked particularly dangerous on the night, forcing a very decent save out of veteran Gary Rogers following a lovely slipped pass from Michael O’Keane.

The young striker then pulled a goal back for The Students just past the half-hour mark when he turned brilliantly on the edge of the box before firing a shot into the top corner beyond Rogers.

Dundalk restored their two-goal advantage on 38 minutes, however, when the impressive Will Patching, unmarked, finished expertly from a brilliant floated cross by defender Daniel Cleary.

Just before the break, McEleney fired wide, but had to go off at half-time after picking up a knock as both sides rang the changes, with no fewer than 15 players entering the fray for the second period.

And two of those players, Patrick Hoban and Daniel Kelly, saw their efforts foiled by Gavin Sheridan.

Michael Duffy also came in from the line at half-time for the hosts and he made quite an impact, getting Dundalk’s fourth and fifth goals of the night, both of which were calm one-on-one finishes.

New signing Darragh Leahy also impressed when he came on, sending a great ball into the path of Daniel Kelly, who forced Sheridan to tip over the crossbar as Dundalk searched for yet more goals.

Leahy got himself on the scoresheet in the closing stages, heading past Sheridan, before setting up Hoban for Dundalk’s seventh in the 90th minute as UCD were taught a harsh lesson.

Next up for Perth’s charges is a trip to Spain, where they will face illustrious opposition in the form of Romanian champions CFR Cluj, plus Russian giants CSKA Moscow, before returning to Ireland, where further matches are expected to be arranged prior to the start of the competitive season.