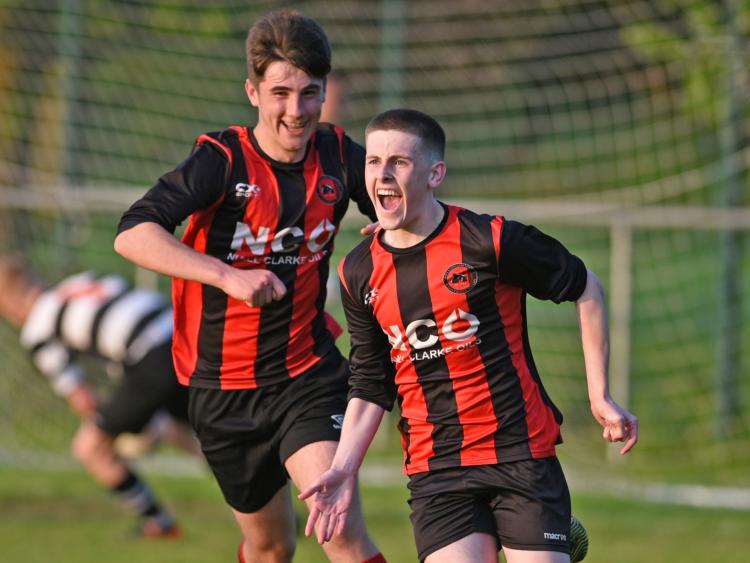 Quay Celtic’s clinical finishing proved decisive against a wasteful Rock Celtic as they ran out 5-1 victors at Clancy Park on Friday night.

The home side established a 3-0 half-time lead thanks to a Taylor Murphy brace amid a fine finish by Terence Kelly.

In the second half, goals by Joe Gorman and Graham Stevens put Quay 5-0 ahead before Cillian Duffy, with his third strike of the season, got Rock’s consolation score.

Ardee Celtic went top of the table by inflicting a first defeat on St. Dominic’s in Ardee on Friday.

Michael Swostakowski, with a hat-trick, proved to be the home side’s hero, moving him to the top of the scoring charts with five goals.

Glemuir United opened their U19 campaign with a convincing 4-1 victory over Carrick Rovers on the Muirhevnamor all weather pitch last Saturday.

Liam McStravick and Kyle Watters put the Glens ahead before Victor Ihemeje added a brace to give them a perfect start.

Carrick’s goal was scored by Cameron Etherington, his first of the season.

Termonfeckin gained their first win of the campaign with a deserved 5-2 home victory over Bellurgan United on Sunday.
Isaac Bona, Ryan Walsh, Adam Kirwin, Conor Sweeney and Ben Sheridan were on the mark for the home side.

Luke Higgins and Oisín Mallon replied for the visitors, who were suffering their first set back.