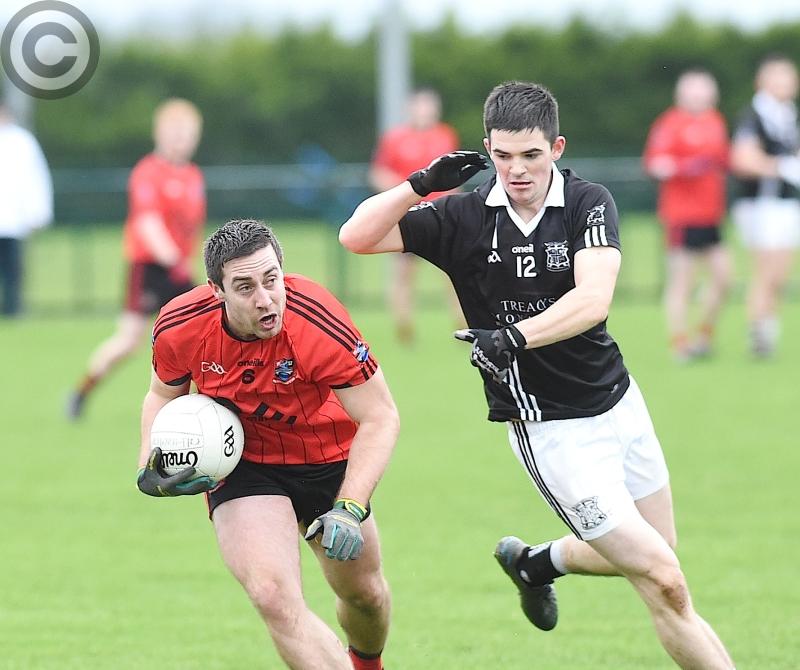 The eyes of the country were focused on Magheracloone Mitchell’s less than two years ago, pictures of the huge subsidence at the south Monaghan club’s Kevin O’Reilly Park featuring on front pages and television news bulletins.

News editors satisfied, the cameras were soon removed from their tripods and drones taken down from the sky. Yesterday’s papers telling yesterday’s news.

But for Mitchell’s, their troubles were only beginning. Where would they play their home games? Where would they train? There’d been a senior championship final appearance the previous year; going one better the next time had been top of the agenda ever since the defeat by Scotstown. Preparations would be problematic.

Neighbouring clubs were more than helpful, Louth’s Annaghminnon Rovers among them. The 2018 season was difficult, however. The championship yielded a semi-final berth but the league was a disaster. Magheracloone were relegated.

Those who contended the black-and-whites were too good to be in intermediate had it right. A 2019 championship success was not only a return ticket to senior, but also the prelude to a provincial win. Mitchell’s had dug themselves out of another hole.

And so to Crossmaglen on Saturday last for an All-Ireland semi-final clash with Mattock Rangers, whose near-perfect display in last year’s Louth championship final was followed by a romp through Leinster.

Hopes of the Collon side doing better than the three previous Wee County winners of the provincial title were shared by many. When Niall McKeown cut in from the right before putting the ball beyond Magheracloone goalie, David Kirk’s reach early in the second half, making it 1-7 to 0-7, hope was edged out by a growing confidence.

No-one at the thickly-populated Cross grounds could have envisaged at that stage Collon claiming just one further score, or, more to the point, Magheracloone adding 0-17 to their tally. That’s what happened, the game ending with a 0-24 to 1-8 scoreline and outstanding Magheracloone midfielder, Gavin Doogan, earning the man-of-the-match accolade.

The Monaghan champions were helped by having a strong breeze at their backs after the break, but there was more than that to a victory that wins them a place in the final, where they will play Galway’s Oughterard.

Magheracloone will give a good account of themselves in the decider and are not a longshot to win it. Mattock can be proud of their achievement – they have a season in senior to look forward to.